Wired and Hungry for Stories 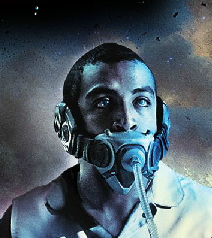 Recently I did a presentation to the staff of the Western Center on Law and Poverty about the search for the narrative.  The idea being that attorneys and support staff, including the folks who raise the money for the organization, could benefit from a discussion about the basics of why and how to tell your good work in stories.  I did ask the gathered who among them wrote outside the context of their work and was pleasantly surprised at the answers.  The people in the room included three ex-reporters, including one for the L.A. Times who’d done an expose about the terrible conditions in some retirement homes.  There was also a woman who with her husband had won money on TV game shows and together they’d written a how-to book on such.

Goes to show you everybody has a story.  That like in fiction where you talk about a character’s backstory, those elements that determine who they are when we come on them in the tale, in real life there are events that have lead us to where we are today as well.  Stories have layers.  There have been studies by neuroscientists attesting to humans being hardwired for stories.  From cave paintings, histories and deeds recounted around the camp fire to hand lettered illuminated manuscripts, storytelling has always been part of us.  Maybe our brains seek order in an otherwise chaotic existence.

Be it reportage or fiction, a good story enthralls us, draws us is and has us wanting to know what happens next.  Today many on the left and right want to know what happens next with the Occupy Wall Street movement – if indeed it is a movement.  Fixed News, as my boy Keith Olbermann refers to Fox News, has got their marching orders straight and either dismisses OWS as a bunch of pot smoking, bongo playing hippies or the precursor to the modern Brown Shirts – or are somehow fantastically both at the same time.  Herman “Black Walnut” Cain said they shouldn’t be blaming Wall Street.  Oh no.  If they’re poor, it’s their own damn fault not financial machinations by hucksters and slicksters.  But those on the other side of the spectrum were, at least initially, also dismissive of OWS.

Dick Meyer, news director for NPR stated in September, “The recent protests on Wall Street did not involve large numbers of people, prominent people, a great disruption or an especially clear objective.”  And Lauren Ellis in a early Mother Jones piece entitled, “Is #OccupyWallStreet Working?” blasted them for various reasons from their tools of bourgeois consumerism, Apple laptops and iPhones,  to having a kitchen sink approach.  She critiqued OWS for having no coherent set of demands or strategies for achieving its goals – whatever they are.  Of course as the actions have continued and spread not just here to L.A. but other cities (I love it as David Weigel reported in Slate there’s been Occupy Las Vegas rallies in the number one town for foreclosures where symbolically the protestors marched past the faux Statue of Liberty at the New York-New York casino) big and small and to other countries, with at times police overreaction being the best pr catalyst, the leftie outlets have moderated their tone somewhat in their now daily coverage of OWS.

Currently there are working groups who I gather come together representing broader input to decide actions, media spokespeople to and the like.  But certainly there’s internal and external pressures to shape and direct this energy that’s tapped feelings of frustration and disappointment bridging highly educated college grads, returning Iraq and Afghan vets, the homeless, unemployed skilled workers and those looking for a cause to believe in.   The search for the narrative is an imperative.  It is significant that this nearly month-long series of actions have affected elements of the national discourse.  As has been noted on various media outlets, the discussion now isn’t just about how much to cut to achieve a balanced budget, but what the hell are our elected doing about jobs, the unemployed and the runaway greed of the one percenters?

In L.A., we’ve had teachers and their supporters doing an Occupy LAUSD (the Los Angeles Unified School District) outside the District’s downtown building protesting the cuts and cutbacks that entity has imposed on teachers and staffers.  We’ve also had several affinity groups ally themselves with the Occupy L.A.ers.  These groups seek to have the Occupy effort push more into people of color communities and address issues such as police abuse.  Yet obviously OWS can’t be all things to all people.  The Civil Rights Movement was broad and deep, but had a core of specific issues it was struggling to achieve.  The same holds true for the Anti-War and the Women’s movements as well.

This whatever it is was kicked off by the Canadian-based Adbusters who state: “We are a global network of culture jammers and creatives working to change the way information flows, the way corporations wield power, and the way meaning is produced in our society.”  Those are mighty lofty goals.  OWS released a mission statement that reflects those sentiments but organizers know yes you need a vision, but can only keep momentum, keep people engaged, by planning and initiating campaigns that carve out pieces of any such vision.  Marching is a useful tool but eventually has to be tied to a strategy of incremental reforms — tangible wins that can be embraced and built upon.  And as much as OWS is leery of pols on either side of the aisle, and well they should be, and being co-opted say by organized labor, a debt is owed to the fightback kicked off in Wisconsin by beleaguered public workers.  Which has now manifested in a recall effort of the regressive governor, Scott Walker

Lastly what with all the creatives and tech types involved in OWS, I expect to see more than the cool posters that have been produced, not that these are anything to sneeze at as there have been some pretty tasty graphics produced.  But where’s the rabble-rousing tracts to capture the peoples’ imaginations?  More than bongo players, there’s been musicians playing and rapping at OWS, so surely some sort of downloadable Occupy This Mutha soundtrack is coming soon.  As plenty of pundits and commentators are writing about this occurrence that has the potential for moving us forward, the way to control the narrative is to create the narrative.

We are wired for stories and we are hungry for the ones Occupy Wall Street can provide.