Taxing the Rich in France

Since French President François Hollande was elected last May, taxes, or “les impôts”, have been the only thing on France’s mind. During his campaign, Hollande promised to pull the country out of the recession, not by implementing austerity measures like his European peers, but by taxing the rich. In a tense European climate where austerity is considered the only remedy (and not one of the causes) of our problems, the Left heaved a collective sigh of relief at his calls for a more equal distribution of wealth.

On the other side of the political spectrum however, alarm bells rang big time as Hollande tried to pass his 75% tax on earnings over €1 million ($1.3 million). Celebrities and the right warned of the mass exodus of the rich fleeing the tax hike to places like London which, David Cameron assured, welcomed the exiles (and their money) with open arms. Among these was national treasure Gérard Depardieu, who relocated to Belgium and took up Russian citizenship in a maelstrom of popular criticism. The Prime Minister even denounced his actions as “pathetic”.

Although the tax law didn’t pass in the end, Hollande returned last month with a proposal to tax companies 75% on the salaries of employees earning more than €1 million. Judging from the last round, it’s doubtful this new law will pass the high court this time.

But, the saga has highlighted the tensions, perhaps greater than ever, between France’s 1% and the 99% – or of those for or against “Gégé”. While the Left across Europe clamours for higher taxes on the rich, the right feels attacked. Finding common ground between the haves and the have-nots at a time when the gap between the two has never been wider, is not going to be easy. For Edouard Leclerc, founder of one of France’s largest supermarket chains, the French Revolution is in the air:

“Whether you like Depardieu or not is not the point. It’s this government’s fiscal campaign against those who make money in this country. Maybe it’s not 1789, but there will be plenty of rich leaving France. And there is a frightening populism on the rise.” Despite its aspirations to bring tax justice to France however, the Left’s tax crusade on the wealthy has taken a major blow this month, after French Budget Minister Jérome Cahuzac resigned for evading €600,000 in taxes. The confession has led to an avalanche of criticism and of other leaders stepping forward to admit the same wrongdoing. (After all, they aren’t called the “Caviar Left” in France for nothing.)

This new scandal has led Hollande to call for the elimination of tax havens “in Europe and around the world” and for the creation of a new agency to clamp down on tax evasion and corruption. But the damage has been done. L’affaire Cahuzac has blown the ruling left’s claims of solidarity and equality to smithereens, leaving the French even more mistrustful of the political elite.

As other European countries follow Hollande’s lead on cleaning up their act, I can’t help but think that these conversations are happening in the public domain now thanks in no small part, to groups like Occupy Wall Street and UK Uncut. They have been key in exposing tax fraudsters, exorbitant bonus and pay packages and putting inequality back on the map. 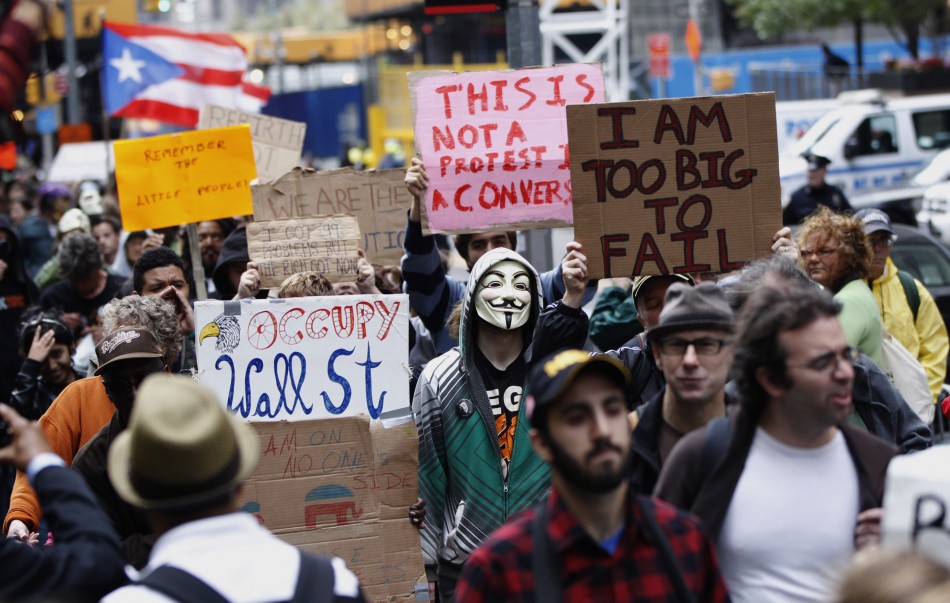