The amount you can learn might come as a surprise if you don’t read the sports pages, and possibly even if you do. Last month I heard David Goldblatt speak, and definitely learned a whole lot about things I didn’t really know before.  In case you want to hear the whole talk yourself, see the video at the end of this post.   It was a great talk.

Let’s take the African Cup of Nations 2010 for starters, what did it teach us?

Now I did know where Angola was, but I did not know that there is an unconnected piece of Angola called Cabinda, and that it has been fighting for its independence for decades. Why does Angola care? Cabinda contains a third of Angola’s oil. So to hold soccer games in this rather out-of-the-way place, miles from any other stadium, was entirely a political decision. Cabinda, we own you.

But that’s still up for rather violent debate, as rebels proved by attacking the Togolese tour bus with its Angolan military escort. Three people died in the ensuing thirty minute firefight. So wasn’t there a peace accord signed in 2006? Well, if you could call it an accord when you pull a rebel out of a Dutch prison where he has been languishing for some time and make him sign something on behalf of loads of other people he hasn’t talked to recently, and that contains nothing about disarmament or amnesty. I’d prefer to call it fraud.

And so the rebels attacked a soccer team’s tour bus.  For more on the dark side of national politics, you can read  David Goldblatt’s article, “Africa and the Cruelty of Football.”

And of course, there are the direct connections between teams and politics, Goldblatt gave another example of a trip to Israel, where soccer teams correspond to different political factions. He looked particularly at Beitar Jerusalem. Over the past 70 years it has become increasingly tied to the extreme right wing, fans planting soccer club flags beside those of settlements. During half-time you will customarily see  some fans gather to pray. When asked why, the leader of “La Familia” faction said “This is my country … When I see one million Muslims praying in my country, it makes me nervous.”

The even darker side of fans, read Goldblatt’s  “Football and Politics in the Holy City.”

And at the other end? Sport furthering positive resistance. The Mathare Youth Sports Association. Started in the slums in Kenya, it essentially began as a one man operation. He acted as a referee and lent soccer balls to youth who organized themselves to clean up a place to play. Entire leagues run by youth themselves formed this way, so much time spent volunteering in community self-help, and then they could play. This has since spread to work on other issues from Aids to child labor. I don’t know how well it addresses structural issues, but mutual aid is always good in my book. 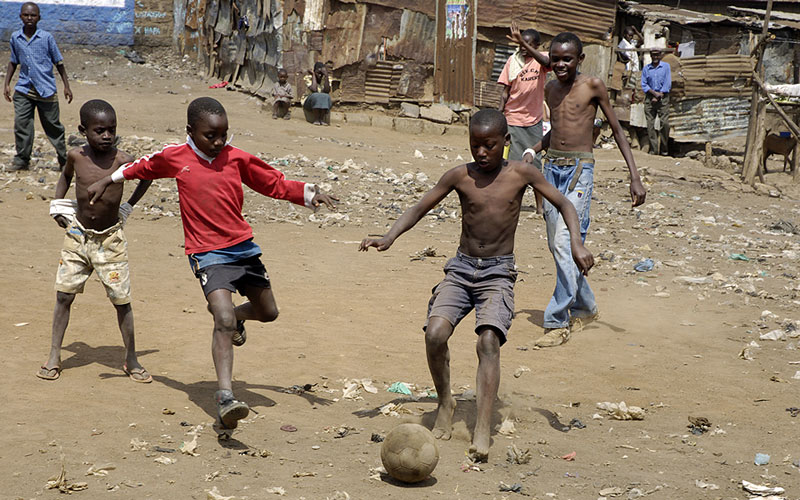 So! There’s so much more to say… Another great sports blog that connects sport, resistance and politics is Dave Zirin, the Edge of Sport. And I didn’t even start on the Premiere League or hooligans or…well. There’s time.

To the claim that team sports are only bread and circuses? If you’re like me you’ll say “oh hell no,” and then think, and say, “well, some of it is.” Not the love of the game, the love of play, that feeling of solidarity with others. But I’d say we should be critical of the politics of it, and it’s probably as good a way to learn about the world around us as many others. 90 days to the World Cup, and a the whole world will be holding its breath at the politics and wonder.