Monopoly City is yet another variation of the classic Monopoly game, and it continues the time-honored tradition for winning:   whoever ends with the most money and buildings wins.  But there are some urban  twists, which are:

Game board: The center of the game board is where you build your stuff — buildings, apartments and office buildings, etc.  One unique building is a stadium, which requires some land assembly, but in the end makes you wealthier in general (stadium owners get more money when they pass Go).  Sounds like real life.  The gizmo in the middle of the game board does two things — it lets you know how many lots you can build on during your turn (between one and three) and it times (60 seconds) your negotiations with other players. 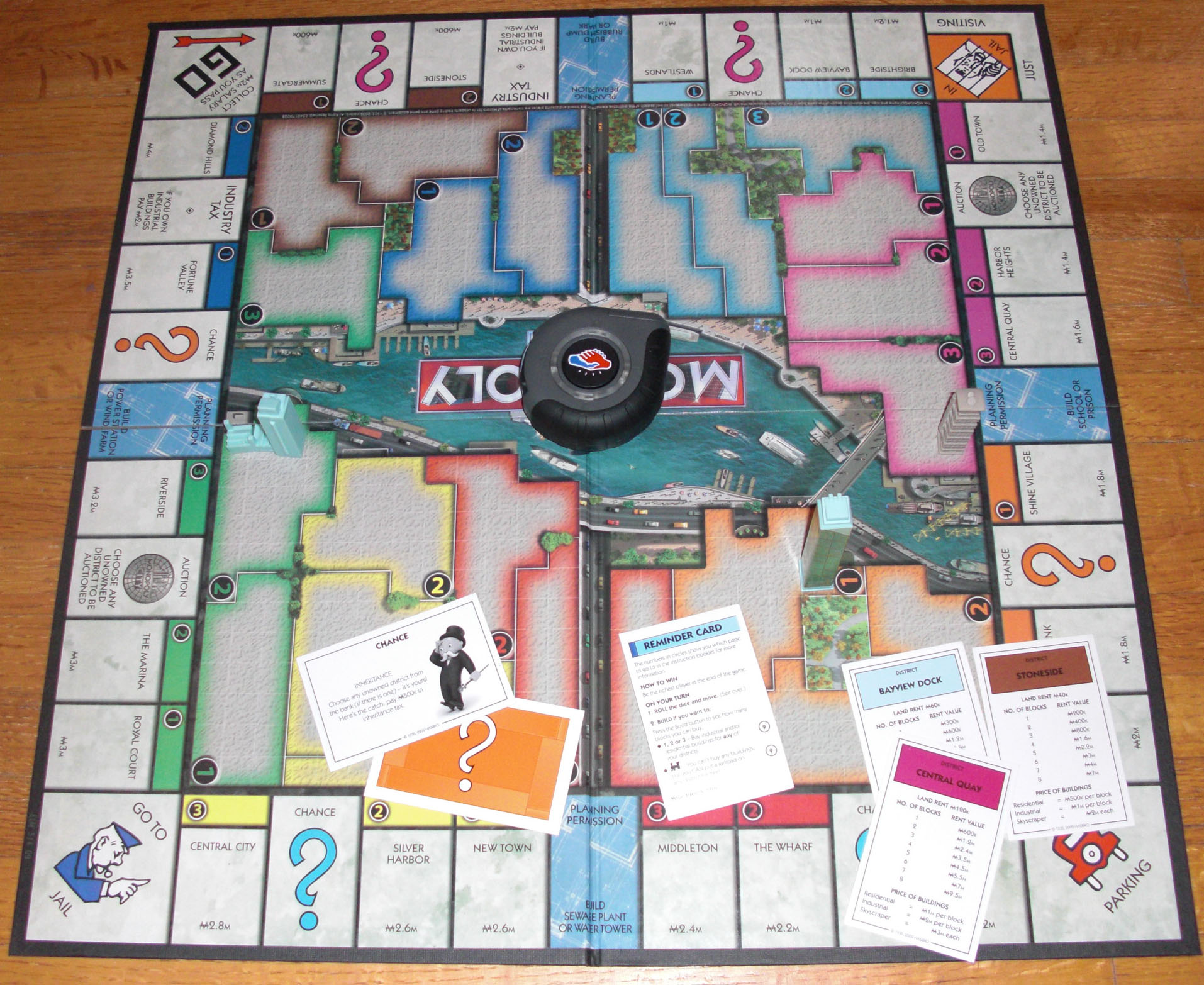 Hazards: The rent from your housing is devalued (eliminated, actually) if another player builds a hazard (power station, a sewage plant, a prison, and a rubbish dump) in one of your “districts.”  Say it isn’t so!  Even Monopoly recognizes that all development isn’t necessarily all good.

Conversely Bonus buildings protect your “districts” from anyone sabotaging them by putting a hazard on your stuff.  Bonus buildings are good things like schools, wind farms, water towers, and parks.

Otherwise….very much in the spirit of the monopoly game.  If you like playing monopoly, you will enjoy this game. My daughter, Chelsea loves playing monopoly, loved playing this game, and as usual, beat my socks off.  It must have been the tiny addition of social value that did it.

Next week: Havana (the game)