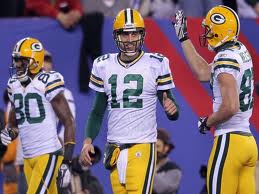 In December of 2011, for the fifth time in its history, the pro football team the Green Bay Packers sold stock in the team.  They looked to sell 250,000 shares to raise $62 million or so toward a budget of $163 mil to renovate Lambeau Field, including adding 6,600 seats.  Season tickets for the Packers always sell out.  But you have to be a real fan of the team given the stock pays no dividends, and cannot be sold or traded. The shares can only be transferred to a family member, and shareholders receive no preferential treatment in terms of tickets.  The Packers are the only publically-owned team in the National Football League.

The team has working class roots.  They were founded in Wisconsin in 1919, named after the local meat processing (meaning slaughterhouse) plant, the Indian Packing Company.  It was in 1923 when they first sold stock.  From their website we’re told, Green Bay Packers, Inc., has been a publicly owned, non-profit corporation since Aug. 18, 1923, when original articles of incorporation were filed with Wisconsin’s secretary of state.  A total of 4,750,937 shares are owned by 112,120 stockholders — none of whom receives any dividend on the initial investment.  The corporation is governed by a board of directors and a seven-member executive committee.  No one person can own more than 200,000 shares.

It comes as no surprise the Packers are an anomaly in pro sports.  All other teams are owned by owners who make money and don’t like anything getting in the way of that — like say pesky players seeking their fair share given its their labor that generates those monies.  While the notion of a conference playoff series between the L.A. Lakers and the L.A. Clippers has been dashed for this year, as both teams lost their respective second rounds, there was doubt as recent as last December that there would be no season at all.  The players and their union were in a contracted lockout with the owners over various issues including average salaries and percentages of the gate.  Without going into all the back and forth, the upshot is the players blinked.  The owners essentially got, via their mouthpiece Commissioner David Stern, a three billion dollar shift over the next decade as the players went from a demand of 57% of revenues for salaries (thus raising the average bank for the non-superstars) to getting 50% of revenues.
As David Zirin, the first ever sportswriter for The Nation magazine noted in his piece, “The NBA Lockout Ends and the Players Got Played,” on his site, the edge of sports, “All it means is that the owners have received a financial windfall because they own and we don’t. Now Donald Sterling, owner of the LA Clippers, can buy some more slums. Now Phil Anschutz, minority-boss of the Lakers, can keep fighting the teaching of evolution in schools. Now Dick Devos of the Orlando Magic can give even more generously to Focus on the Family. Now every shadowy Koch Brothers/Karl Rove political outfit that takes unlimited contributions will get a serious windfall just in time for the 2012 elections. Break out the bubbly.”

It’s not only players who get slapped down in pro sports for daring to struggle for a piece of the pie.  Freedom of speech ain’t what it used to be either in the pro ranks.  World Series winning manager Ozzie Guillen hired by the Miami Marlins baseball team was socked with a five game suspension without pay this past April.  His sin was stating in a far-ranging interview on Time magazine’s site that, “I love Fidel Castro, I respect Fidel Castro. You know why? A lot of people have wanted to kill Fidel Castro for the last 60 years, but that motherf@!#&r is still here.”  It’s worth noting the Marlins taxpayer paid stadium sits in Miami’s Little Havana.  The firestorm was immediate and volatile.  Never mind that Guilen wasn’t defending Castor’s polices, but his tenacity.  A boycott was threatened and that could mean less tickets sold so Ozzie had to backtrack, apologize over and over, blame it on his English as a second language skills (he’s originally from Venezuela) and so on.  Not that Guillen is a poster child for saying the right thing.  He once called a sports writer he didn’t like a fag when he was with the White Sox, so for him it’s more about being an iconoclast than being political.

On point in March was when various members of the Miami Heat basketball team, including their stars Dwayne Wade and LeBron James, donned their hoodies to honor slain teenager Trayvon Martin, killed in Sanford, Florida.  Other players from NBA and NFL teams also voiced their support for justice in the Trayvon case.  Ray Lewis, linebacker for the Baltimore Ravens football team, has three sons who live in Sanford and he and wide receiver Santonio Holmes of the New York Jets participated in a rally there.

During the ferment of the Civil Rights era, pro athletes were more on the scene for social issues. From Lew Alcindor becoming Karim Abdul-Jabar pontificating on the role of the black athlete in society, John Carlos and Tommy Smith raising their fists in a black power salute at the ’68 Olympics to Muhammad Ali famously refusing to be inducted for Vietnam (where like Joe Louis, the Brown Bomber in WWII  he no doubt would have been sent around to various basses to exhibition boxing to boost morale).

Here’s to more athletes raising their head from studying the brochure about the latest Porsche Boxster, and looking at what’s going on around them.