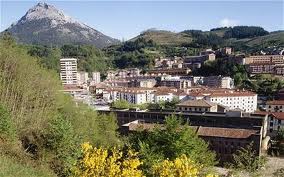 The year is 1984 and I am on a bus riding through the green pastoral landscape of Northern Spain’s Basque country with about 30 other American educators, organizers, and social entrepreneurs.

For most of us, this wasn’t just a study tour. It was a Quest. We were on our way to visit the Bali Hai of cooperation, a place where the logic of “capital hires workers” has been turned on its head. A place where workers have been hiring capital for the past 55 years.

We were on our way to Mondragon.

Twenty-five years later, while other “advanced” economies in Europe and the U.S. spiral into a tail-spin, there has been a revived interest in learning from Mondragon’s network of 100,000 workers and 100 worker-owned cooperatives which, in turn, own the Caja Laboral –– a bank that finances their current and future economic endeavors.

Back then, we pull up to the Polytechnic, where it all started, hoping to receive secrets of the universe. The lady who was starting a cooperative micro=brewery asked the instructor leading our tour:

“What do you teach here?”
“Accounting”, he responds, simply

Dissatisfied with this response, one of the educators probes further:

“What else do you teach?, he asks.”
“Business planning.”

The disappointment is palpable among some of my travel buddies. I don’t know what we expected. Cooperative Magic 101? Solidarity and its Discontents?

But as we learned more, we were able to construct a more satisfying picture of Mondragon’s aligned principles, structure, and practices, realizing that what appeared utopian to us, was a product born of necessity.

In 1941 when Father Don Jose Arizmendi, a Basque Catholic priest, first arrived in the town of Mondragon, its population was was suffering poverty, hunger, and reprisals that following the Spanish Civil War. There were no public schools. There was only a meager economic base. After about two years of discussions and study circles in the community, in 1943 he established a Technical College, which in addition to teaching engineering, promoted an ethos of Catholic Social Teaching consistent with the ideology of solidarity economics and cooperativism (maybe those are the classes we craved on our study tour). In 1955, Father Arizmendi and five of his former students who now had trade-skills started a worker cooperative that made paraffin stoves, and other manufacturing coops gradually followed.

Key to Mondragon’s growth, resiliency, and relationships was the creation of the Caja Laboral early in the process.

Caja Laboral is a credit union that is owned by its depositors, who are primarily Mondragon’s worker-owned businesses as well as the bank’s consumer customers and employees. The bank provides financing and working capital to the cooperatives, technical assistance and financing to start-ups, and also maintains large network of consumer branches.

The results speak for themselves. Yes! Magazine describes how things played out when one of the Mondragon coops fell on hard times in the current downturn:

The worker/owners and the managers met to review their options. After three days of meetings, the worker/owners agreed that 20 percent of the workforce would leave their jobs for a year, during which they would continue to receive 80 percent of their pay and, if they wished, free training for other work. This group would be chosen by lottery, and if the company was still in trouble a year later, the first group would return to work and a second would take a year off.

The result? The solution worked and the company thrives to this day.

As a result of the 1984 study tour, Frank Adams, tour organizer and inveterate coop creator teamed up with fellow-traveler Gary Hansen of the University of Utah to write Putting Democracy to Work: A Practical Guide for Starting and Managing Worker-Owned Businesses,  which I understand from Frank (who has long-since become a great friend) is in the process of updates and revisions.

But in its original version, the book is a great guide to infusing the business of business with cooperative principles for people who want to learn about either or both –– and I highly recommend it!