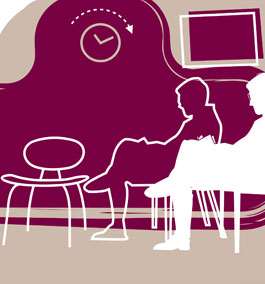 I’ve been doing many kinds of waiting this past two months. The first has been a universal kind of waiting: waiting to see if someone you love will live or die, waiting first for treatment and then to see if that treatment will work or not. There is an existential core to such a wait, a confrontation with mortality and loss that I mostly have tried to avoid until I could avoid it no longer. At that point limbo is done with anyway, there is only thankfulness or loss and grief. How many books written have spoken to how we face these times or run from them? How many of us are haunted for the rest of our lives by what we have done or not done?

But there is so much of this wait that is entirely shaped by time and place. I confess how very lucky I feel to live in the U.S. where people have fought long and hard so that the poor can get some version of medical care. That my mother, recently retired and deep in debt, can go to a hospital and get a triple bypass is something I am utterly grateful for. I sat and listened to explanations of how open heart surgery works, my growing understanding only deepened the awe I felt for just how much humans are capable of. We are so extraordinary.

And yet we have created a way to take care of people that makes some people rich, and in making those people rich it actually risks the lives of the patients it feeds on. So you have existential waiting – greatly improved by medicare and modern medicine but still fundamentally awful—and infuriated frustrated waiting, watching the profit motive interfere with care time and time again. Worst thing is, I don’t really know what to do about either one.

Waiting in hospitals is a special one-of-a-kind waiting that combines immense boredom together with all that effort of avoiding thoughts of mortality and loss. It’s hard work, it takes quite a toll. My mom came through the surgery all right, but there we were in the same ICU unit where my father died almost exactly two years ago. Watching a machine breathe for her like it had for my dad when we knew hope was gone for him, and listening to the same series of beeps and watching rather desperately the same monitors giving the same alarms. I’m still not sure how we got through that. Days of that, though nothing as bad as that first day.

Even when you’re out of the worst danger, hospitals allow you to get absolutely nothing done as a visitor. Monitors are pinging, people are in and out. Reading even the greatest or lightest novel feels like hard work, and you are utterly exhausted at the end of the day. I couldn’t even watch television really, and had to remember to forgive myself for not accomplishing anything. For weeks.

Where doctors and nurses were allowed to just do their jobs to the best of their ability, we did just fine. I loved our doctors and nurses, they were amazing. But to use the words health and care and system in the same sentence in the United States is to utter the grossest kind of lie. The doctor scheduled an emergency triple bypass for mom on the Tuesday following her Thursday tests that showed her life in fairly imminent danger. Monday morning the insurance still hadn’t approved the procedure. She had to battle for that approval, and then battle against their policies requiring her to go to three different places to do the prep for the surgery instead of doing everything at the hospital. Battle she did, and after hours on the phone she got everything approved by the time I flew in on Monday afternoon. Aggravating hours on the phone fighting with her ‘healthcare providers’ when she’s at an insane amount of risk for heart attack or stroke. Risking all that to save a few bucks on a blood test, now that’s some waiting.

A week after she left the hospital she was having incredible amounts of back pain and her ability to breathe was retreating rapidly. It was frightening. The nurse thought it was probably a pulmonary embolism, a life threatening blood clot in her lung. She ordered an emergency CT scan, told us to go home and wait for the call to have it done. No one called. The next morning mom spent a lot more time on the phone trying to get her appointment. (Am I both relieved and quite embarrassed that my sick mother did all this fighting with insurance companies herself? Yes.) We waited. We called the surgeon for help, his office told us that if we hadn’t heard anything by 2 pm, we should just go to ER. A little before 2 we heard the scan had been approved by the insurance so finally we went for the scan and actually waited there for the results. They sent us upstairs to talk to the doctor, but they sent us straight to emergency around 4:30 pm I think. Instead of putting her in a wheelchair and admitting her directly, I had to walk her downstairs, get the car, do the more roundabout drive to ER (less than a two minute walk), drop her off, park the car and follow her in. They admitted her almost immediately but we were there for three hours before seeing a doctor. Three hours without treatment. The ER doctor couldn’t get a copy of the CT scan taken maybe 500 yards away, and by that time the offices had all closed. We were still waiting for treatment. The nurse put the IV into mom’s inside elbow instead of the more comfortable back-of-the-hand because there was a possibility mom would have to have a second CT scan. The ER doctor managed to chase down the heart doctor who had the summary of the scan (and who we never saw), mom definitely had a pulmonary embolism. Mom didn’t get into a room until after midnight, they didn’t start her Heparin drip until after 2 am. They could have done that in ER, right away. I hadn’t known to fight for that instead of waiting. It was all a little unbelievable.

That trip to ER was also on the anniversary of my dad’s death. It felt so strange, and I couldn’t help but feel that they should be told that, that people should know, that such grief could not help but have medical consequences. But there was no way to tell them, a hospital is no place for that.

We were in the hospital another week, it took almost that long to actually get the results of the CT scan and not the summary.

We were back in ER a second time the following week with more back pain, but that was actually just back pain and not more bleeding or clotting or whatever. Still, that was another 10 hours in the hospital.

There’s nothing you can do about the awfulness of waiting to know if someone you love will live, or being with them while they die. I do think every hospital should have a room full of kittens and puppies to play with while you wait, I can think of almost nothing else that could mitigate at all those terrible and terrifying hours. But until then you just have to get through it.

Unfortunately, I also don’t know what can be done about the unnecessary and life-threatening waiting that occurs because of for-profit insurance companies and their ‘systems’. It just fills me with impotent rage. I can’t even imagine what would have happened if it had been the old days when we didn’t have insurance at all. All of the doctors and nurses that we saw were lovely and caring and competent, yet they were all working within a frame that consistently undermined their every effort.

Now we’re waiting for the bills. Mom is still getting bills from 2011 when she broke her ankle and my dad died. We have spent hours creating a spreadsheet of the different visits and charges and fees and tiers of doctors each with their different deductible and total fee cap, over 40 separate bills for my dad’s stay alone. Mom has spent hours, days and months on the phone fighting consistent overcharging. The insurance and the hospital won’t talk to each other though both claim the other is wrong. The vituperative reaction to ‘Obamacare’, problematic as the attempt is, leaves me wordless in terms of alternatives or possible changes to create a system that actually heals and takes care of people. I think it will be a very long wait before people are treated the way they deserve to be.

Me, I just got back to England where I am a little more sanguine about growing old and being sick. Just a little. The NHS at one time was an example of how a society could take care of everyone, the kind of society I wish to give my taxes to and live in. But maybe not for much longer. The drive for profit is pushing the privatisation of health care here too. Given the example of the US and its millions of uninsured and the quality of care given to those who actually are insured? An unmitigated disaster.