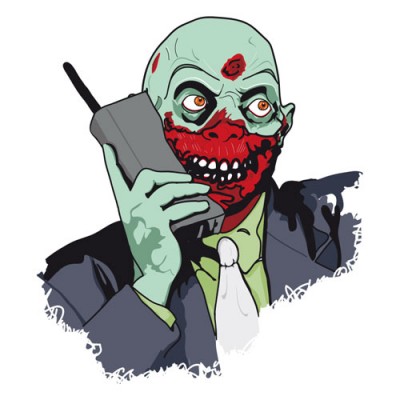 While I’m not waiting for the zombie apocalypse, I wonder are they in the Residences condos above their stretch of Hollywood Boulevard?  Does a zombie preparedness kit come with their move in packet?

I’ve yet to read the ongoing Image comic book series, but I do watch the Walking Dead TV show on cable.  I’ve seen most of the permutations of zomibiedom that George Romero, the filmmaker who gave us the kick ass original black and white, low budget Night of the Living Dead, has produced over the years.  Having read the 1954 book, I’ve also seen how Richard Matheson’s I Am Legend , said to be an influence on Night of the Living Dead, about a vampire plague that transforms humanity, and the seemingly lone remaining human man, Robert Neville, who is immune and tries to figure out why.  The book has been filmed three times and itself transformed.  First it was the ‘60s the Last Man on Earth with Vincent Price.  Filmed in Rome, dubbed in English, except for Price (though I suppose he was dubbed in Italian) and transplanted from where the book is set in and around Gardena, California. 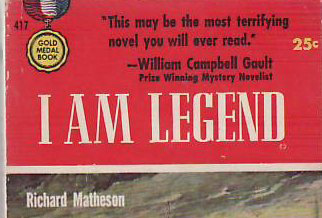 Matheson’s novel was remade in 1971 as the Omega Man.  This version is set in a desolated downtown Los Angles with Charlton Heston. Omega Man begins with Neville sitting in an empty theater watching, yet again, the Woodstock documentary (the DVD has a cool extra with Heston chatting with famed anthropologist Ashley Montague about the role of civilization and what not) .  The plague is not caused by bacteria this time but springs form a laboratory and turns folks into albino, sun sensitive mutants who sport sunglasses and hoodies like Justin Bieber on the quiet trying to duck the paparazzi   Then the 2007 film, I Am Legend, takes place in a dystopian near future Manhattan overrun with greenery and wildlife.  Will Smith is Neville battling shambling, drooling hordes of zombie-like creatures out of 28 Days Later – complete with them moving about in that shaky cam, high shutter speed strobe effect way.

No surprise then that zombies came to mind when I read Nita Lelyveld’s recent piece in the L.A. Times “Above It All in Hollywood.”  Her article contrasted the glass pipes for sale in the shops along the Boulevard below, and the man trolling the trash for cans to recycle, and up above where there are expensive condos and penthouses on the top three floors of the residences, next door to and part of the W hotel, can go for a million to $45 million.  Where prospective buyers can peruse the “51 Things Home Can Do”  brochure.  Activities that don’t require you to interact with the hoi poli, except for when the valet parks your car or the maid comes to clean.  These include the ability to order penne puttanesca at midnight and, and this is No. 26, “revisit the Kama Sutra together (is there another way?) on your wenge-stained plank hardwood flooring.”  Good grief.

In George Romero’s 2005 Land of the Dead, the non-zombie masses live in crappy lean-to’s in encampments while their feudal lord, Dennis Hopper’s Kaufman and a privileged few, live in the well-fortified Fiddler’s Green highrise.  From his aerie, Kaufman dispenses his zombie destroying armored vehicle, Dead Reckoning, to protect his well-heeled sycophants, while smoking cigars and sipping fine scotch.  Should the zombie plague sweep the Southland,  the Residences could become the west coast Fiddler’s Green.  Movie stars and their personal assistants, arbitragers and Yahoo execs hunker down as their paid heavily armed security staff keep zombified waitresses and UPS drivers at bay from their gun towers.  The metaphor for those who have (brains) and the have nots (wanting to eat brains) writ large in the streets of Hollywood.

But what if there arose a leader, a mutant cross between human and zombie?  Unliving yet akin to Matheson’s Neville, immune to the ravages of zombification and has their own mind? A someone who could forge an uneasy peace between the two groups, even get the zombie to go on a low carb, insect diet.  The one who strategically stages a raid on the residences as a diversion and sneaks into the joint across the wenge-stained floors with a cadre of ninja-zombies.

Now that I’d wait to see…while the strains of Harry Belafonte singing the “Zombie Jamboree,” play over the condo’s PA system,  “Back to back and belly to belly, we don’t give a damn ‘cause we’re dead already.”