Too Soft to WWOOF? 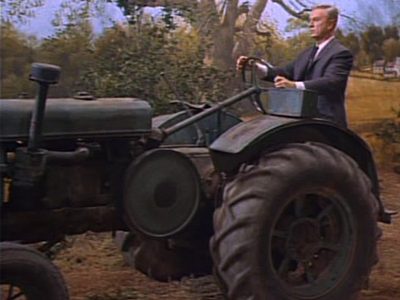 What a wonderful post about WWOOFing!  It reminds me of one of my previous posts about learning real skills in preparation of the inevitable apocalypse.  I’m happy to hear that you’ve been able to find an opportunity to relinquish the demands to pay rent in exchange for, lack of a better term, a farming internship program.  Sorry that the lambs aren’t what you expected – maybe the next farm will have a pack of cute doggies.

I completely approve of trading labor for food and shelter instead of performing wage labor, and it makes me think about how Angela Davis’ Women, Race, Class (yes, that Angela Davis, who is probably known more as an activist, but who has also been a pre-eminent scholar for four decades) articulates about how work became commodified and the ills that came with it.  There was a time when work was work.  Hunting and cooking may have been gendered but work was not assigned an exchange value.  When work was given an exchange value, feminized work was deemed less valuable than masculine work, and the progressive feminists of the world are still trying to rectify this inequity today.

I would love to unchain myself from the doldrums of wage labor myself but I’m handcuffed to a mortgage, a job with decent health insurance, and the expensive cost of living of Los Angeles.  Years ago, I tried to escape the rat race but I didn’t have much to offer the Big Apple Circus (maybe I should have taken shop a little more serious in middle school); and while working for myself as a videographer was not working for the man, the uncertain revenue streams and hustling for video gigs wasn’t much of an improvement over a nine-to-five.

Do I have what it takes to WWOOF?  Maybe I could have tried it twenty years ago, but I think I’m too soft today.  I enjoy my bourgeois mattress, my body aches when I weed the garden, and my hands are as soft as a baby’s bottom.  Nope, I don’t think I can physically WWOOF like you, Andrea.

On the other hand, I might not be able to literally WWOOF either.

I don’t know the context of WWOOF farmers enough to answer the question of whether or not I have the opportunity to learn the intended WWOOF experience. I don’t like playing the role of a bad graduate student – one who just criticizes the hell out of everything – because I believe in the counter-hegemonic elements of your project.

However, I must ask what role does race have in the opportunity and experience of WWOOFing?

When I drove cross-country for the first time, many folks told me that the diverse geography of the U.S. is wonderful to witness especially since I never left the West Coast.  However, my middle aged African American boss at Alameda County instructed me to stick to the interstate to avoid any problems.  Problems like ‘the good ole boys’ he encountered while he drove through Texas as a young man.  Even while following the unwritten rules of U.S. travel for People of Color, I was stopped by police in three states (Nebraska, Indiana and Michigan) with the officers first asking my White female travel-mate if she was all right before asking for my license and registration.

Referring back to Women, Race, Class, like other third wave feminists, Davis demonstrates that universal womanhood does not exist and is disrupted by other systems like race, class and sexuality.  Does everyone truly have the chance to WWOOF?  I hope the English farmers are more similar to us than to the Midwestern police officers.