They Made Me a Farmer

I enjoyed reading Andrea’s piece about her journey into the world of WWOOFing — shades of the ‘60s and the Back to the Land movement.  But naturally being a crime fiction writer my mind drifted toward not the peace of mind and fulfillment such provided, but the nefarious aspects.  Let me be clear, I’m unequivocally a city boy.  There’s a reason the Good Lord in his infinite wisdom created drive-throughs and comic book stores. 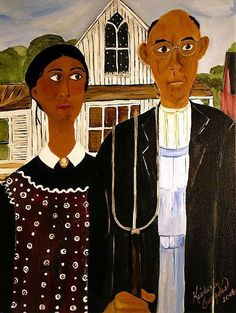 Both sides of my family, and this is not unusual in the urbanization experience of African Americans, have agricultural roots.  As recounted in previous Dr. Pop posts, my dad was from a fly speck town in Texas, Seguin, and they had a small family farm, a dirt farm as he termed it.  He and his older brother couldn’t wait to catch the first thing smoking when they got up in size to get out of there and having to chop cotton on other peoples’ land for eating money.  My mother’s folks came from the Mississippi Delta and still today, 100 acres or so remains in family hands and the land is rented out as its actively farmed; soy beans are grown on it.

The crime writer follows the gnarled path asks what if I had a character, a thief let’s say, who did a heist, only as these things go, it went off the rails somewhere along the line.  Maybe he was double-crossed by one of the gang and wounded, got way.  On the lam, he has to hide out to let the heat blow over in 1930s gangster slang and to recuperate before he tracks down the ones who did him wrong.  Our guy is a city boy too.  Like John Garfield as Johnnie Bradfield, a boxer framed for murder who winds up hiding out on Grandma Rafferty’s farm where wayward youth learn the value of hard work in They Made Me a Criminal.

Or there was Sterling Hayden’s Dix Handley in the Asphalt Jungle.  The hoodlum who after he’s wounded post the job goes wrong, drives from Manhattan, his blood leaking over his car’s upholstery, to reach the once family farm in Kentucky.  The reason he got in on the score was to make enough to buy back the homestead.  Rather he dies among the horses he loves, the cash exploding out of the Gladstone he drops as he dies, the suitcase bursting open and bills flying everywhere.

Maybe my guy figures that his enemies could find him in the usual city haunts, the back room in the nightclub or the room over the chop shop garage.  The country, tending sheep, none of them would ever find him there ‘cause it’s not a place on their radar.   The anti-hero signs on to do some WWOOFimg, the definition of the fish out of water, but as a way to hide in plain sight.  He has a hard time adjusting and can’t wait to make it back to civilization and settle matters.

The twist though is he starts to get used this kind of life, he comes to appreciate what it takes to provide food, the struggle against hormones and other additives used to speed up the maturation of animals and so on.  He has gone back to nature.  The pivotal moment will come when his adversaries have discovered where he is and come after him and he could run and get away or take a stand and protect the farm his…home.