Until I started this new position in the East End, I was fairly unaware of the tradition of radicalism within the Church of England — which on the whole, feels very staid and steeped in notions of monarchy and nation, the traditions of aristocracy and Oxbridge and the whole weight of a terribly hierarchical history. It’s only living here that I begin to fully understand just what that weight is like, and how damaging it can be. 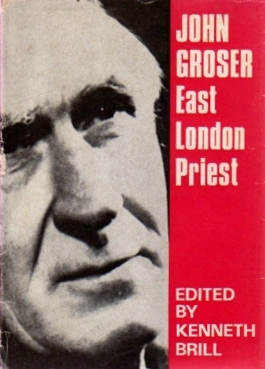 This makes it all the more wonderful to find a modern strain of radical Christianity here (though of course Christian movements have played a whole variety of roles in the past including that of radical liberation). With my limited background of Catholic liberation theology and episcopal upbringing, it was interesting to find the rhetoric of kingdom here in this country, the Kingdom of God here on earth. I found it through reading about the East End’s Father John Groser, who was president of the Stepney Tenants Defense League, helped found the Stepney Coloured People’s Association, spoke and wrote an immense amount about Socialism and Christianity, and was an all-around impressive figure I would have really have loved to have known. 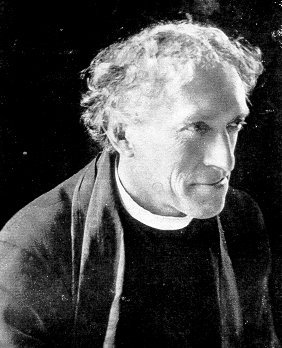 He was inspired by one of the most outspoken (if not the wisest) exponents of how church and revolution could fit together was Father Conrad Noël, the ‘red vicar of Thaxted’, who wrote the Manifesto of the Catholic Crusade in the early 1920s:

If you would destroy the kept Press and fight for freedom of expression; if you would destroy the Capitalist Parliament and build a People’s Republic; if you would abolish classes, artificial distinctions, snobbery; if, while you know the most deadly tyrants are not kings but financiers, speculators, captains of industry, you would also, with St Thomas of Canterbury, destroy that nest of flunkeys, the Court; if, while you measure swords with the New Plutocracy, you are ashamed of that ancient fraud which calls itself the old Aristocracy…We offer you nothing–nothing but adventure, risks, battle, perhaps ruin; with the love and loyalty of comrades and the peace of God which passeth understanding.’(15 – William Purcell ‘Birth of a Rebel’)

There are more words to draw on, like those of Charles Dalmon’s hymn for St George’s Day:

God is the only landlord
To whom our rents are due,
He made the Earth for all men
And not for just a few.
The four parts of Creation,
Earth, Water, Air and Fire,
God made and blessed and stationed
For every man’s desire.

A fitting hymn for the Stepney Tenant’s League, who marshalled delegations of religious figures both Christian and Jewish to visit landlords, organised rent strikes and built barricades against bailiffs.

A number of priests found both their religious calling and socialism working places like the docks, whether in London or Liverpool. Father Groser was only one of these, radicalised serving as a chaplain in WWI, working on and supporting the dock strikes, and always working with his parishioners to improve their working and living conditions in the here and now. 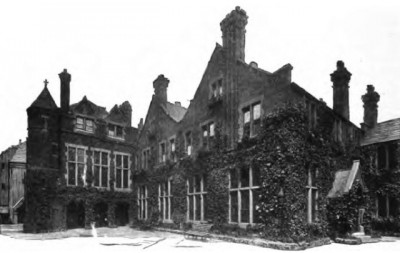 There had been a long tradition of priests, laypeople and idealistic college graduates serving the working classes living in places like the East End. They founded ‘missions’ and built homes to live among and serve the poor through education and classes such as Oxford House and Toynbee Hall in Bethnal Green. It is impossible not to have some respect for such service or deny what good they did accomplish, but what Father Groser and others of his beliefs were men of a different cloth. Recognising and struggling to understand the structural reasons that such desperate poverty existed, they fought with their parishioners against the system as a whole. Rather than blame their flock for their poverty — as so many reformers around them (and still to this day) blamed weak morals, addictions and dirt among other things —  these priests looked to systems of exploitation and social conditions of intense violence and injustice. As Groser’s son-in-law wrote:

This incarnational doctrine leads to the necessity of the Christian’s identification of himself with human beings in need. In the 1920s and 1930s this led inevitably to participation in the class struggle.

The 1932 Manifesto of the Christ Church Campaign for Socialism stated:

We believe that the principal duty of the Church is to establish the Kingdom of Heaven on earth, a Kingdom of perfection, a Kingdom of love, justice, comradeship, beauty, and all that we know as good.

The first stage in the programme is the establishment of a classless and democratic Socialist State in this country. The second step is ‘the establishment of a World Cooperative Commonwealth of ‘Socialist States’.
It is interesting that by the 1960s and 1970s, many in the church saw the need for such a programme diminished not because they no longer believed in it, but because the material circumstances had changed. Meanwhile Toynbee Hall and Oxford House continue important research onto poverty and run social programs…still, I fear that new radicals will have to come forward as the safety net is steadily whittled away, as austerity continues its damage and destroys both lives and the institutions we need to save them one by one.

That does not mean, of course, that such people willing to stand with their communities and fight for meaningful change do not exist now, it has been my privilege to come to know some of them. I’m just not the most patient of people, and prefer a broad-based movement, whether in religion or society. It feels like it’s about time, if not past it.