The Future in 3D

James Cameron has a baseball cap with the letters HMFIC on its crown.  As this is a family-friendly site, I won’t spell out what those letters stand for, but just consider his film Avatar has made a sweet billion dollars worldwide, and I’m sure you can deduce their meaning.  Dr. Pop, aka Comrade Wife, our daughter Chelsea and I saw this wonder in glorious 3D at our damn near neighborhood theater in Culver City.

Like a lot of those who’ve seen the film, the special effects bowled me over from the ten-foot tall blue-skinned Na’vi to the bad ass, escapees from a Halo game, flying death machines of mass destruction the evil corporation wield as they wantonly try to subjugate the paradise planet Pandora.  I was enthralled.  Cameron has talked about having the idea for the film more than a decade ago, but had to wait for technology to catch up to tell the story the way he saw it in his head.  As a kid, he reportedly read a lot of science fiction traveling to school an hour each way in Chippawa, Ontario, Canada.  Well I’m betting he must have stumbled across some Edgar Rice Burroughs’ (of Tarzan fame) John Carter of Mars series of books in all that reading, eh? 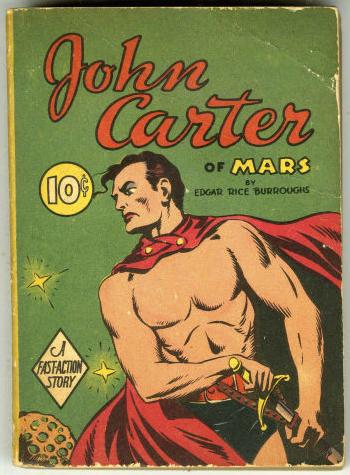 In those books the Martians, who call the red planet Barsoom, are a mixed bunch of humanoids that include the ten (or maybe it’s twelve) foot tall green-skinned, four-armed fierce Tharks.  Carter, a former Confederate officer who may be immortal, is kind of magically transported to Mars and becomes a warrior-savior figure there — fighting for justice rather than slavery, so that’s an improvement.  Story elements from Burroughs to the Pocahontas bit are evidenced in Avatar.

I’m not hatin’ on Jim, but as a writer who wrestles with trying to inject originality in his stories, I do have to admit to envy given Cameron didn’t have to stretch when it came to the stock plot and characters in his film.  From the cranky but dedicated scientist, the damaged, conflicted hero, the gorgeous, strong princess, to the one-dimensional villains, we’ve seen them before many times over.  The not-so-subtle subtext of Avatar is essentially the noble natives winning over the expansionist imperialists.  This in turn, according to Patrick Goldstein in his Big Picture column in the January 5, 2010 Calendar section of L.A. Times (and for a big city newspaper, it’s getting awfully thin isn’t it?) has the teabaggers and Palinites all a-twitter.

This is a good thing as far as I’m concerned.  But this intersection of politics and sci-fi, of dystopian to hard-fought utopian visions of the future, are not the stuff solely of other recent big budget movies like 2012 and The Road.  There’s more, and we’ll get to them in my next post.