Stranger (Happily) in a Strange Land 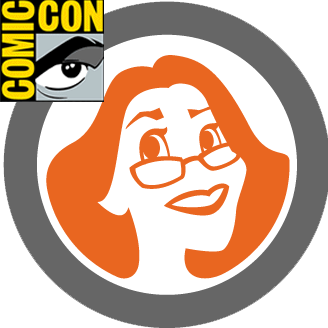 Dr. Pop was one of the lucky many, many thousands who attended Comic Con in San Diego, the mother of all comic book conventions, now celebrated and berated for going all Hollywood.

I hadn’t had the honor since the 80s, when Gary and I were probably dating, he was maybe the only black guy there and one of the few who wasn’t sporting pointy ears. (No offense! Vulcans are cool.)

So if I sound like any kind of former hater, please accept my apology and evangelism. Comic Con ROCKS! Thanks for the pass, comrade husband and friendly comic company!

Getting there was half the fun….

I had a grand time, which started with the train ride from L.A. to San Diego, packed mostly with Comic-Con-ians. Lots of pleasant energy.

I rode down with a nice guy from an advertising firm and his charming-beyond-her-years 13 year old daughter. When I happened to mention that I was working on a board game, a gamer-type sitting across the aisle, offered, “The Battle for North Africa. No one has ever finished it.”  As I was taking that info in, he referred me to the guy sitting in back of me, and said to him,”Tom Baker, you’re Tom Baker, right?”  I had to look it up later to find out that Tom Baker was one of the various actors who played Dr. Who, and apparently this guy was doing a good job at the costume, colorful scarf and all.  (I’m soooo glad, I didn’t call the man Tom.)

Anyway, ersatz Tom Baker, in a very friendly and helpful way, explained Titan to me, a role-playing fantasy game, that apparently takes days, no, weeks to finish.  His companion interjected to make that precise point, “So a joke is, ‘How about a quick game of Titan’… get it? No such thing.” He elaborated so I could understand, that when two of the opposing forces in the game, lets say elves and dragons, have a battle, the other players have to go off and play something somewhere else, while elves and dragons take the time they need to settle whatever score elves and dragons tend to have.

I had briefly entered nerd heaven.  I’m so not worthy.  Yet.

Once or twice an Amish family of 5 or so walked up or down the aisle to everyone’s confusion.  Did they have the world’s most authentic costumes and demeanor? Or were they, like….Amish?

It was a fun trip down.

Feast for the eyes

From the train to a short trolley ride to the convention center, was handed the Comic Con special edition of the Onion — “How can you camp on that?” I asked, truly curious.  “Yeah, really.” was the response.

Once I hit the convention center I was greeted with some full-on pageantry of fellow attendees in fantastic costumes and supergraphics that I actually enjoyed looking at.  Here are some photos. (Now that I look at the photos again, I’m pretty sure those were real Amish folk on the train…) 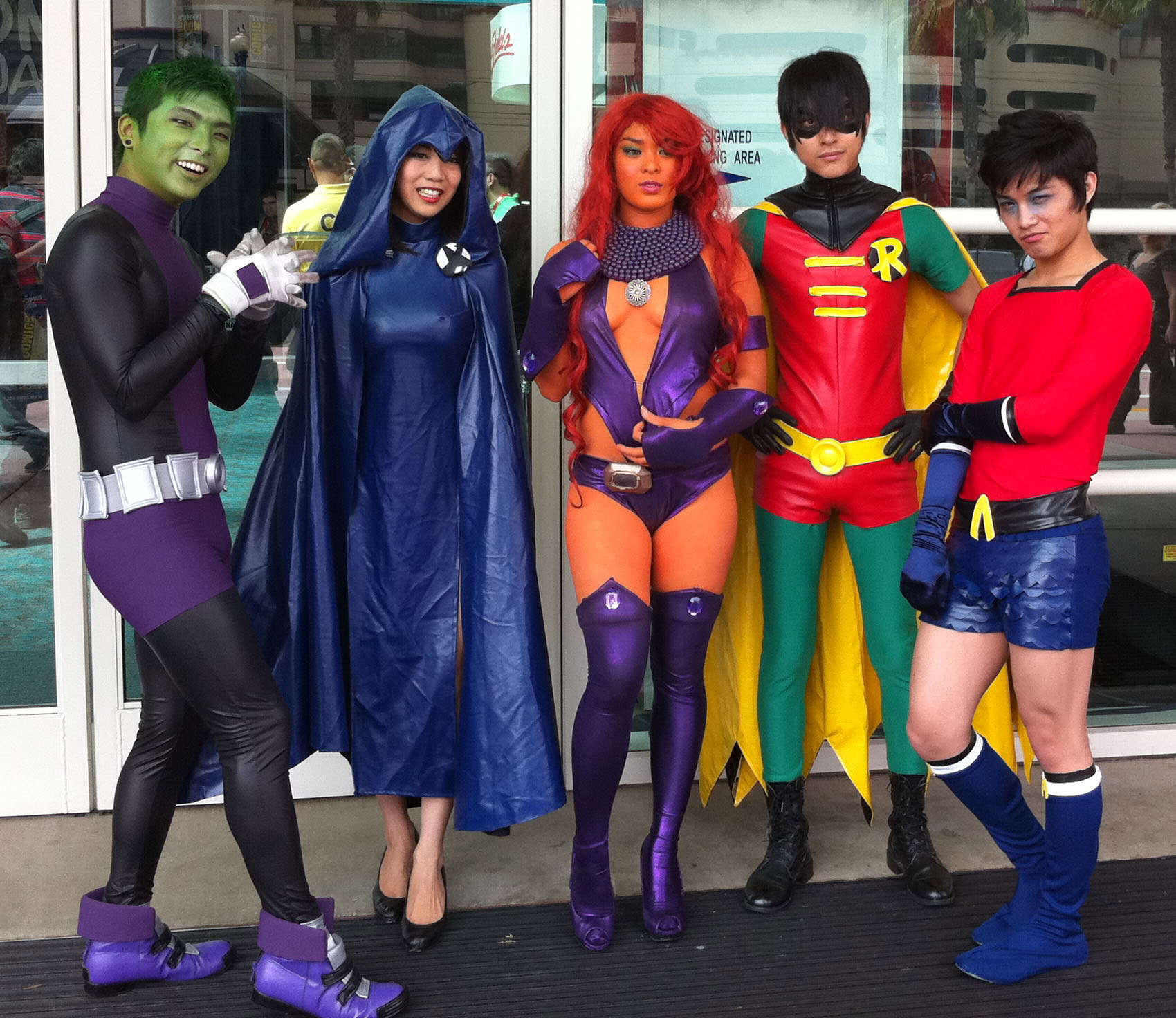 most colorful superheros. and cutest. 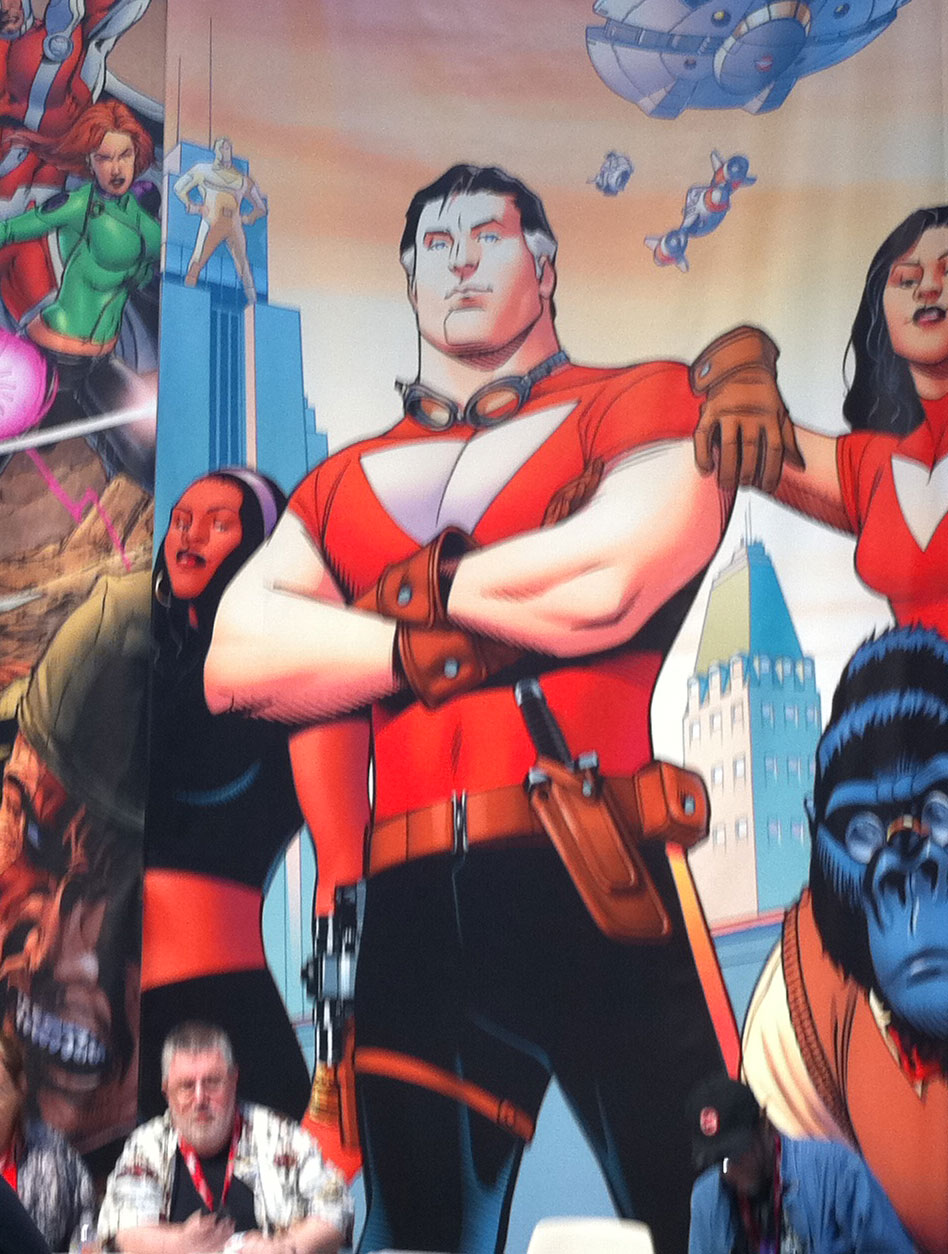 Tom Strong. Science hero. Love the grey temples (like mine). Only he's over 100 years old... 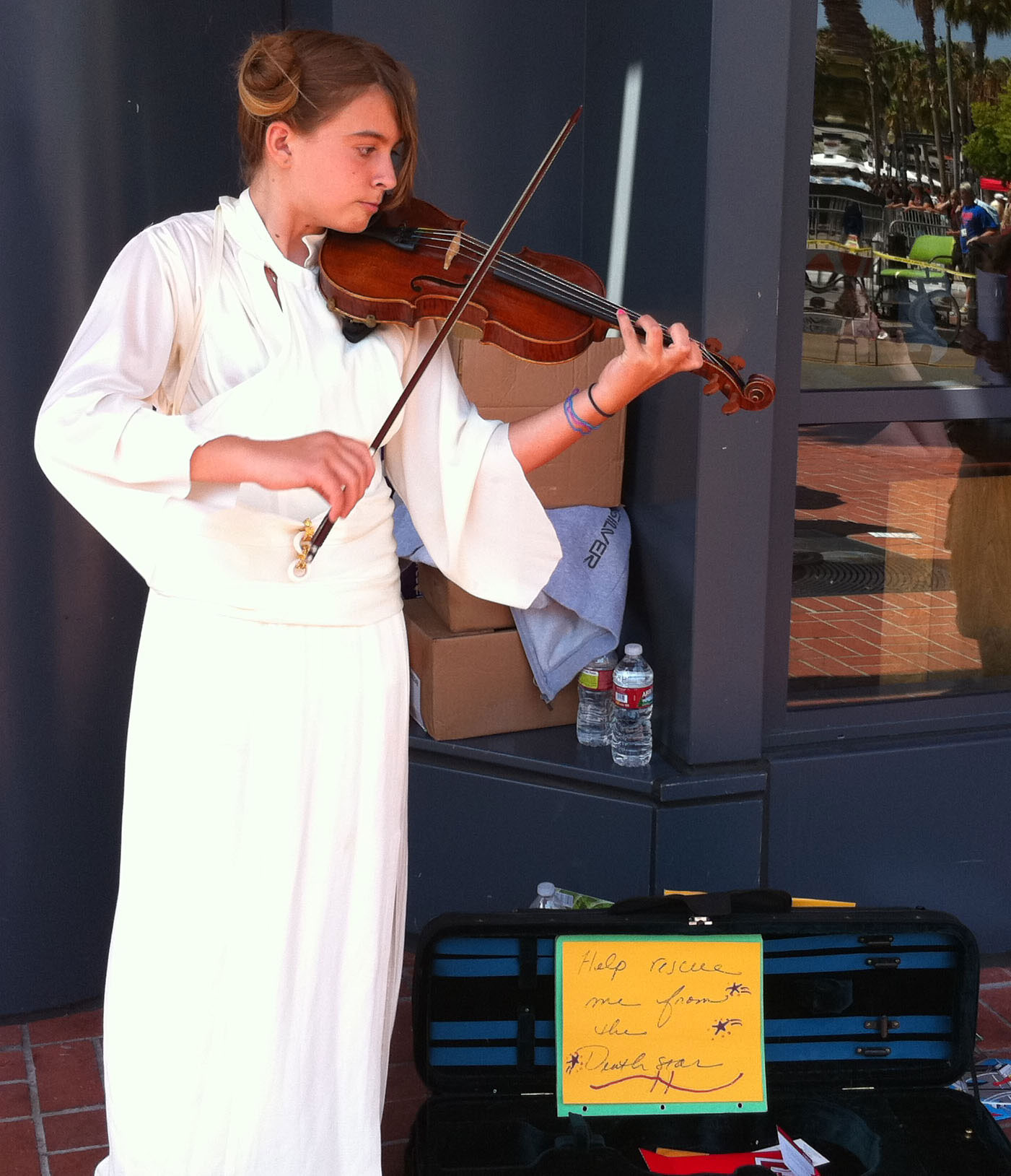 Princess Leah street violinist. Her sign says "Save me from the Death Star" 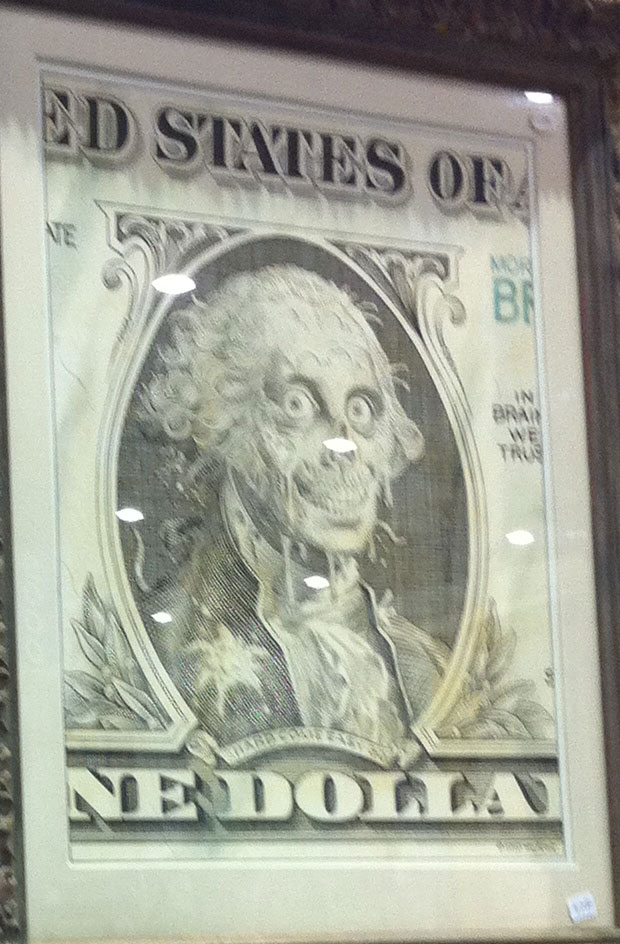 Zombie dollar, tagline: "Hard Come. Easy Go." The man next to me remarked, "Isn't everything better with zombies?" 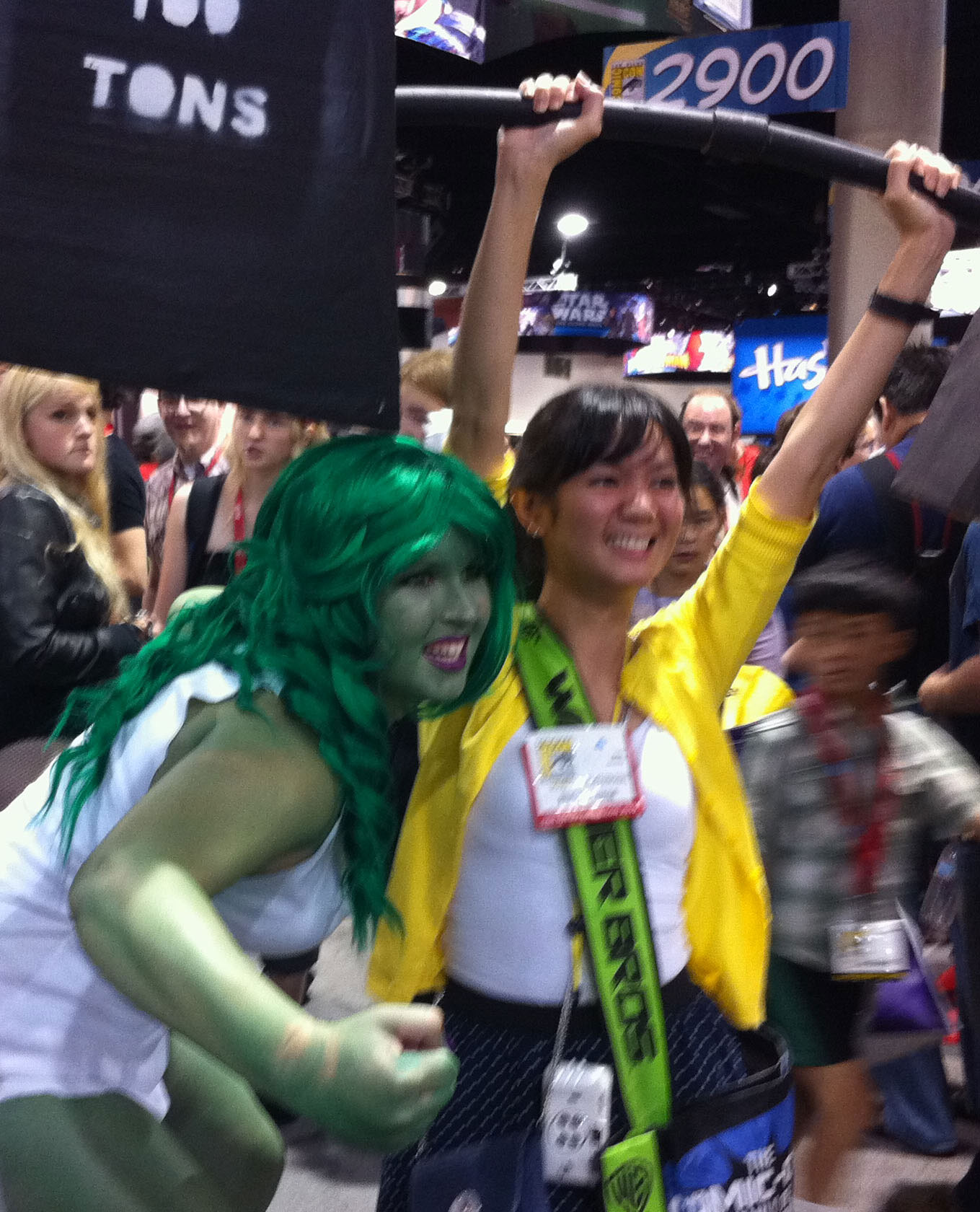 EVERYONE wanted their photo taken with She-Hulk 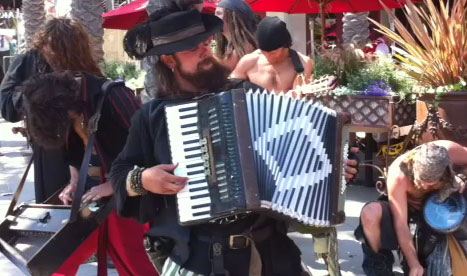 Pirates singing in the street. Chorus: "rape! kill! slaughter!" and something else vile. I forget. 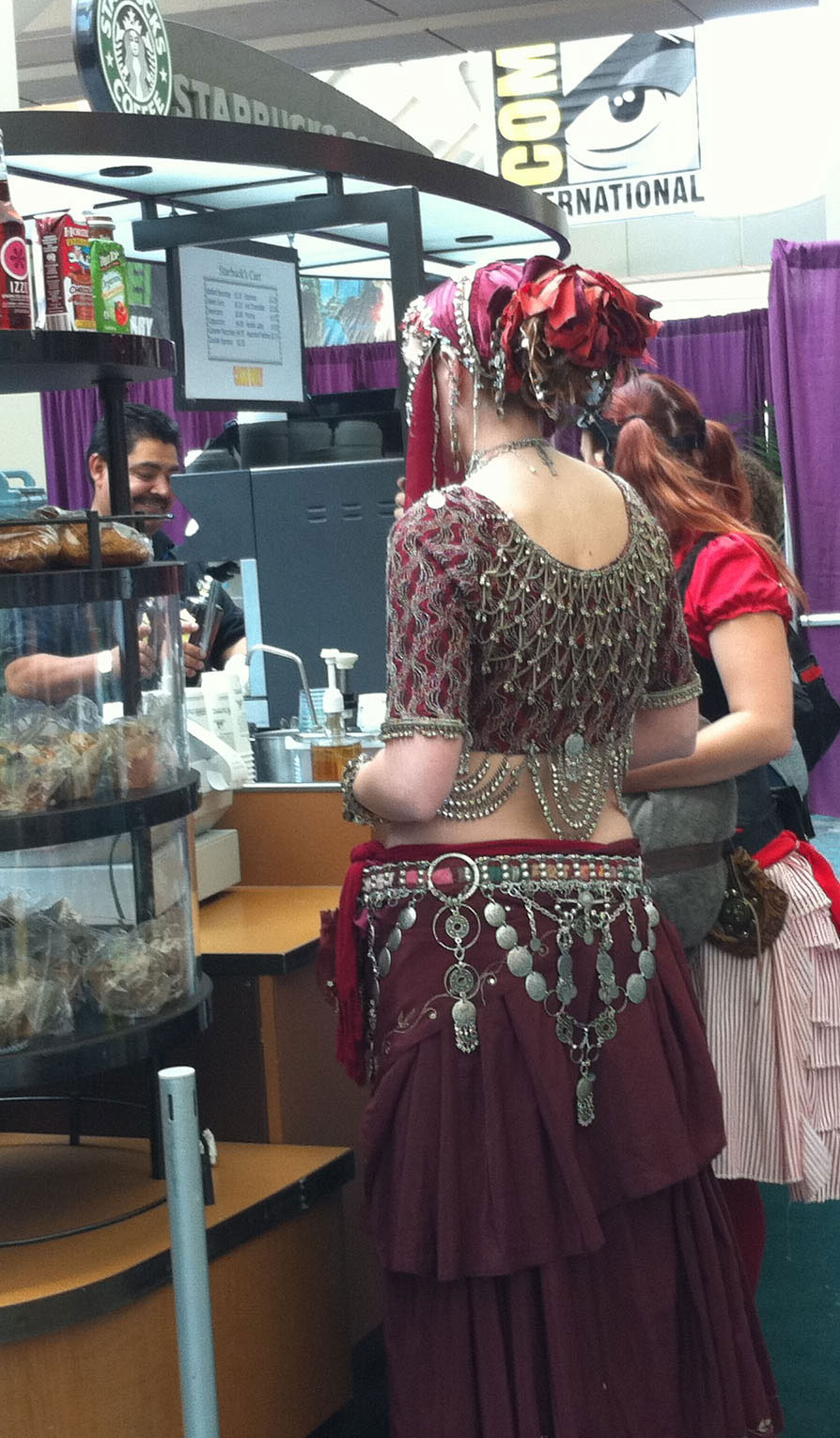 Bellydancer and Manga Girl getting some java.