I have no set idea of what Utopia looks like and I blame my youth on this. 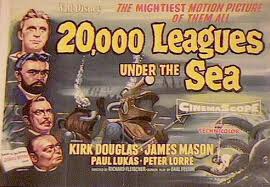 In fact, I can point to the day at my grade school, 61st Street Elementary in South Central, when, if there ever was a chance for such to seed, that notion was shattered. Our teachers hipped us to the Dewey Decimal system so we could find books in different categories in our well-stocked school library. Thus mentally armed, me and the other kids were let loose in the library and I recall vividly seeking out 20,000 Leagues Under the Sea by Jules Verne. To this day, decades later, I can’t tell you why I knew about this book. Disney had made a film in ’55 with Kirk Douglas and James Mason, but at that point at eight or nine, I’m pretty sure I hadn’t seen it on TV.

The book, a science-fiction novel, was first published in 1869. It’s about the mysterious Captain Nemo and his ocean spanning submarine the Nautilus. The brilliant biologist and mechanical engineer Nemo (Latin for “no one”) is sinking war ships in his crusade to end war. Revealed in a follow up novel of Vernes’, Mysterious Island, Nemo is actually Prince Dakkar, son of a raja, and has devoted his life to battling injustice and imperialism, particularly the British Empire for conquering his native India. Thus he is both freedom fighter and terrorist, seeking to enact his vision for a better world Okay, so that’s not exactly a utopian dream, but in sci-fi novels, the road to utopia, made as it is by flawed humans, oft derails into dystopia. 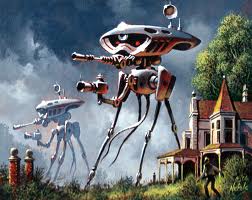 The British chap, H.G. Wells was another early science-fiction writer who like the Frenchie Verne, predicted machines of progress and destruction like moon capsules, tanks and atom bombs. His War of the Worlds, about nasty Martians invading Earth, has been made into films, TV mini-series, comic books, and an infamous radio play by Orson Welles (no relation apparently) and his Mercury Theater wherein some listeners actually though we were being invaded during the Depression. Wells was also a socialist historian (“Not Mr. Wells’ history, sir, but history nonetheless,” Casper Gutman tells Sam Spade as he tells him the sordid past of that most precious object in the Maltese Falcon) and a member of the Fabian Society. These were a group of cats who were intellectuals who got together to pontificate about society. Wells wanted them to do more than arm chair philosophizing and saw their role as agitating for a better world. 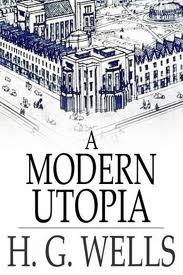 In 1905 he published A Modern Utopia a mix of fiction and ruminations wherein he imagined a world run by compassionate, educated, enlightened folk. I don’t know if Wells read the “Talented Tenth” essay by W.E.B. DuBois in 1903, but the civil rights leader also expressed the too expressed the desire for a one on ten black man to emerge who lead the race to a better tomorrow. Later, in his future set sci-fi novel The Shape of Things to Come, Wells saw this utopias only being achieved after a decades-long devastating wars and rebuilding, including a period of a benevolent dictatorship that eventually leads to his world state period. A time in which every citizen is well-educated and well-rounded in various areas, a society of the advanced and the enlightened.

Since then in various novels from the likes of Isaac Asimov’s Foundation series to William Gibson, the father of cyber punk, movies like the Terminator series, various Star Trek incarnations (recall the episode in original Trek where Kirk and Spock go to this planet and the two warring sides have refined war to the point where computers calculate casualties after a cyber strike and people are in a lottery system and have to report to the energy incinerators when their number is called) the only reason the future looks bright is due to laser rays and cobalt bombs going off in the near distance.

In the recently revived comic book, Magnus, Robot Fighter – and you gotta love a cat with that sobriquet – Magnus, a muscular guy who wears a, well, a mini-skirt and boots (and there’s nothing wrong with that), karate chops the metal necks of bad robots seeking to enslave a lazy future North Am populace grown too dependent on serve robs, police robs, cleaning robs and what have you. Maybe then if Magnus can clear the path, he’ll kung fu us into utopia just yet. 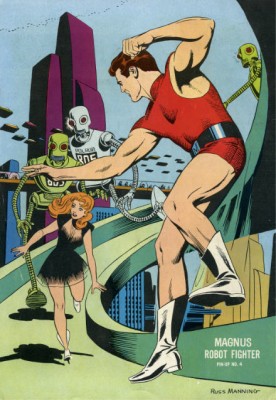 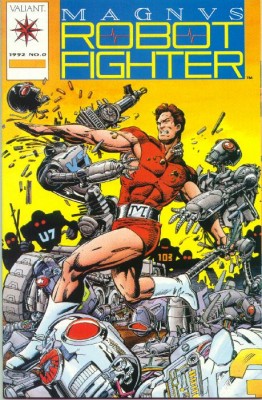