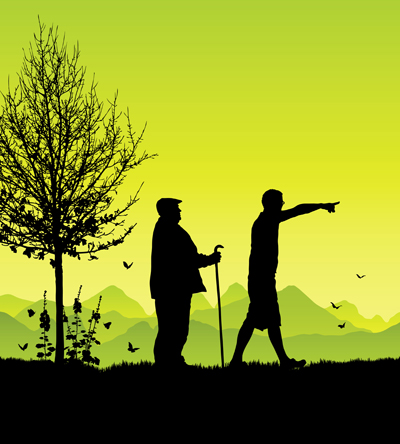 Growing up in a protective working class family meant rarely venturing far from my parents.  Eating out at restaurants occurred about once a year, I never stayed over at a friend’s place, and I was not allowed out at night unless it was a school-sanctioned event.   When I was a child, I rarely went to events or new places without my parents – they accompanied me to my visits to the doctor and the dentist, to our annual summer trip to Great America, (an amusement park near San Jose), and to the Grand Lake Theater, where we watched some seminal films like Star Wars, E.T. and The Wrath of Khan.

One of the few places I frequently visited as a child was the Oakland Coliseum.  My dad worked as a security guard (supposedly the first Asian American who worked there as a security guard) so he was able to let me and my friends watch Oakland A’s games for free.  My dad was good at making friends with his co-workers such that my friends and I had all the hot dogs and promotional paraphernalia we wanted.  After the games, my dad even drove my friends back to their homes.

When I started college, my dad still let my friends and me into A’s games and when I gained an appreciation of live music – concerts as well.  However, as I lived away from home, I also began to do things without my parents, who were angered by this as they still sought to control my actions.  Perhaps they could have monitored me a bit as I found myself in more than a few sticky situations, but it felt good to learn how to navigate around life with new partners in crime.

My dad left the Coliseum when the Raiders came back to town.  Working at Grateful Dead concerts were difficult enough, and dad was not going to deal with the infamous fans of the Black Hole.   Retirement seemed to treat my parents well as my dad had a pension from a military job before working at the Coliseum and all the kids graduated from college.   My mom quit her job in a sweatshop, they had free time to contribute to neighborhood meetings, and they took a trip to China, the first time my dad ever visited the “home country.”

However, as the years went by, I quickly learned how my parents could not do the little things that were easy in the past.  Technology has passed them by as my parents never learned how to use cell phones or the internet, which contributed to the difficulties of performing day-to-day activities.  Soon after that, driving became a chore, household maintenance abandoned, and mobility impaired.

When my dad was diagnosed with Alzheimer’s a few years ago, my parents needed my help more than ever.  Despite working at SEIU as a researcher in Long Term Care, I still knew little about the services available for seniors.   I called numerous Alameda County offices regarding any available social services but always felt unfulfilled by the lack of any real help and often times, transferred around until the phone system hung up on me (which happened almost every time).

Like a child when my parents accompanied me to a doctor appointment, now they needed accompaniment from my siblings or me.   While I tried to teach my mom how to call for a taxicab, she really needs accompaniment because dealing with bureaucracy is complicated regardless of how able someone is.  My sister has found a way to make time away from her job to take my parents to doctor appointments, but I would say that employers, while minimally sensitive to childcare, are generally insensitive to elder care.   As their health deteriorates, the doctor appointments become more frequent and my siblings cannot accompany my parents to their needs.

My parents need help in Long Term Care health services, but what working as a Long Term Care researcher did teach me is that the business is nasty.  Sure, there may be a few benevolent, good-natured Long Term Care providers, but most of them are out to make an easy dollar as they craft their part in the cradle to grave business plan.   Long Term Care providers seek out Medicare patients over MediCal patients due to the close to double amount of money they receive in State reimbursements.  They pay their staff close to minimum wage but hire well paid doctors as administrators who work on-site once a month.  They reduce their “staff hours per patient” (the general metric used to evaluate the level of care at nursing or convalescent homes) to the minimum amount allowed by State regulation.

I do not want to send my parents to a nursing or convalescent home, but they require help that reveals all that is wrong in the elder care system.  My siblings and I do not have the time or are equipped to tend to my parents – at least not enough to hold full-time employment and have a family of our own at the same time.  Sure, the Long Term Care industry could switch their focus from making profits to human decency, but that’s not the system where we live.  Reform could be passed where “staff hours per patient” could be increased to acceptable levels, State subsidies could be increased to responsible operators or elder care could become a public service owned and operated by the State (and not private subcontracted out).  Until the urgency changes, we will try to accompany them to all needs they have.