Right to Profit, Meet Right to the City

Guest blogger Tony Roshan Samara is associate professor of sociology at George Mason University and a resource ally with the Right to the City alliance. 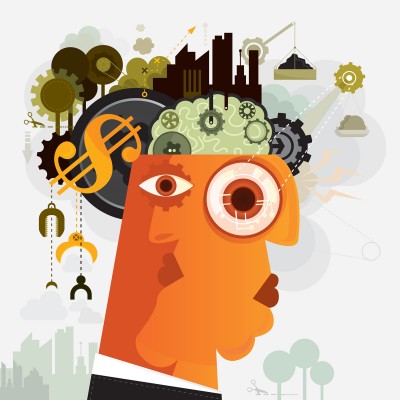 About a month ago the Right to the City alliance (RTTC) and its allies occupied downtown Boston for an afternoon with the explicit goal of targeting Bank of America at its Massachusetts headquarters. The action was intended to draw attention to the central role played by banks in the foreclosure crisis that has torn across the country.

BOA was chosen because it is the largest bank in the country and it has been deeply involved in taking people’s homes in the Boston area. According to RTTC, BOA has the most homes in foreclosure in Boston, and most of these are in “majority minority” neighborhoods.

The action came at the perfect time. While anger against the predatory and destructive practices of the mega-financial institutions has been building for years, it has now come to a head across the country in a wave of protest that is truly historic. But the RTTC action has a special significance because it was organized by people from the communities that have been hit hardest by the latest predations of gangster capitalism.

The action took place on Friday Sept. 30th, when all of the organizations involved met at the downtown meeting hall of SEIU. The coalition that came together that day was pretty impressive. There were thirty four organizations from the Boston area alone, doing much of the arduous prep work leading up the weekend’s activities. These included the four area RTTC groups – City Life/Vida Urbana, Chinese Progressive Association, Alternatives for Community and Environment and Direct Action for Rights and Equality (from Providence!). But it also included, to name just a few, the Boston Workers Alliance, Mass Alliance Against Predatory Lending, Network for Immigrants and African Americans in Solidarity, Women’s Fight Back Network, Youth Jobs Coalition and Union of Minority Neighborhoods (for the entire list, go to Take Back Boston).

In addition, over two dozen RTTC groups from around the country rolled into town to join the fun, from the Bay Area, Los Angeles, New Orleans, Miami, Northern Virginia and New York.

The morning started off with coffee and a round of workshops where different organizations shared best practices, campaign strategy and theory –– while the logistics folks finalized their preparation for the huge action.

The SEIU hall was buzzing with energy, you could really feel that something big was coming. And I have to say in retrospect, the logistics coordinators did an unbelievable job.  This was probably the smoothest and most organized mass action I’ve ever attended.

After lunch folks started walking down to Boston Commons, just a few blocks away and the first gathering place for all the marchers and occupiers. The weather was close to perfect, sunny, not too humid and a light breeze if I remember correctly.

People arrived in waves and pretty soon the crowd filled the lawn and bandstand area. Before long we moved out into the streets, marching through downtown Boston’s commercial and financial districts. Lots of people had signs, some had flyers and stickers they were handing out to curious onlookers. There was music, chants (“What do we do when banks attack? Stand up, fight back!”), and a big banker/vampire puppet.

The march ended at 100 Federal Street, the BOA headquarters, and there were enough of us to surround the entrances on both sides of the building. That’s when the size of the action really became clear as thousands of people massed on one city block, and at times the chanting was like thunder. I can’t imagine what the BOA workers looking out at us from behind all that glass were thinking.

About 20 or so people had made the decision to enter the building and face arrest, including individuals like Presley Obasohan from Dorchester, MA, who is fighting attempts by BOA to foreclose on his home and evict him. From what I heard later from those arrested (and all were released by night as far as I know) the police treated them well and no one was hurt, a different story than reports coming out of New York and Oakland.

The action soon began to wind down, and many of us moved on towards Dewey Square, where, as it happens, Occupy Boston was just beginning its – still ongoing – action. For the many in the local media it seemed this was too much to make sense of, and I had to shake my head as I read that Right to the City and Occupy Boston were the same movement, or that RTTC was an offshoot of Occupy Boston, and even that RTTC was running Occupy Boston!

But confusion aside, the coverage was useful in projecting the message of resistance to a political system dominated by the interests of an unelected elite, a message which has now taken on a life of its own and gained a legitimacy that it probably hasn’t had in this country since the age of the original robber barons.

Aside from the value of bringing attention and pressure to bear on corporations that act against the public interest, the RTTC action also reaffirmed another important movement reality, which is that there is power in occupying place, even if only for a brief moment in time. Done correctly, it punctures the invisibility that too often defines the perpetual crises of the poor – from housing to police and state repression to simply being reduced to second class status – and reminds the nation that no matter how marginalized many communities.

About a week after the action, and in the wake of bad press around the new $5 dollar debit card fees and the growing Occupy Wall Street Movement, BOA CEO Brian Moynihan said defensively that “we have a right to make a profit.”

Well, I don’t know where that right comes from, but it does provide a nice contrast to the rights a lot of other people are demanding, like housing, health care, decent work, and so on. And that contrast nicely captures what all of this is really about, which is two very different visions of how our society should be organized.

But as the OWS grows in prominence, old dangers lurk. Two in particular stand out.

First, the issue of race has already broken the surface, reigniting a debate that last appeared at this scale in the wake of Seattle 1999 and the anti-globalization movement. OWS has likewise been criticized for being predominantly white, and it’s good that there is an ongoing debate/discussion about this, though I don’t know that it will necessarily lead to more unity than did similar debates over ten years ago.

And at some level it may be beside the point. The problem is not that the Occupy movement is mostly white or even white led. If this is an expression of white anxiety then it sure as hell is a lot better than the Tea Party. But as long as the US is not post-racial then we can’t be surprised that our political mobilizations, like so much else, break down along color lines.

What matters is how progressive white organizations, movements, moments, etc. position themselves in terms of race and ally themselves with people of color led formations. As long as we are stuck in the quagmire of racial politics, we would do best to approach radical politics from a popular front perspective rather than a one big party perspective cause the latter just ain’t gonna happen.

Second, if gentrification has taught us anything it’s that the 99 percent don’t share the same interests all, most or perhaps even any of the time. As Catherine Rampell recently reminded us in the New York Times, the 99 percent includes a whole lot of really wealthy people. Plus, it’s not billionaires – or even millionaires – taking over Brooklyn, San Francisco’s Mission District and all the other urban hotspots that have fallen to class warfare over the past twenty years.

So while 99 percent is to some extent not meant literally (I hope) it does raise the specter of really a really weak, vague politics that will result in the poor being thrown under the bus once again when a middle-upper class compromise is struck (New Deal anyone?). At the very least it makes it hard to forge a really strong pro-poor agenda as that would cut into the wealth of the top 5, 10, 15, … percent.

The super rich have ruined a lot,  but we’re not going to fix the nation’s problems with their net worth alone.

The good news is that mobilizations like Right to the City offer a way forward, one that is principled, led by low-income communities of color and which can accommodate very easily the radical demands of the OWS movement.   But for this to go anywhere will require that a clear and strong pro-poor agenda be the leading edge of the movement.

Returning to the theme of place, the poor, and the middle class for that matter, don’t live on Wall Street, they don’t live in many of the places that are being occupied, which is why they have to be occupied in the first place. This matters because ultimately we will need a place based politics that defends actual communities and neighborhoods. And in cities it is, and has been, the homes of the low income, the excluded, the marginalized which are under relentless attack. Defense of these spaces has to form the core of any progressive movement that hopes to outlast the ability of the elite to sit back and wait for the furor to die down.