The moment I stepped foot on the campus, I knew I belonged there somehow. Right below Griffith Park—what seemed like worlds away from home in South L.A. The reality was that our local schools were failing us—only one of my three older siblings made it out of Dorsey High School—and this was my only shot at going to college.

Before Mama Toya, my maternal grandmother, passed away, she asked my parents to provide me with the best Catholic education possible. Thanks to luck, sacrifice and the opportunity of a lifetime, I was accepted at Immaculate Heart High School, an all-girls catholic school with a rich history here in Los Angeles, and challenging tradition in the Catholic church. 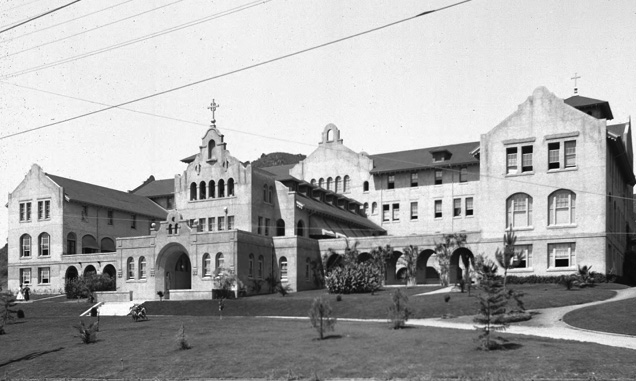 The fact remains that the notion of self-determination and the ability of a community to listen to the word of God and to find an historically relevant response is not acceptable presently to the institutional Church under the Sacred Congregation for Religious to whom we are presently subject.[2]

What put the nuns at odds with the archdiocese was the interpretation of the Vatican II reforms, which they saw as a mandate for asserting more control over their lives, and Cardinal McIntyre’s refusal to let them teach unless “they wore habits and adhered to a host of traditional regimens governing when they prayed, when they went to bed, and what books were appropriate for the nuns to read.”[3] Upon the establishment of the Immaculate Heart Community, the nuns were able to create a new community outside the jurisdiction of Catholic church; this also included Immaculate Heart High School.

The mission of the school was etched in our brains from day one: “Foster academic excellence in an environment that encourages students to become women of great heart and right conscience through leadership, service and life-long commitment to Christian values,” with a stress on “great heart and right conscience.” The journey to school was a trek, to say the least. After a semester of hitching rides from neighbors and the occasional carpool with mom landed me in detention for tardiness, I decided that if I was going to keep my way out of trouble and earn my bearings, I would have to go the public transit route. Mornings began at 4:50 am in order to make the 6:10am 38 Line Bus, make it in time to transfer over to the 207 and safely get to school by 7:30 am. Hollywood at the time was quite the sketchy neighborhood, so my friends and I (aka the “Bus Crew”) made friends with the bus operators so they’d drop us off right in front of school. Like a good Catholic, I embraced the trek for four years as God’s test to my determination and persistence. 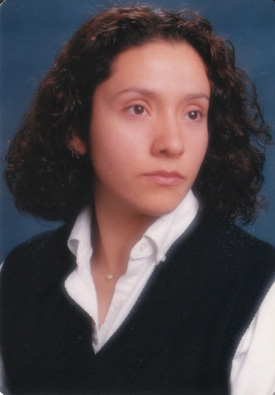 As one of the poor kids on campus, I struggled to fit in, but what made me stay and ultimately graduate were the teachers and their ability to make us feel like we could conquer anything. English was not my first language, but my teachers nourished my thirst for reading. I discovered Jane Austin, Amy Tan, George Orwell, Shakespeare, and still remember when Mrs. Rader dedicating a whole semester to dissecting The Great Gatsby. And when my Spanish teachers discovered I was a fluent, and proud, native speaker, they mentored me and encouraged me to Chair the Spanish club. The World Civilizations class was followed by a U.S History course that used Howard Zinn’s People’s History of the United States as the primary text book—where I had the opportunity to learn about the civil rights movement of the 1960s; and during my senior year AP Government class, I learned about the lack of protections for child farm workers that persist to this day. My copy People’s History of the Supreme Court still sits on my bookshelf.

Perhaps the biggest gift my experience at IH gave me was to reimagine what my faith would look like as a transitioned onto adulthood. That I find what speaks to my truth, to lead a life that serves the greater good. And to always ask questions and maintain a healthy level of skepticism.

The Immaculate Heart Community has been very present on my mind these last few months, thanks to Katy Perry’s purchase of the nuns’ former convent in Los Feliz that has most recently been tied up in the courts. The spat over the convent has brought up the longstanding debate between the IHC and the Archdiocese—who ultimately has control over their decisions? The seller the nuns went with, restaurateur Dana Hollister, says she intends to make the convent open to the public. While Katy Perry, who the Archdiocese is fighting to sell to, wants to make it her personal sanctuary. We can only hope that traditions of social justice of the Immaculate Heart Community continue to live on.

[1] “Our Roots, Our History” https://www.immaculateheartcommunity.org/ihm-history.html