Patagonia, Angela, and The Take 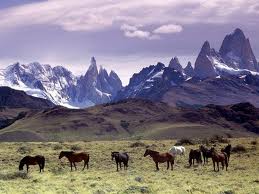 For the past month, I have had the privilege of traveling with a friend through Patagonia, a gorgeous region with scenery and colors that seem to stretch far beyond human understanding and imagination. The long rides and hikes through endless landscapes and blue skies have served the perfect backdrop to reflect on life and these changing times; on current crises and burgeoning movements like OWS; on the work that fellow friends and activists and I have been involved in over the past year to fight for jobs, public sector services and free education in London; on where we’re at, what we’ve accomplished and where we should be going…

These reflections have been nourished by Angela Davis’s totally badass autobiography, written at the very young age of 28, that I’ve had the pleasure to read along the way.

The book is a beautiful personal insight into a time when the struggle against racism in the African American community was at a boiling point (1960s-early 1970s) in as disparate places as the  Jim Crow South, the east and west coasts of America,  as well as in other parts of the world such as Germany and post-revolutionary Cuba. Davis takes us back to Birmingham, Alabama, where the author is from, and depicts in vivid detail a time when segregation was alive and kicking and Black families ran the risk of having their houses blown up (on “Dynamite Hill”) for moving on the white side of the street. Her recollection of the brutal murder of 4 black girls in a church bombing in Birmingham in 1963 is gut wrenching and extremely powerful as she takes us beyond the now well-known historic headline to describe her friends robbed of their childhoods while trying to navigate a world hell-bent on destroying them and the budding uprising of Black people in the South. Ultimately, it is not, as Davis explains, a couple of “bomb-wielding racists” that were responsible for their deaths, but “the whole society [that] was guilty of this murder” […] “the whole ruling stratum in their country, by being guilty of racism, was also guilty of this murder.”

She describes the unbelievable struggle to free political prisoners such as the Soledad Brothers, the symbol of many Black brothers and sisters wrongfully accused, jailed behind bars and murdered for their convictions and the color of their skin. She deconstructs the racism and inhumanity of the U.S. prison system, the deliberate attempts performed by the prison staff to divide, demonize and render prisoners dependent and ignorant, as well her own personal struggle to resist the system behind bars.

inally she takes us through her own political trial and wrongful  convictions of murder, kidnapping and conspiracy as well as the mass movement that formed to denounce the political motives behind hers and many other incarcerated brothers and sisters, which would later be revealed to be the COINTELPRO program. (For more on this, check out the documentary, COINTELPRO 101)

Above all, she reminds us of how deep racism, hatred, discrimination and sexism ran and how far we’ve come as a society from Jim Crow America thanks to the efforts of all those that were committed to the black liberation and civil rights movements. It’s a story of incredible hope, which displays the beauty and humanity and unrelenting determination of an oppressed people in struggle.

Some of the most beautiful passages of the book are those that illustrate the tremendous passion of those people and the hope that comes in movement building. Describing one of her stints of organizing in LA, Davis says:

We felt we had the energy of stallions and the confidence of eagles as we rushed into the neighborhoods of LA – on the streets, in houses, campuses, offices – driving, walking, meeting, greeting. We experienced the heights of brotherhood and sisterhood doing something openly, freely and above ground about our own people. This was no sly manipulation of the establishment, marked by compromise and gradualism. Nor was it the individual heroism of some one person whose outrage had reached the point of no return. Our stance was public and our commitment was to our people – and for some of us, to the class. The time was indeed ours to seize. Inspite of the absence of a homogeneous ideology, in spite of the disparate ways in which problems were approached, we knew we could not retire to reflect, could not halt the tide until every detail was worked out to everyone’s satisfaction. Like new alchemists we lit the fire and trusted the heat to refine our recipe for victory.

The author reminds us how interconnected injustices are, and how carefully interwoven and embedded multiple forms of oppression are in the system. In order to overcome these, we must unite our struggles and above all else, abolish class differences in order to eliminate all other forms of oppression.

The more the movement for my freedom increased in numbers, strength and confidence, the more imperative it became for everyone to see it not as something exceptional but as a small part of a great fight against injustice, one bough in a solidly rooted tree of resistance. It was not only political repression, but racism, poverty, police brutality, drugs, and all the myriad ways Black, Brown, Red, Yellow and white working people are kept chained to misery and despair. And it was not only within the United States of America, but in countries like Vietnam, with the bombs falling like rain from U.S. B52’s, burning and dismembering innocent children.

We wanted the culminating mass demonstration of the campaign to bring all these struggles together in a single, unified dramatization of our power. All our separate movements – political prisoners, welfare rights, national liberation, labor, women, antiwar – might generate storms here and there. But only a mighty union of them all could beget the great hurricane to topple the whole edifice of injustice.

From a very young age, Angela Davis displays incredible commitment, courage and endurance and her story is truly inspiring, reminding us throughout that we must at all costs organize to fight injustice and that only truly organized mass resistance will bring about change.

Davis beautifully defines the long-term struggle she and her comrades are invested in when asked whether or not she is a Communist “Yes. I am a Communist and I consider it one of the greatest honors, because we are struggling for the total liberation of the human race.”  She reminds us of what real long-term struggle means and sacrifice and what being a true revolutionary means. As she says:

Revolution is a serious thing, the most serious thing about a revolutionary’s life. When one commits oneself to the struggle, it must be for a lifetime.

Today, some 40 years after Angela Davis first published her story, we cannot help but see obvious parallels with our system today, and how far we still have to go in the ways of institutionalized and internalized racism, intergenerational transmissions of poverty, the prison industrial complex and other forms of injustice and inequality that are profoundly embedded in our societies – particularly in the US. With 1 in 8 black men in their twenties in prison or jail in the US, this book should be seen as a call to arms to all to continue the fight against racism, police brutality and  all other forms of oppression and injustice today.

Davis’ story is one of many that can lend us inspiration in a time where people -such as the OWS movement and others – are beginning to connect the dots of the multiple forms of injustice. Angela Davis and her comrades led a struggle that ultimately brought significant changes in the treatment of Black people in the US and it is only by getting organized that we can rise above injustices of all kind in the long run. In order to overcome racism, poverty and oppression of all kinds, we must unite our struggles and work collectively to dismantle a system that maintains structural inequality and encourages class warfare. Only then will we be able to create a more just world together.

As I am currently traveling through Argentina, I would like to make a shout-out to Avi Lewis and Naomi Klein’s “The Take” (2004), an extraordinary documentary about factory workers in the suburbs of Buenos  Aires that take over their factory, abandoned by their boss during the economic crisis of 2001.

The film documents what has become a widespread movement of cooperatives throughout the country. Here again we can draw inspiration from this film at a time when people around the world are thinking about alternatives to our profit-over-people-driven systems.  What if we simply refused mass lay-offs and outsourcing and took over our work places in order to create jobs and redistribute profits equally among workers? For all those thinking about movements today and alternatives to the economic crisis, I highly recommend this film.