Not Your Parent’s Deficit 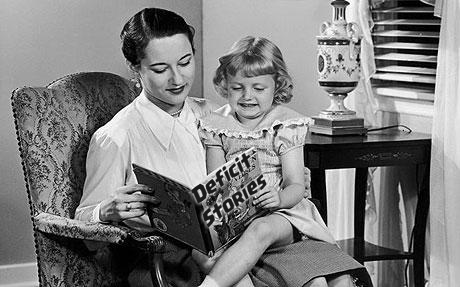 Our federal deficit is hovering somewhere around $14 trillion.

A deficit, as anyone who has had to maintain a household budget will tell you, is the gap between what you spend and what you earn. But unlike having to pay for heat, light, food, rent and a car note, spending on our nation’s level has many more complexities.

For instance, we chose ––or some would argue, were sold a bill of goods –– to go to war with Iraq and Afghanistan under the rubric of the never-ending War on Terror.

According to several estimates, those two wars are now costing us taxpayers around $3 billion weekly.  Nobel prize winning economist Joseph Stiglitz and Harvard’s Kennedy School of Government Professor Linda J. Bilmes two years ago published a book called the Three Trillion Dollar War: The True Cost of the Iraq War, which predicted that  the actual budgetary and economic costs of that single war would reach that number.

In an October 27 post on the Daily Beast, Bilmes wrote the two have now revised their estimates and predict the cost of the wars will be between $4 and $6 trillion.  All wars are not equal: due to troop reductions in Iraq, Afghanistan costs are now greater in that country.

Additionally Bilmes points out the long-term costs of these wars will be higher than previous wars because of increased survival rates of injured troops who may have served several tours of duty, greater incidence of PTSD (post-traumatic stress disorder) and other mental health disorders, and higher percentages of vets claiming disability benefits.  Over many election cycles, including the latest, suggested cuts in military spending has had politicians branded weak and un-American or in the good old days, commie sympathizers.  To its credit, President Obama’s bipartisan deficit commission, headed by Erskine Bowles (the Democrat, former chief of staff under Clinton) and Alan Simpson (the Republican, former senator from Wyoming) has called for, among other measures, cuts in defense spending.

Rolled out a week after this past November 2nd elections wherein the Dems got a shellacking at the polls as Obama stated (in part over jobs and economic matters) , the deficit commission (its formal name is the National Commission on Fiscal Responsibility and Reform) also had other proposals for deficit reduction that co-chair Simpson said “would require real pain all around.”  Though this past August, as the commission was finishing its findings, Simpson, not known for being Mister PC, tipped his hand when in an email to Ashley Carson, executive director of the Older Women’s League, described Social Security as “a milk cow with 310 million tits.”

For in addition to Pentagon budget cuts, the Bowles-Simpson commission proposes to raise certain taxes, and by 2050 raise the mandatory retirement age to 68 (up from full retirement now at 66 though for those born after 1960 it’s 67) and by 2075, 69-years-of-age before you quality for Social security.  It should be noted that currently Social Security is running at a surplus, though is projected to operate at a deficit by 2037.  The commission would like for every $1 in new revenues to have $3 in spending cuts.  The commission would generally leave Obama’s healthcare measures in place, strengthening its cost control provisions, including recommending a board that would be able to make cut to Medicare providers.  But would have Medicare essentially become a voucher program.

Representative Jan Schakowsky, a member of the commission, stated “This is not a proposal I could support.”  Schakowsky unveiled her own plan that would, in part, cut nearly $121 billion from the defense budget; eliminate some of the most blatant in corporate tax breaks – like loopholes that allow execs and fat cats on Wall Street to avoid tax on compensations over a million dollars; pushes for a public option in the healthcare reform; and would require Medicare to negotiate for better drug prices.

Another Nobel prize winning economist, New York Times columnist Paul Krugman, pretty much dismissed the commission’s proposals wholesale.  Krugman sums up the commission’s proposals as ultimately seeking to transfer income upward from the middle class to a small minority of the wealthy.   He also argues that when it comes to Social Security reform, that yes, life expectancy is rising, but mainly for high earners — the sector of people who need those benefits the least.  He writes that life expectancy among the bottom half of the income distribution chart has barely inched up over the last three decades

Others such as Rich Trumka, head of the AFL-CIO and economist James K. Galbraith, vice president of Americans for Democratic Action, maintain the way out of this deficit is to increase employment. Trumka calls for more economic stimulus packages and a reduction in the trade deficit.  Galbraith argues that the way to create more jobs is a “substantial component of private financing.”  The ADA’s VP further states there must be debt restructuring for the household sector, and a massive overhaul of the banking system.

Cleaning up Wall Street is no small task.  Like making deep cuts in the military, Sarah Palin will become a vegan before these two Sisyphian efforts would happen.  Still, that doesn’t mean the president’s commission is the only game in town and indeed several progressive think tanks have released their own report, Investing in America’s Economy: A Budget Blueprint for Economic Recovery and Fiscal Responsibility, offering, shall we say, a saner and more equitable alternative on reducing the deficit.

While the president freezes federal wages, and the GOPers say unemployment benefits only undercut a person’s gumption to look for a job, the real work to reign the deficit must be guided by facts and a vision for a better society, not narrow-mined ideologies and balancing the books on the backs of the working poor and struggling middle class.