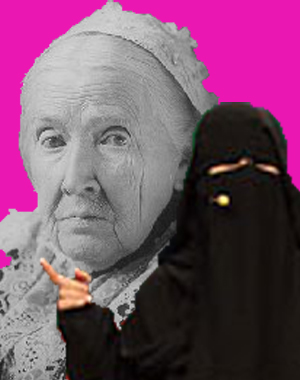 This year I’m celebrating Mother’s Day with a mashup about Julia Ward Howe a founding mother of U.S. Mother’s Day, and the astonishing Hissa Hilal, the first female finalist on Poet of Millions, Abu Dhabi’s poetry version of American Idol.

Julia Ward Howe saw a natural connection between motherhood and the struggles to abolish slavery, achieve women’s suffrage, and win international peace.  Her 1862 poem, written after visiting a Union Army camp, was published in the Atlantic Monthly and became the lyrics of the Battle Hymn of the Republic, a Union Army anthem.

Howe no doubt saw an alignment between the fight to abolish slavery and the idea of a “just” war.   But that was hard to sustain. The Civil War was the bloodiest in American history, claiming more American

So, in 1870,  Howe proposed a “Mother’s Day for Peace” and wrote the Mothers Day Proclamation — a call to mothers everywhere to take a stand against war and for peace on an international scale.   Howe organized a first “Mother’s Day” as an anti-war observance in New York on June 2, 1872.  But it wasn’t until 1913 that Congress officially declared the second Sunday in May as Mother’s Day.

Howe’s efforts actually built on those of another activist, Anna Maria Reeves Jarvis, who, along with her daughter are also rightfully known as founders of Mother’s Day.  Jarvis organized “Mothers’ Work Days” in West Virginia to improve worker health and safety conditions in Appalachia.  During the Civil War, Jarvis organized women to leave their homes and families and care for the wounded — on both sides of the battle lines.  After the war, Jarvis worked as an early innovator of reconciliation methods, convening meetings to persuade men to set aside hostilities and prevent war.

The tradition of women taking truth to power includes poet Hissa Hilal, who, dressed in full burqa, became the first female finalist on Poet of Millions with her controversial verses that attacked Muslim clerics for suppressing women and peace.  Here is a roughly translated excerpt from her poem:

I have seen evil from the eyes of the subversive fatwas in a time when what is lawful is confused with what is not lawful;
When I unveil the truth, a monster appears from his hiding place; barbaric in thinking and action, angry and blind; wearing death as a dress and covering it with a belt [referring to suicide bombing];

He speaks from an official, powerful platform, terrorizing people and preying on everyone seeking peace; the voice of courage ran away and the truth is cornered and silent, when self-interest prevented one from speaking the truth.

The Poet of Millions judges awarded Hilal their highest score, but in American Idol fashion, the audience did not.  She came in third in the competition, but her impact was heard around the world.

Hilal was not the first woman to appear on the show nor to be a target of death threats for her poetry.  In 2009,  Aydah Al Jahani, a women’s rights advocate, took the same stage, also in burqa — against the wishes of her family, tribe, and in the face of death threats. The video below gives you a taste of her performance on the show.