Metropolis is another “German” game (see last week’s post which explains what German games are all about),  that was released in 1984 by Ravensburger, a 125-year-old German company (actually based in Ravensburg). 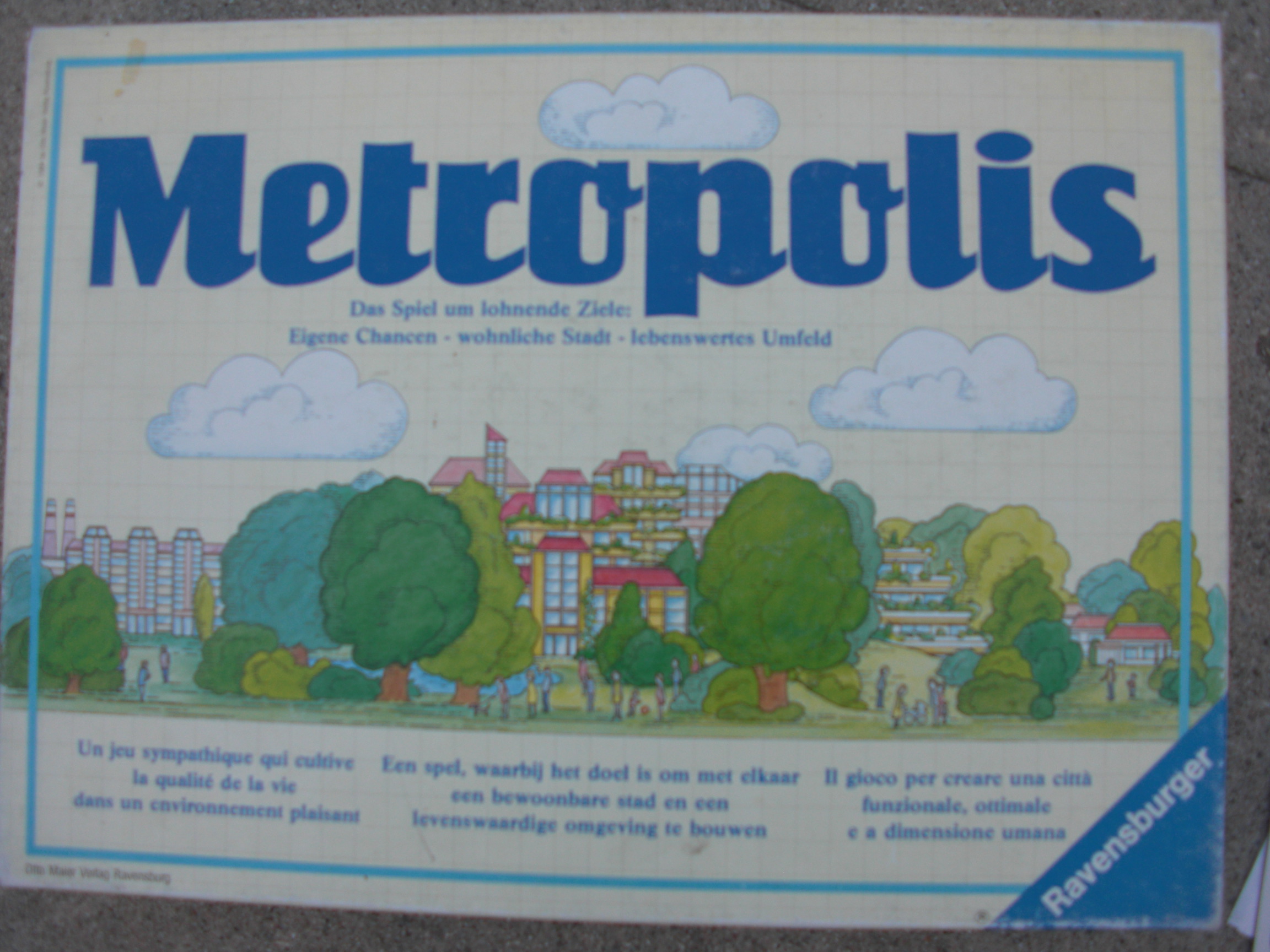 The game was designed, however, by the very American Sid Sackson (1920-2002) a well-known game maker, collector, and writer.  Board Game Geek offers a quote from Sackson, that nicely sums up what people like about “German” or “designer” games:

(A good game) should be easy to learn yet have infinite strategic possibilities, give you the chance to make choices, create interaction among players and take a maximum of one and a half hours to play.

Metropolis has all those characteristics.  I bought it because it contains some urban planning ideas, the primary one being that the value of buildings goes up or down depending on what’s near them:  Home values go down when a factory moves next door, or go up when a school is added to the neighborhood or if the building has a view of the park.   The game includes some abstractions of zoning and land assembly.  The game dynamics involve choosing cards that have the same number on them as squares on the board, claiming property with colored game pieces, and rules that limit what you can do on  blocks where another player has assembled a lot of land. 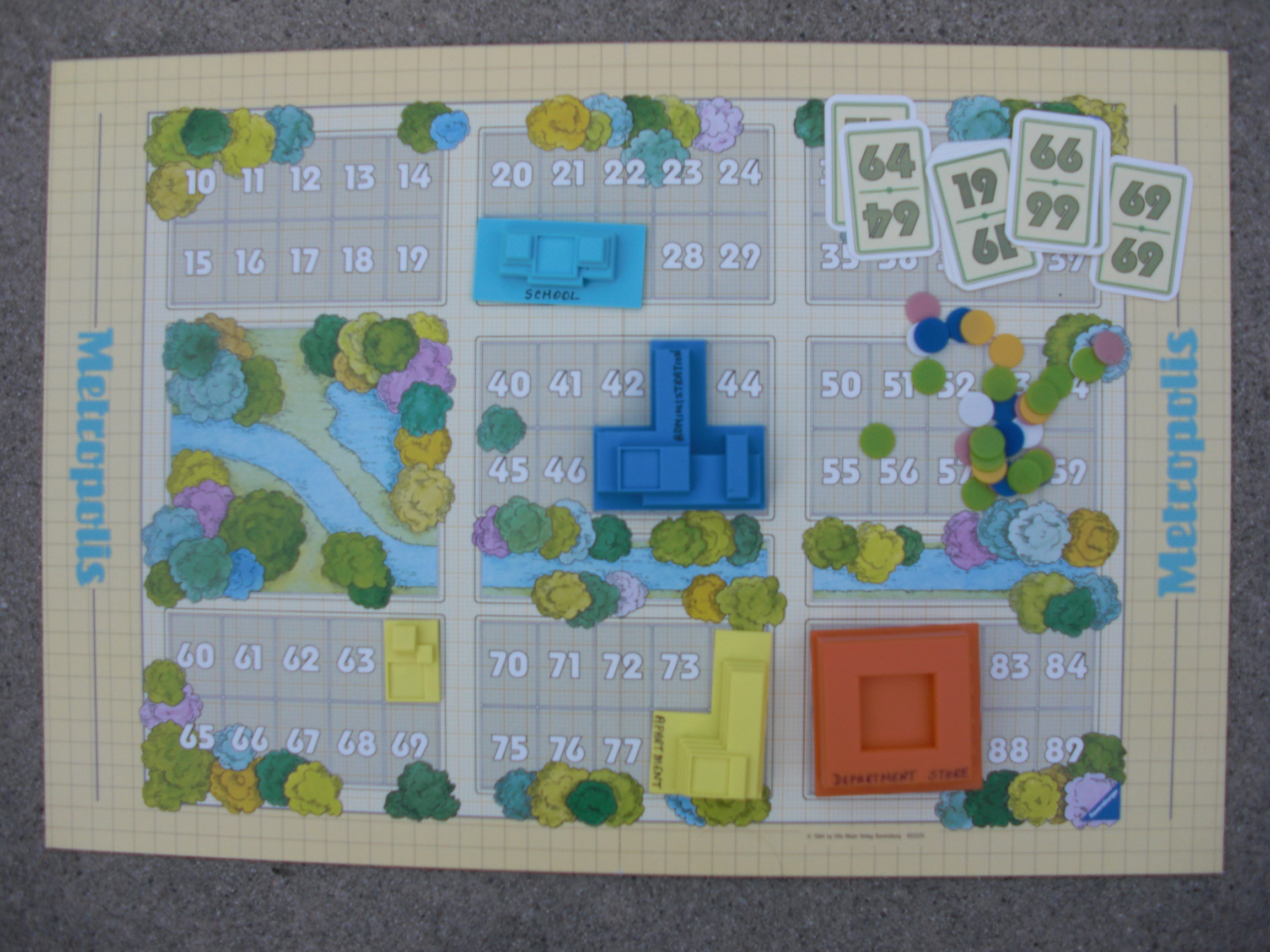 There are a lot of opportunities for trading, dealing, and joining forces to get things done.  And therein lies the strategy and the fun.  I also got some good ideas about game mechanics for our zoning game (which was my goal) from playing the game.  And I’m starting to enjoy this whole board game experience beyond that investigation.

Metropolis is out of print.  I got my version from a trader on the Board Game Geek Marketplace, which is in German, Italian, and French.  My seller included several versions of English translations of the instructions.  Probably the most versions or translations of instructions I’ve every seen.  Definitely got my money’s worth there.

The more I experience great board games, the more I realize that game design is truly and art and the more interested I become in learning about the designers themselves.  If you share that interest,  The Great Games of Sid Sackson is a nice little website that features an overview of Sackson’s work, descriptions of his games, a list of his books, and an interview.

Next week: Smog (yes, its a board game)