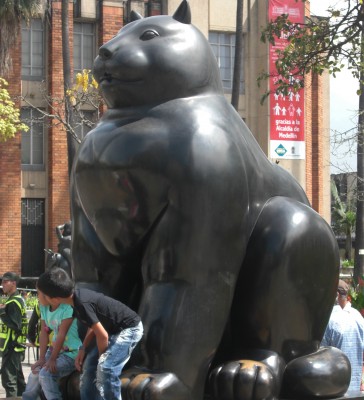 It’s a place where volume matters.

It matters to the street vendors –– the “llamada” vendors who offer cell phones for use by the minute –– and the hawkers who shout out to lure you into a shop.

It matters to native son artist Botero who insists that he doesn’t paint fat things –– that “fat” isn’t the medium of his iconic style –– but that his medium is, in fact,  volume.

It matters to the young Hip Hop performers who use attitude to produce volume when microphones are not available. 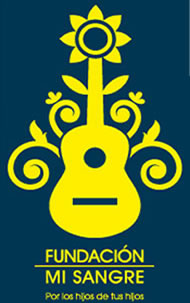 I am here in Medellin, enjoying the tangible volume of generosity and spirit offered by my new friends and allies at Fundación Mi Sangre, my peers in an exchange sponsored through the Synergos Senior Fellows Network.

Mi Sangre was founded five years ago by the Colombian pop star Juanes to address the needs of young land mine victims and then, more recently, expanded its mission “to help children and young people become protagonists in the construction of peace in Colombia.”  Mi Sangre understands peace-building to be something more expansive and transformative than the absence of violence.  Peace-building is a process of new ways and means that requires creativity, and Mi Sangre places their faith for change both in the potential of a new generation and the transformational power of the arts as tools for creative problem-solving.

I am here with a purpose which is, as Dr. Pop,  to help design a communications campaign with Mi Sangre. Towards that end, I just completed a work-week with my new friends, 75% of it consisting of introductions to people, to places, and to the specific artistic expression of children and youth.  The week began on Monday and scaffolded relationships and experiences so that I encountered several people more than once, and that by Thursday, when Mi Sangre turned its offices outward in an Art Jam, offering its garage as a canvas for graffiti artists, its lobby for painters, its patio for making new music, and the street for cooking up a huge Sancocho –– I was no longer a stranger.  By Friday, representatives of the diverse assembly had enough material to build stories together, to create the bones of a campaign.

Although my itinerary was brief, it was preceded by a month or two of digital exchanges, emails, skype calls, and structured assignments which, among other things, involved the completion of my popular education planning “puzzle” and a version of Smart Meme’s Narrative Power Analysis Worksheet.

Here is a brief synopsis of my fascinating itinerary in Medellin: 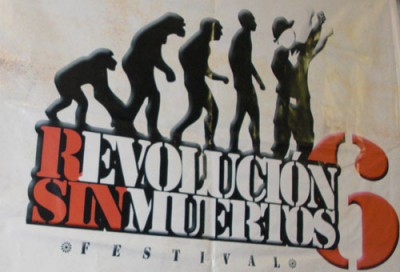 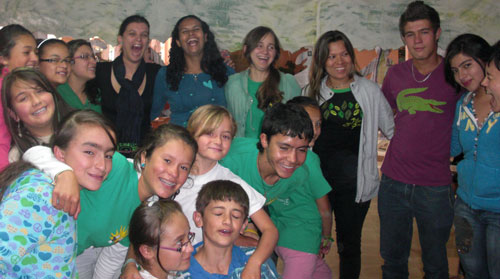 This is what peace looks like –– Constructores de Paz, Granada 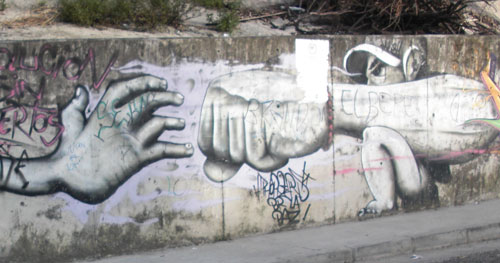 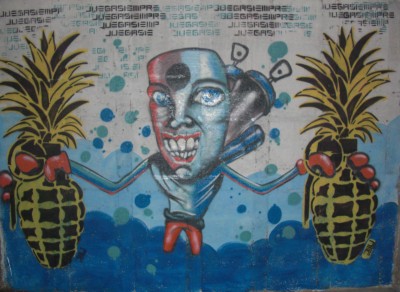 Pineapple bomb graffiti in the garage 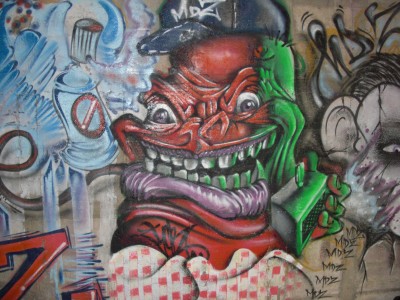 Another monster for peace 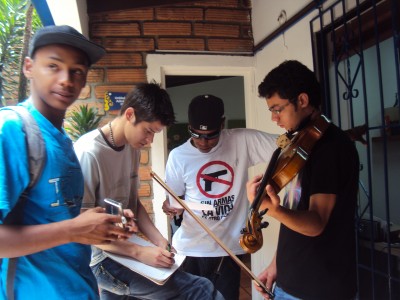 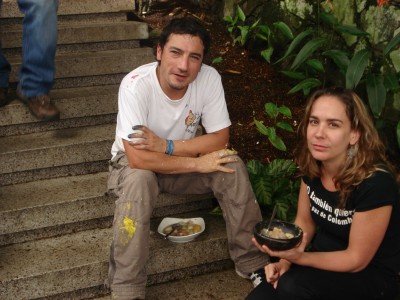 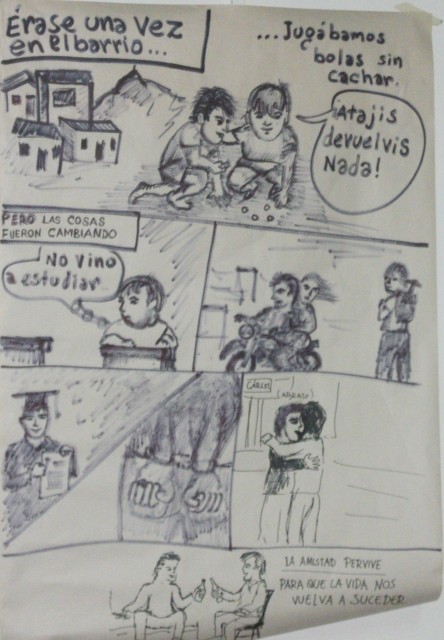 One of the storyboards from Friday’s brainstorming session

Check out the song produced at the Art Jam by youth from Comuna 5, 8, and 13 at the Art Jam in response to the proposition that Medellin in 2031 will be a place where everyone and everything in every way respects human life.