Manchester Kicks it Off in Britain

We have been fighting to get something started in Britain, we’ve been looking to the Arabs (in a remarkable and much appreciated change in point of view), to Tahrir Square and beyond. We’ve also been chanting “London, Cairo, Wisconsin! We will fight! We will win!” We’ve looked to Greece, to Madison, and now to Occupy Wall Street for inspiration. No one here knows quite what it is that could spark the wave of reaction and protest, but most of us are sure that’s what we need just to save what our parents and grandparents won from utter destruction, much less improve it. 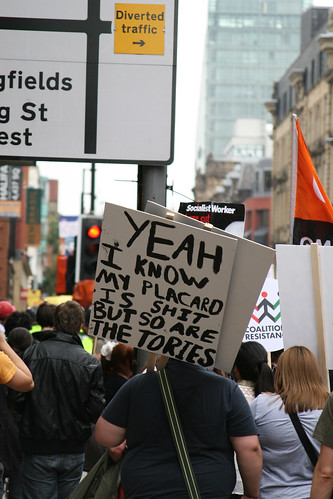 The Tory conference took place just over a week ago in Manchester. So, I embarked on my first-ever coach journey full of my fellow activists, and however much we disagree about almost everything, I do appreciate the Right to Work folks for arranging a 10 quid ticket up and back. We left at 7 am from Leshisham and and it was a good 5 hours up to Manchester. Awesome. We then marched as we always marched.. Manchester was a beautiful and fascinating city, their firemen were goodlooking, their people turned out in masse as far as I can tell.

Sadly, although the Guardian reported 30 to 35,000 people at the march, I must confess it never felt that there were so many. It is the problem of a march without hills, where you can never be above or below and look upon the great stretch of people who are there on the streets with you. What was most visible was the police presence. I have never seen these mobile CCTV units, nor the metal police ‘cordon’ protecting the art museum from the evil protestors. The snipers training conspicuously large guns on us as we stood at the only place you could actually see the conference centre and yelled for a bit. No one was up for much of anything else, but that was hardly surprising. 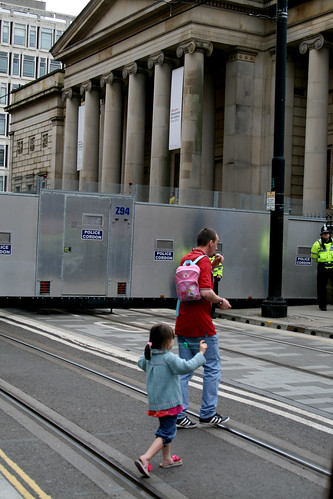 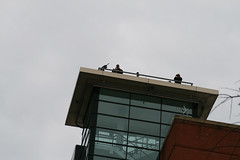 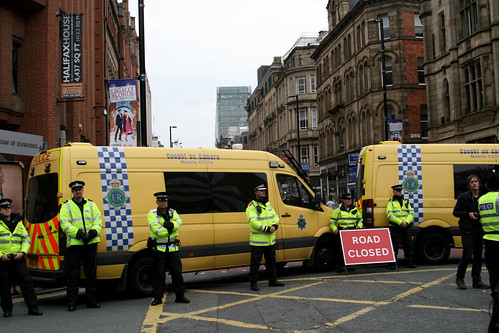 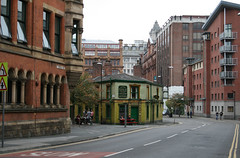 We spent three to four hours protesting, we sat in the park where the rally was held for a while, but the speakers were far and it was clear most folks were giving the rally a miss. So we then spent an hour or so in the loveliest little pub I have seen or patronised for ages (known as Peveril of the Plains), and then another 5 hours plus back on the coach. A long long day.

I enjoyed the latest protest a bit more, had a bit of hope that it might prove something of a spark. “Block the Bridge, Block the Bill” it was called, called by UK Uncut to take a stand against what is known as the Lansley Bill and the first step in privatising the NHS. We were all kind of hoping that the masses would come, that we would overflow the bridge, that it would be so amazing we’d stay right there until the House of Lords began their debate on the bill. It was a respectable and enjoyable protest, but small. Still, it was full of creativity and hand-made signs.

For more about the protest, including the Lambeth group’s little theater exercise to involve the crowd in judging Lansley and telling him why the NHS needs to be saved, you can read the Lambeth Save Our Services blog. 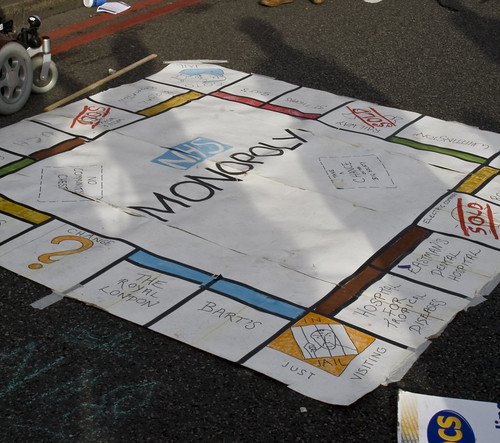 So to finish, you can see below an incidental indictment of  America. We shall see if we can manage to prevent it, it’s going to be an exciting fall… 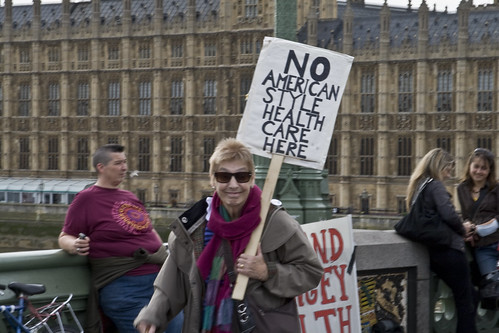