In US cities today, our public safety officials typically respond to violence by locking people up, by moving the offender far away from their families and their communities. This process of removal is almost always handled by the police, the only government officials that many US residents will ever see. And whether the people involved in the incident are youth or adults, the official response is roughly the same.

Alternatively, there may be no real response to violence at all. This is especially common in cases where weapons are not involved. Neither of these two extremes –police-led removal and inaction – does anything to address the underlying causes of violence. Neither accounts for the pain, neglect, or stress that can drive people to harm one another. Moreover, neither extreme deals with the hurt caused to others by an act of violence, the survivors, victims, witnesses, and loved one whose lives are forever changed by the event .

This begs the question, what is so public about public safety? Is it just that criminal justice employees are paid with tax payer dollars? Can real public safety be achieved without meaningful public involvement? Restorative justice is a philosophy that emphasizes the critical importance of involving parents, brothers, sisters, lovers, friends, children and other community members in the peacemaking process following a violent incident. It focuses on repairing the harm caused by crime and conflict, healing broken relationships, and addressing the underlying reasons for any offense.

It was precisely this understanding that guided Chicago’s first “Day of Healing” on December 8th of 2009. Called by the Community Justice for Youth Institute, the day was initiated as a response to the more than 50 youth killings that happened between January and November of 2009 (see map below).  Thanks to the work of over 30 community organizations and schools, the day was organized in a matter of weeks. All across the city, from the South Side to the Wild West to the North Pole, these groups brought together youth and adults whose lives have been seriously impacted by violence. 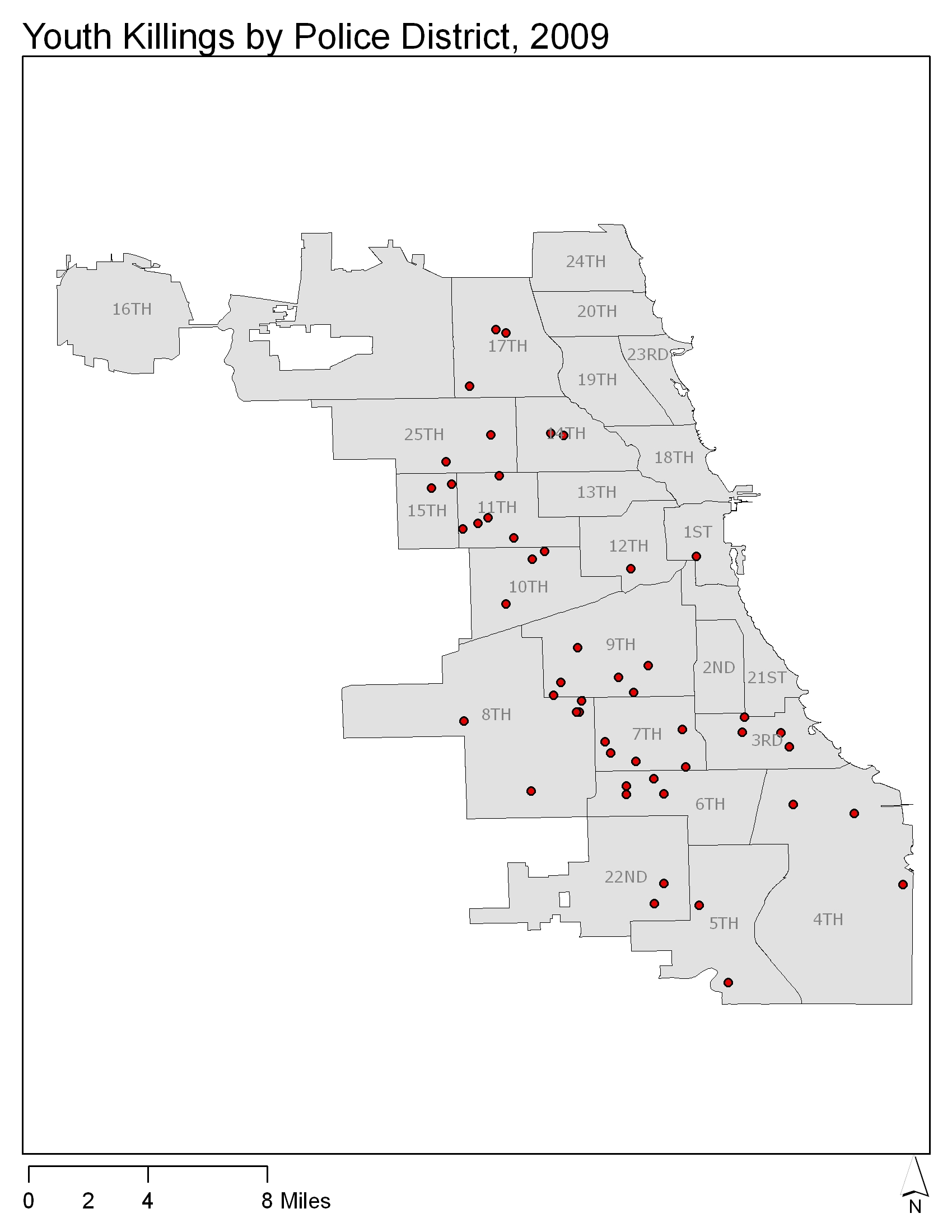 More than 40 peace circles  were successfully organized on that day, each one providing a safe space where people volunteered to sit down with one another and to share whatever was in their heart. Some circles explored the root causes of school fights, some provided a safe place for people returning from prison to share about their personal journey, while others brought together community leaders to reflect on the peacemaking work they’ve been doing for years.  Since that day, all of the circle organizers have met again and are planning to coordinate similar days of healing on a regular basis throughout 2010.

Chicago’s “Day of Healing” model offers a prime example of what peace and safety can look like when neighborhood leaders take charge. Whether you are a high school student, a teacher, a grandparent, or a non-profit worker, you have the ability to organize and facilitate peacemaking circles. You have the power to change the culture of justice at your school, on your block, and in your neighborhood. It is not enough to outsource safety to the police, or to simply ignore violence when it occurs. Real public safety requires the regular involvement of the real public. And that means us.

To learn more about peacemaking circles, restorative justice, and Chicago’s “Day of Healing,” go to: