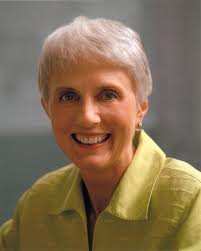 Marie Kennedy is a transformative community planner who often draws upon participatory action research (PAR) methods to advance her work. In this interview, she shares stories about the impact that PAR can have on both urban and rural communities.

Unlike conventional approaches to research, PAR is built on the understanding that everyone has the desire and capacity to create knowledge. This simple fact – that we are all seekers and potential producers of truth – is at the core of Marie’s work, as well as the work of many other great community builders, known and unknown.

In general, this is also what I try to achieve in my planning work. There is a fine line between what transformative community planning and participatory action research do, and I am not always sure where that line is.

When the adults talked about the problems the youth faced, they spoke about the need for jobs and the lack of recreational space. However, when the youth were deciding their focus those issues didn’t even come up. Instead they decided to organize a large speak-out, where a much larger group of youth could get involved.

At the speak-out they had four workshops, one was about role models, another was about police harassment. None of them were about jobs or recreation. Several hundred people attended their speak-out, including the Mayor and people from the City Council.

When the adults saw that the youth were going to run the meetings, they were terrified. But the young people did a fantastic job. The only people who acted out were the cops. In the middle of a session, one cop stood up and shouted— “I could arrest you right now!”

This acting out happened in front of the elected officials, so they saw that their claims of being disrespected by the police really had some truth to them. As a result, this event led to the establishment of a Police/Citizen Review board for the area. Another outcome of the process was a cable TV show, called Youth Consultants, where the youth would address the causes of the issue.

Throughout the entire process the youth were in the driver’s seat, and primacy was given to the youth voice. Through role playing, workshop design meetings, and several practice sessions, the youth were prepared to guide the day’s discussions and to make sure the exchanges were not dominated by one or two people. Even the mayor, who was running for re-election at the time, did very little talking. Coming out of that process, we got a much different outcome than what would have emerged from typical planning, which may have tried to do something about the jobs or recreational spaces. For us, the most important thing to happen in that project was the raising of youth voices in a public way.

Ryan
Who are some of the people who have been influential to you?

Marie
Many years ago, when I first visited the Highlander Center, I had a conversation with John Gaventa. He was not the director then, Myles Horton was still the director. He kept talking to me about participatory research, and I was telling him about what I do. I asked him to explain what participatory research meant and he said, “that’s what you do.”  Both PAR and Transformative Commmunity Planning are an approach, an attitude, where the outcome is not predetermined.

Mel King, who is in his 80s now, has long been a leader on women’s rights and gay rights, even during the 1960s when those things were not the major focus. We’ve talked about collaborating on a book called Planner Without A Plan –– the idea is that you have to go in without a preconceived notion of the outcome of a planning project in order to truly listen to those most affected by an issue

You use planning tools to help people make informed choices, and to ground those choices in overall community values like inclusion, and building relationships across differences. PAR can be a useful way of doing that, where those experiencing a problem can work to engage others in that issue. Yet PAR is just a tool, there are other tools that work as well.

I did work in a low-income Mexican village, where the rural economy was collapsed. It was a very divided community, and it was a challenge just to get people to work together. PAR was not yet possible there, and we were half-way through the project before we could turn the leadership over. So we just made sure our work was inclusive at every step of the way, and we used a bunch of typical tools, like we had a bunch of focus groups. We did focus groups with old women, with young women, with day laborers, and with land owners.

Ryan
How did it feel when you could transfer over the leadership?

Marie
It was terrific!

At one point in the project, we organized a community-wide assembly. The students went door-to-door inviting people, we had a sound truck that drove around, and we had a feast for the end of the event. When the people came to the assembly, they had a dot on their name tags that indicated which workshop they were expected to attend.

We got many people who had not been speaking to each other in the same room, and they realized they had shared problems. There were five different workshops and each one needed to prioritize their three top goals for the community, what happened in those workshops was magical.

About one third of the village’s adult population was in those workshops, and every breakout group independently prioritized the same three visions. Once everybody saw this, they realized that the issues they’d been fighting over were small things. The small differences between them fell away in the face of larger goals.

Because many of the people in the town could not read or write, we had the visions all depicted visually. The top 3 were: health, clean water/sewage, and educational opportunities. The voting was color-signified:  each person had three colors of post-its–a red one for their first choice, blue for second and green for third.  Each workshop prioritized the same three visions. It was a very transparent voting process, especially compared to most voting in Mexico.

Out of this came a group of volunteers that took the shared visions into strategies and actions. They recognized the need for taking immediate steps with available resources. So they cleaned out a local septic tank which had been overflowing into the agricultural land. Additionally, they were able to receive equipment and a part time doctor for a health center from DIF (Desarrollo Integral de la Familia), now that they had a functioning committee that could manage the program.

They also reached out to the closest teacher’s college in the region, and convinced the college president to have student teachers come out to teach their children. They were able to do this even though they themselves were largely not able to read or write. This committee of volunteers also discussed changing the local economy, because many of the villagers had started traveling to Puebla for construction work or domestic work. They knew that the need for their kids to be educated was serious.

Meanwhile, a group of the day laborers in the village voluntarily cleaned the streets in the village, and painted a building to be used for a health facility. Following this, the government finally built a long-promised sewage treatment plant, as well as an on-ramp connecting the village with the nearest highway, to improve job access to the nearest big city of Puebla.

In this project we were working with advanced doctoral students, who were working on their dissertations. Many of them had very little practical experience before this, and had only taken the course because it was assigned. Some of the students were very rule-bound coming into the project, as if they had to follow certain prescribed steps in an exact way. That can be a problem in this kind of work, it can take the life out of the process.

Yet by the end of the project three of them had changed their dissertation topic in order to continue working in this village, their college made this course a regular part of its curriculum, and the state’s governor wanted them to do these kinds of projects in a different village every year.

We did not know at the beginning that we were going to succeed, it could have been a disaster. You have to start out trying things one way, and adjust as you go along. The overall goal was always to raise all the voices, so that people can say what they need to and have the confidence needed to make changes.

Ryan
There is a saying that “The first victim of poverty is the horizon.”  It seems like these processes help people to reclaim their own horizon.

Marie
Yes, that’s a nice way of expressing it.

Ryan
Who has been influential for you in this field?

Gaventa wrote an article many years ago, called “Digging the Facts.” It comes from something a coal miner said, where research is a lot like digging for goal. You dig out the facts, then put them to use. I appreciate Gaventa’s work, and he is at the University of Sussex at the Institute for Development Studies now working on PAR and participatory local government in many areas throughout the world.

Mel King wrote an old book, called Chain of Change, about black community development in Boston. Myles Horton at Highlander has been a big influence for me, and his conversation with Paulo Freire, We make the Road by Walking.

Ryan
How did you get into this work?

Marie
I started out in architecture, but was discouraged when I realized that the architect is usually brought onto a job after the questions of who gets what, where, when and how have already been answered.  So for years, I moved back and forth between architecture and organizing, finally settling on developing and teaching what I call transformative community planning. I’ve never formally studied planning, I just do what works for my goals which is always countering oppression and uniting across differences.

As an organizer, you reach a point where you have to work beyond short-run coalitions. The thing about PAR and transformative planning is that they take a long time, in order to build people’s self-confidence and leadership abilities. The participants in the Roofless Women’s project went on to work on housing issues, to organize workers, and parents.

The product here is the increased capacity of people. I’ve seen that community planning must have an educational component. Yet empowerment work takes longer, so if you have short-term emergency needs you can’t really be fully participatory.

Marie Kennedy is on the Steering committee of Planner’s Network, and is a co-editor of the Progressive Planning magazine. To learn a little more about her work, check out her article about the Roofless Women’s Project and her talk about Transformative Planning for Community Development.