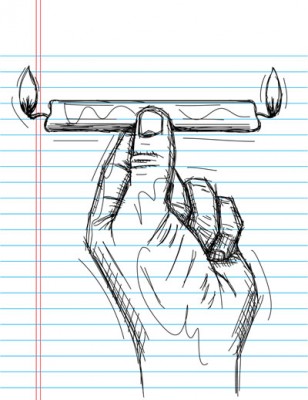 This past year has been an important exercise in patience for me; a year of learning acceptance and letting time do its thing. A year of waiting.

In six months, I experienced three major losses: a loved one passed away, my boyfriend and I broke up and an organizing job that I cared about deeply, ended.

All of these endings threw me into an emotional rollercoaster that went from one extreme to the next – from hyperactivity, to sadness, to anger and back again. I felt completely powerless, as if my emotions were running me. And instead of accepting my healing process, I found myself fighting every emotion, trying to overcome them in order to act and feel “normal” again.

In the middle of it all, major activist burnout kicked in. After being active in social justice campaigns for nearly ten years, I’d come to find myself incapable of moving forward, lacking motivation and with the intense desire to – as a good friend and activist put it – create instead of struggle.

Now that it’s been about a year since all the drama began and that the raw emotions have passed, I’ve realized these losses have been important in learning acceptance and trying to be present without judgment. All of this time of waiting to get off the crazy train has allowed me to finally tune into myself and reflect on wider questions.

Losing my grandmother has made me think about what really matters to me in life, about my family and those I love. The breakup has helped me be thankful for what I had, and reflective on my needs in a relationship going forward. The end of the organizing job has served as a valuable lesson in reflecting on action, on the collective, on what I would do differently next time. And the burn-out, even though I’m still fighting it, has enabled me, for the first time in a long time, to understand the importance of, and try to work towards, connecting self-care with community building work.

Waiting to get better has meant forcing myself to listen to my own voice, and desires. Going through all this has been quite liberating in that regard. After seven years of tackling social justice issues and working on “empowering” others, I feel that for the first time I’m tackling my own empowerment – and it feels pretty damn good.