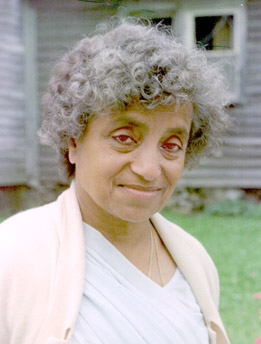 No matter how many movements are launched, campaigns are won, or revolutions are deemed victorious, real fundamental social change remains elusive. Why is it that exploitation persists in our world? What is it that prevents widespread human empowerment from taking root? According to Vimala Thakar, it is partially because social activists have historically failed to shift their most fundamental patterns and beliefs, thereby allowing the arrogance and vanity of the ego to corrupt the ways in which we strive to birth new realities.

While world-changing organizations and movements have been built, they have failed to thoroughly challenge the mental conditioning imposed by the dominant worldviews of their time. Consequently, although the reigns of state power have transferred many times, even the most successful revolutionaries have been bound to ego energies that tainted their motivations for power and transformation. These are the types of insights that animated much of Vimala’s work, allowing her to her continually innovate on both the political and spiritual fronts.

Born in India in 1921, Vimala spent the majority of her life as a social activist, starting in the Land-Gift movement where she helped promote the redistribution of land from the rich to poor would-be farmers. In her late 30’s, Vimala’s movement work took an enlightening turn. After connecting with the teachings of the philosopher Jiddu Krishnamurti, she began her life’s work of integrating the long isolated traditions of spirituality and social action. Guiding her efforts to integrate these traditions was the idea that humans could create a more holistic, compassionate, and fulfilling reality for themselves. Yet in order to do so, a new era in the history of human development was necessary.

At its core, this era would require a multi-dimensional revolution, one that both transformed the workings of our inner life and the structures of our external world. Just as the relationship between workers and their labor must be forever changed, so too must we transform the anger within our own minds and the violence within our own hearts. Vimala urged that working on just one of these fronts will yield nothing new in the world, calling instead for yogis to leave their caves and social activists to leave the comforts of their own familiar ideas and personas.

Key to Vimala’s platform was the recognition that all “collective social action begins with action in individual life” and her assertion that “we cannot separate the individual and the society. We each contain the society when we accept the value structure of society.”  Her outlook on the world was thereby built on the notion of nonduality, where the work of inner freedom and collective liberation were inherently connected, and everyone shared responsibility for both their own patterns of thought and society’s larger patterns of behavior.

In practice, Vimala insisted that social activists cannot bypass the work of the inner life. Quite the contrary, the creation of transformative organizations and campaigns hinges upon many victories that are only possible through inner disciplines like meditation. As activists, our devotion to these disciplines can determine the ways that we relate to our allies, manage our coworkers, face daily difficulties, listen to other voices, and ultimately share power. For Vimala, this work implied a turn away from the authoritarian organizational forms that have long pervaded both the political and spiritual worlds. Even between the teacher and the student, Vimala called for revolutionary relationships based on real equality, whereby the tyrannical tendencies of the mind were constantly put in check.

Among the many challenges contained within her ideas, Vimala suggested that we delve deep enough into our own human psyche to examine the nature of our ambitions. Such a venture is an essential part of any liberatory program, she argued, for it is the desire to impose ourselves on others that constitutes the basis of our personal and social bondage. Rather than domination of the world, Vimala called upon people to recognize their inner divisions and to begin purifying their work through ongoing education and the release of narrow attachments. Such work is necessary, she felt, to avoid self-deception and to make possible fulfilling relationships with others.

Vimala’s ideas have incredible relevance for contemporary circles of social activism. She fiercely rejects the idea that self-investment and personal practices are overly indulgent behaviors, seeing them instead as foundational endeavors. For every time we perceive an enemy within our own organizations or alliances, Vimala would remind us to examine our motivations and strive to heal our inner fractures. By making such investments, successful coalitions could become the norm rather than the exception, social justice turnover could forever be reduced, and we could prevent the kinds of movement exploitation that often stunt the growth of young organizers, before they even realize how truly powerful they could become.