James Rojas: The City as Play 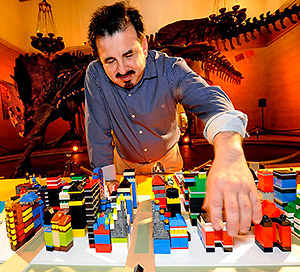 James Rojas is an urban planner who devotes a lot of his time to translating the impenetrable maps and language of land use planning into a activities that are visual, tactile, and playful — the language of how we actually experience the world.

“I’m always amazed by people’s ideas and solutions — its mind-boggling how many creative ideas people have.”

To James, ideas are the golden currency of city-building.

Here’s a 3-minute video that runs you through the process and its party spirit.  A more detailed explanation follows as the article continues below.

Inspired by Doreen Nelson‘s notion of “design-based learning,” a typical Rojas session is an imaginative warm-up for deeper work with planners, organizers, or organizations.  The goal is to assure people that they indeed have the stuff it takes to plan, come up with great ideas, and to learn from each other.  The sessions can and do occur anywhere and everywhere — at the Watts Towers, at the Urban Social Forum in Brazil, at the Metropolitan Transit Authority, in a small town in Florida — with participants of any and all ages, races, and positions in life.

The central focus of a Rojas workshop are the hundreds, or probably, thousands of tiny and colorful objects that represent the buildings of our imagination, which can be combined and organized to express city-building ideas. 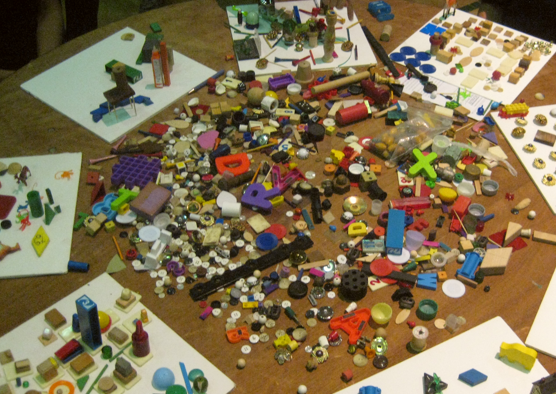 They are delightful to look at, engaging to manipulate, and consist of simple, yet artful, combinations of found objects. 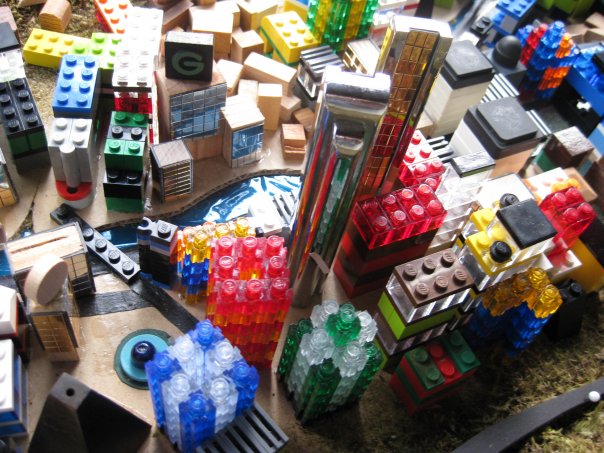 I asked James how long he has been collecting his signature pieces, and he replied, “Ever since I can remember, since I was a small child.”   “So you played with legos as a kid?” I asked.  “I didn’t have legos.  I grew up in East L.A.   My grandma gave me box of things to play with. Things she found.  And I started making things out of them when I was very small — Four years old, maybe even two years old.”  Just shy of five decades.

And, as if to illustrate, while we walked and talked, James instinctively bent down to pick up a bright green object from the street — maybe a bottle cap — and put it in his pocket.  “I used to come home from school, with my pockets bulging with things that I found.”

James insists that his method is extremely simple, and with the exception of the first step, I agree.  But it is only simple if you approach it with a faith in people’s creativity, and a receptive spirit to receive their ideas, and a sense of of cities as places of joy.

So here its is, a James Rojas design workshop in 6 simple steps.

a.  Collect several thousand colorful pieces of various scales and color.  Preferably free.  When I suggested to James that this might be an initial obstacle for a lot of people, he seriously considered lending out his boxes of magical items to interested parties.  Which leads us to the next item… 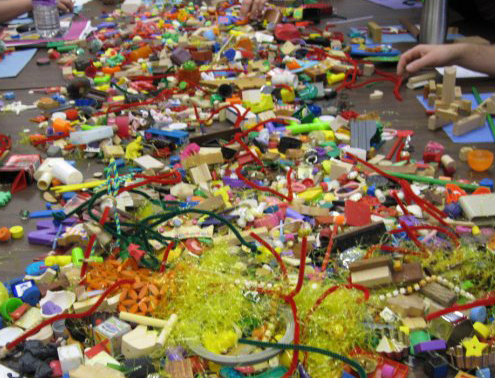 b.  bring a receptive and generous spirit into the room.

c.  Bring construction paper for people to use as a base for their individual models.

e.  For very large groups, very young people, or very old people, it is helpful to have facilitators who can encourage and guide.

Here are some examples:

a.  What would make you walk in Culver City?

b.  What would a never-before seen (city, building, house, park) look like?

c.  How would you design a place for street vendors in your neighborhood?

d.  How would you design a place for you and your horse?

This last one was for a design session for Taking the Reins, an amazing organization for empowering girls. 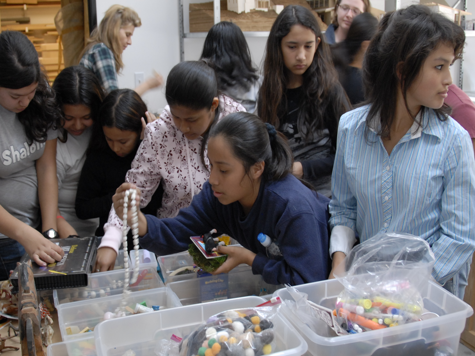 The one inviolate rule in a Rojas workshop is that people need to build, rather than draw. 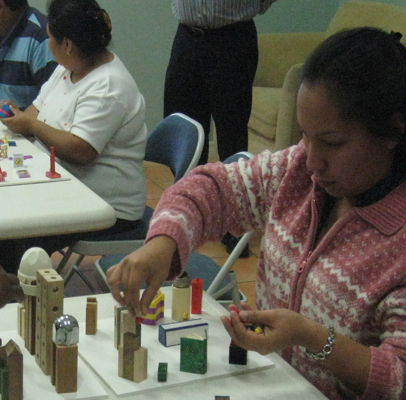 Other general guidance to help people get started along the task of designing a “never-before-seen park,” for example, can be in the form of questions, such as, “How do you want to use the park?” or “What do you want to have around your park?”

Give participants 20 minutes to build their individual models

The facilitator(s) can walk around, encourage people, and answer questions as they do. 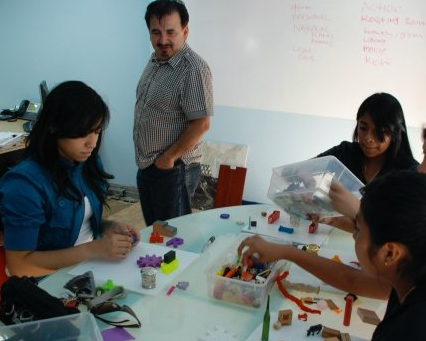 Step Five:  SHARE
Give every individual one minute to share what they built with the entire group. 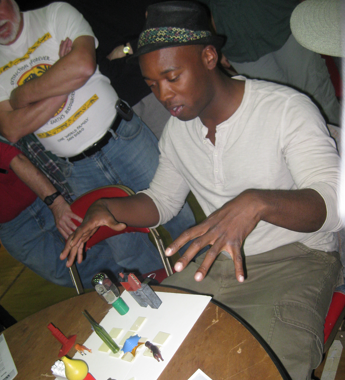 Take about 15 minutes at the end of the workshop to create some kind of mashup of the individual contributions to a whole idea that are relevant to what’s going to happen next.  Here are two examples:

Best of Table: Ask everyone at each table to combine the best elements of what they created into one model, and take one minute each to share with the larger group. 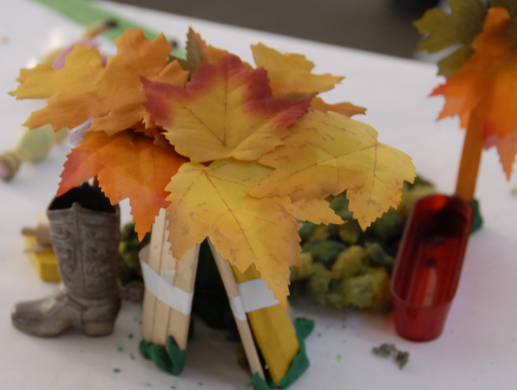 Facilitator Synthesis: As people share their ideas, write them down on budget paper and then organize them into categories that make sense to your effort.  For example: 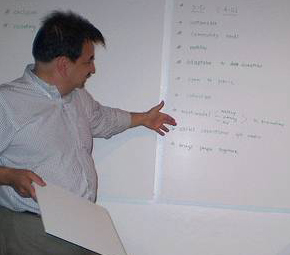 According to James, participants gain different kinds of value from the workshop.

Some people start to see the city with new eyes.

Professionals — designers, architects and planners —  get a very good idea of how people think about space, how they think in general, and what is important to them. 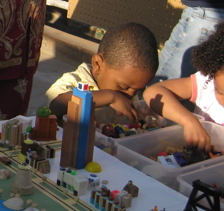 And here is a recent article about James from Next American City.