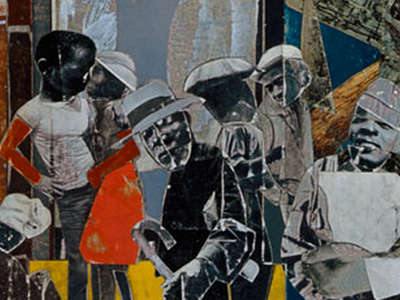 The other week I was having lunch with a young friend of mine who works in advertising. That’s right, he’s a modern day Mad Men type currently working on an account of one of those national brand energy drinks. His task is to make it even more edgy and cool and desirous among the coveted 18-25 year-old market. As we ate our food and each had a beer, not vodka gimlets I hasten to add, he observed that just how pervasive and slippery was the arena of social media. That by the time some new form of cyber communications has caught the attention and use of the mainstream, it’s already passé.

He noted that cats my age, thinking they’re all with it being on Facebook, using twitter, Instagraming, tapping out text message with our liver spotted hands and so forth was cold proof of this. That his target group eschewed such platforms like they had the cooties as soon as their moms were posting to their timelines or putting up their cute baby pictures. The key he noted was how to be part of the wave, how to say use Yik Yak which at the moment is the thing among college students, to pimp, er promote his product to give it that “now” cache. But as soon as he did that, he knew he was poisoning the well. That the youthful consumers would collectively intuit that particular social media was no longer hip, to use an old-fashioned term, and move on the next with it thing.

I wonder then what does that say that the L.A. Times, fighting to maintain a presence in a news world gone around the clock on the cyberways, text alerts and what have you, has hired a young man of color, Dexter Thomas, to cover Black Twitter. Which even I knew was no one site or app, but the whole of the twiterverse it seems will be Mr. Thomas’ beat. Talk about a guy whose going to need plenty of energy drinks.

The legalized murder of teenager Trayvon Martin by George Zimmerman, the impact of what twitter could do hit home for a lot of us, no matter the age group. Here was a shooting that when it was initially reported, received passing notice in the mainstream news. But it was black folk and others on twitter who surfaced the inconsistencies in what had been reported, put the spotlight on the self-appointed neighborhood watchmen Zimmerman, and propelled the incident into national prominence.

From Trayvon to the killing of Michael Brown in Ferguson, Missouri, Eric Garner choked to death in restraint by the cops for selling “lucy’s,” single cigarettes on Staten Island to Walter Scott being shot in the back by a police officer in North Charleston, South Carolina and other such incidents, twitter hastags such as #BlackLivesMatter, #ICan’tBreath and #HandsUpDon’tShoot took on iconic status.

While no one is arguing you can organize via social media, it’s certainly seems that if people already have a sense of a particular injustice going down, then they can be galvanized to come out to protest. It will take human interaction, specific demands and winnable campaigns to build a movement. But twitter and these other instant forms of communication have shown they are part of what can fuel an insurgent counter-narrative,

Take for example when Fox News hack Geraldo Rivera was on the ground in Baltimore covering the protests in the wake of the questionable death of Freddie Gray after receiving a “rough ride” in a Baltimore police van. The young activist Kwame Rose’s confrontation with Rivera went viral visually and via tweets.

Whatever the method of near-instantaneous delivery, methods that challenge the once prevailing narrative of volatile situations, it still means that the work of social change is not down with our thumbs tapping out message or sending pictures, but on the ground, and for the long haul.