I spent a good portion of my childhood and college years in Paris and during that time, I spent many a day with my friends in parks and public spaces loitering, people watching, chatting, protesting… the top four favorite occupations of Parisians.

In Paris, public space abounds and is used for casual meet-ups, art happenings and street performances, for protests, playtime or for strolling with a loved one. The French love to occupy these places.

Public spaces are the perfect spots to eat a quick bite at lunchtime, to catch up with old friends and perhaps above all, to practice the favorite Parisian pass-time of voir et être vu, “seeing and being seen.”  It has always been my way to meet up with friends or family in a park, along a canal or on a square any place other than in a café, restaurant, orany other place where you have to consume (Paris is expensive and a lot of us are strapped for cash).

Public spaces are convenient half-way points and meeting spots that open up time and possibilities — the possibility of observing others and participating in street/city-life, the possibility of bumping into other people we know, or of hanging around longer than one would want to in a bar or a restaurant where your time is more or less contingent upon how much you consume. Public spaces open up the movement and size of a group, a flow of friends and acquaintances coming in at some points and leaving at others, and maybe returning later on. Public spaces exist solely for the purpose of being enjoyed and occupied by people…and that’s exactly what Parisians do. Public spaces are fully integrated elements of everyday city-life. And this is why, when I think of Paris, I think of lazing and people watching, of casual football passes, of being free to simply hang out.

This week’s assignment to pick my favorite public spaces was a tough call. I thought of my favorite lounging parks, such as the park in the center of the beautiful Place des Vosges where Victor Hugo once lived. 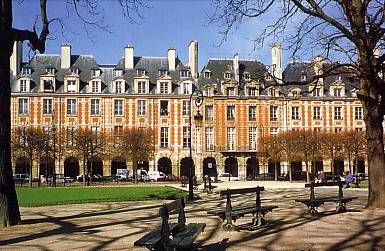 I thought of the Pont des Arts, a pedestrian bridge that links the banks of the Seine where I like to picnic with my buddies.  Its a hangout for young folks and sometimes a brass band shows up at night. 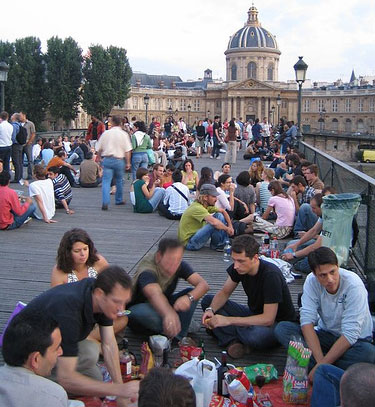 I thought of the Arènes de Jussieu, a couple of small arenas along the river where people have gathered to tango and salsa every week for years… 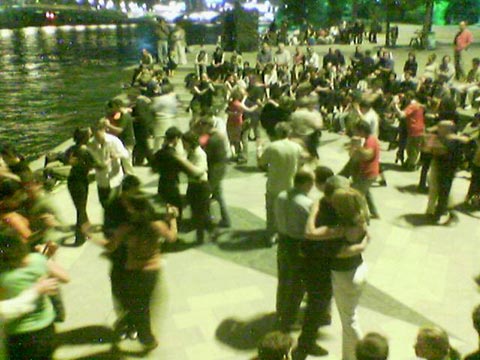 … or the plaza behind the Palais de Tokyo that has become one of the main skater spots in the city. 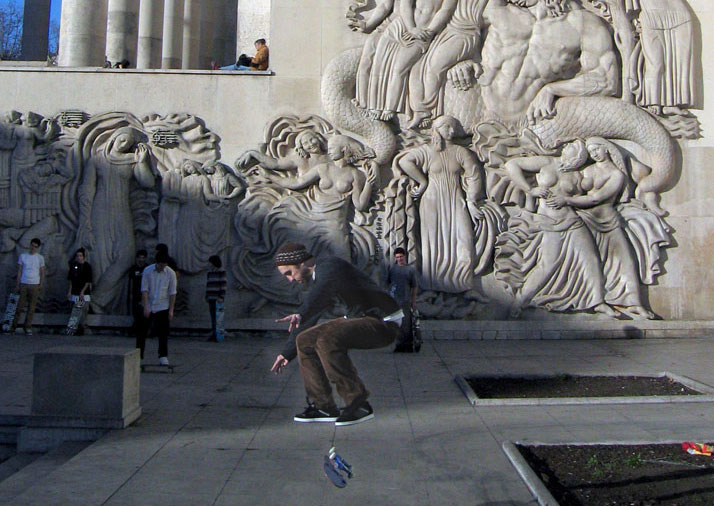 behind the Palais de Tokyo

But the one place that has always been on my list of favorite public spaces is one of the most obvious. It’s the Place Georges Pompidou, a little cobbled square at the entrance of the Pompidou museum in the 4th arrondissement. At first glance, it seems an unlikely pick, especially if you were to see it empty, a bland square slanted on a hill in front of the museum.

But this is where the people are.  The cobbled passage to the Beaubourg modern art museum and cultural center, is where Parisians and tourists walk and hang out all day and deep into the night.  The space is constantly occupied, by museum-goers, students heading to the Beaubourg library, tourists, Parisians meeting for a chat, street performers, and or lovers.  It is probably one of the most popular squares in Paris, and it is certainly one of the most democratic. Located in the center of the city, it is free, accessible, unguarded and open 24 hours a day all year round for anyone who wants to be there.  The square invites people to sit and lounge and tan and talk, unsolicited and carefree for as long as they like.  And because this is where the people are, it is a magnet for street performers and magicians who produce a daily festival, in which we can participate, observe, or if we choose, ignore. 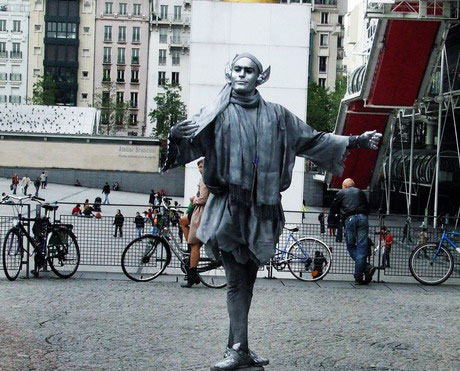 Sometimes the square is the site of an installation or participatory artwork, which further adds to its intrigue and possibilities for fun and surprise. 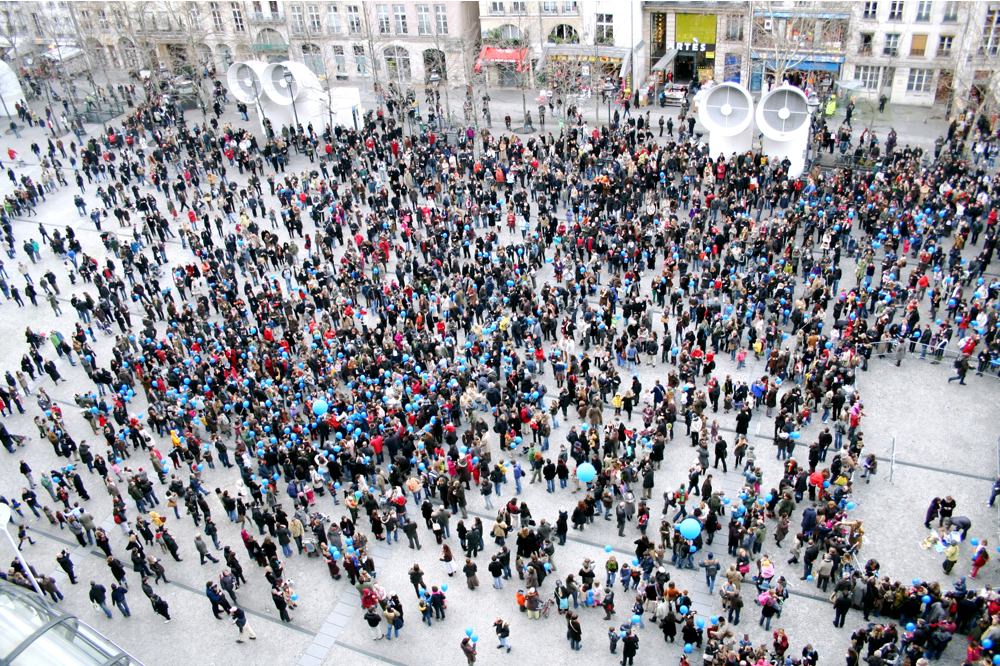 The constant people-presence makes for a very safe space.  Many eyes are constantly eyes on the square.  You can safely loiter for as long as you chose, even into the wee hours of the night, with whoever else has chosen to do the same.

It the place that I go whenever I’m not sure where to go or what to do.  It is the perfect place to stop and figure out what’s next, or just to just enjoy the sun, the city, and its people.

If you go to Paris, visit the tourist spots (if you must).  But above all take the time to loiter for a few hours in a public space. Being part of (and seen in) public life is an important part of Parisian city-life and lies at the very heart of the French concept of l’art de vivre.