How to Make a Storyboard I

Storyboards are a way to present the elements of a story in a sequence.  They are used a lot by people who make movies and other media to help them “see” a story and how the pieces work together before they spend a lot of time and money on a project.

When you are working on a team, storyboards are one way to get people, literally, on the same page.  Here is a 3-minute video on how to do that (the written-out version continues below the video).

Of course even storyboards have a story, which goes like this:

In the 1930s, an animator at Disney got the idea of drawing scenes on separate pieces of paper and pinning them up on a bulletin board to map out short cartoons like Steamboat Willie.  It was a big hit and became the Disney way of doing things — and eventually everyone else’s. 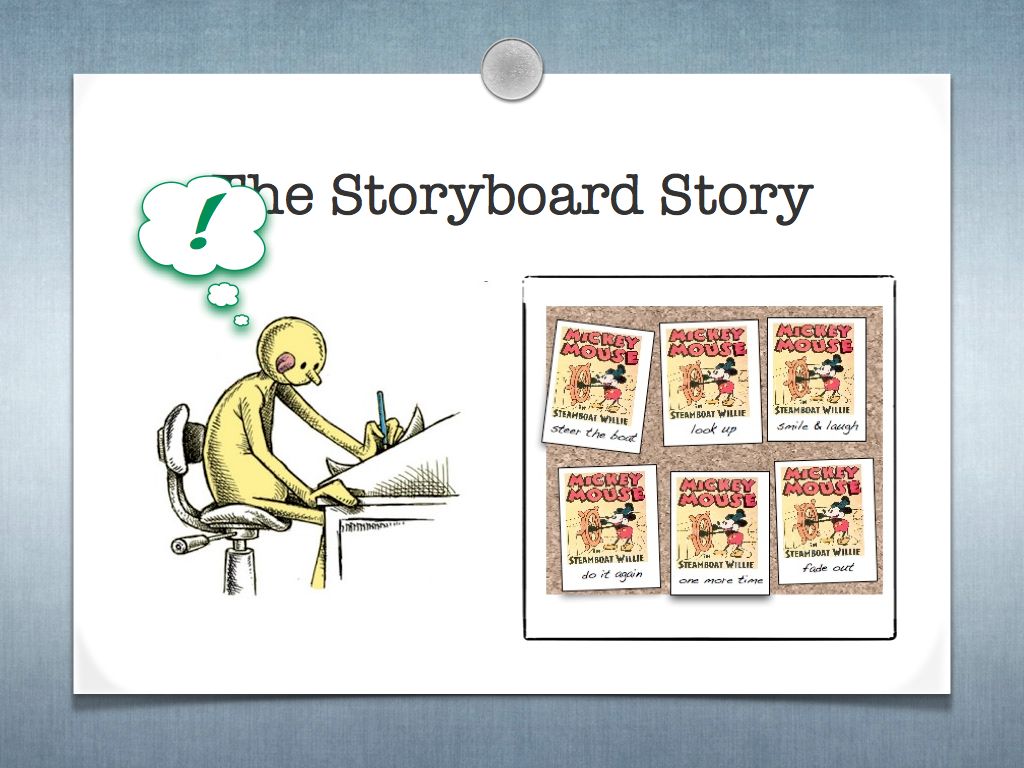 There are a lot of comic books in my house.  Comic books are the quintessential storyboard.  They contain scenes, narration, dialogue and sound effects all laid out in a nice sequence for the reader. 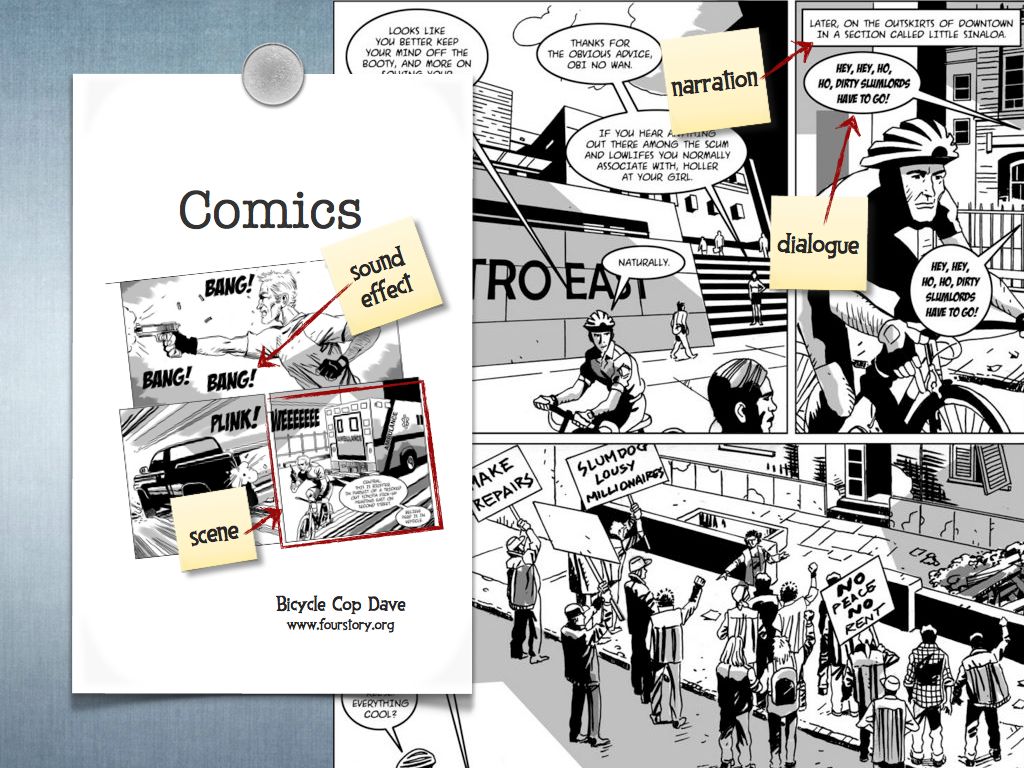 So maybe thats why Comicon — the mothership of comic book conventions — has morphed from a mecca for imaginative nerds into the Hollywood pitching center of the universe.
Comicon is a big bucket of storyboards.

Here’s some examples of how Dr. Pop and our friends use storyboards.

The storyboard that was used  for the MELTDOWN “live illustration” by Just Economics was made with a word processor like Word.  There are no images in this version.  It’s purpose is simply to provide the facilitator with a guide of what to say, when and how to engage the audience, and what props are being used.  It is basically a script, pretty simple and straightforward.  And this method has been working for Just Economics for many years. 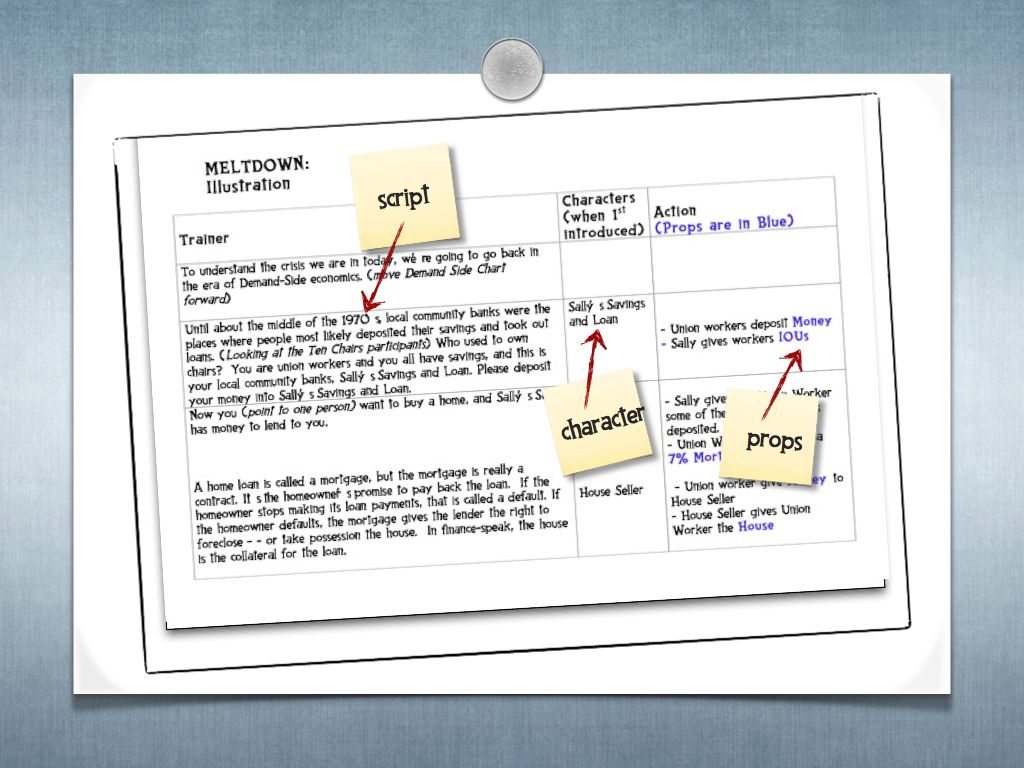 But when I needed to turn the hour and a half workshop into a fifteen minute cartoon, I had to get feedback from the team.  They needed to have an idea what it was going to look like.

So I broke down the story into pictures using presentation software like Powerpoint or Keynote.  And included the script, right under the slide. 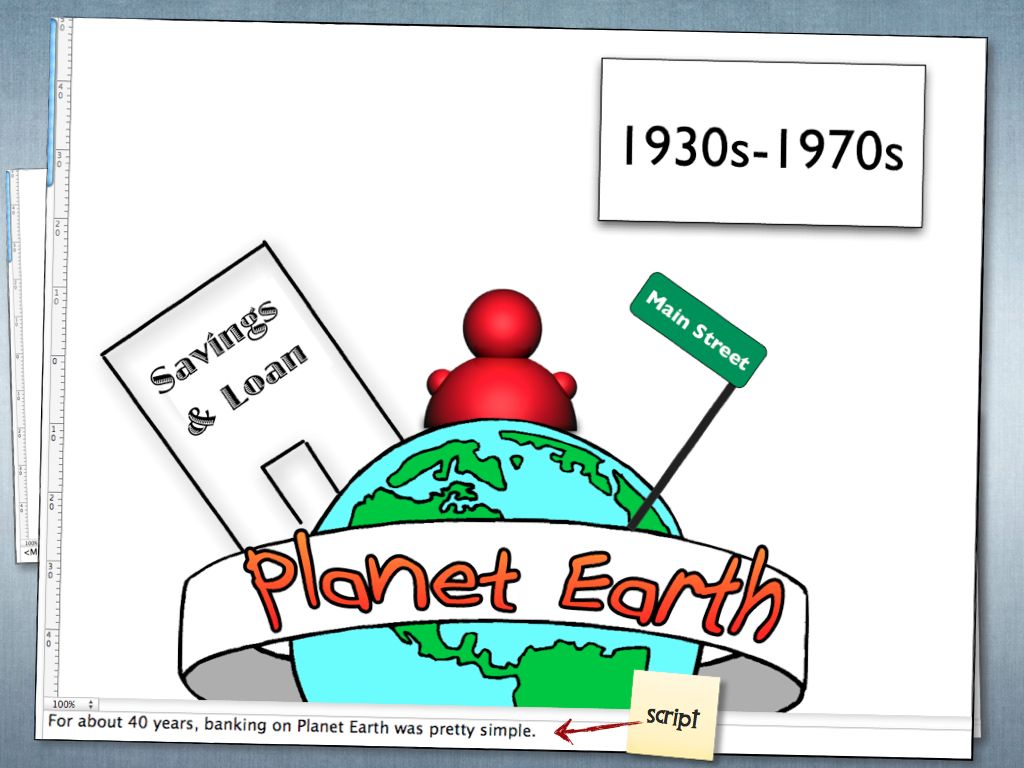 Software makes it easier to move things around when you make changes.  But so do post it notes or index cards or pieces of paper like the first Disney storyboard.  Use what works for you.  I like using software, because I can easily make changes and save different versions.

And because I can’t really draw.
Right now Rosten and I are trying to figure out how to create an interactive game about zoning.  One way to model what interactions might look like in a story board is to just draw out choices and options in branches, like the drawing below.  And that might be a good way to start. 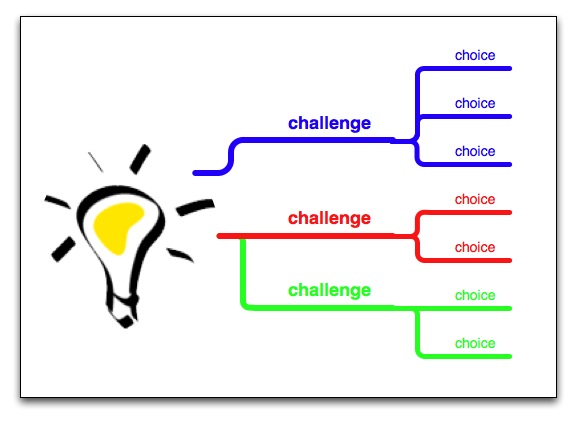 But I like the fact that I can create hyperlinks between any object on a Powerpoint or Keynote slide, to demonstrate how a lot of different sequences might work from the users point of view. 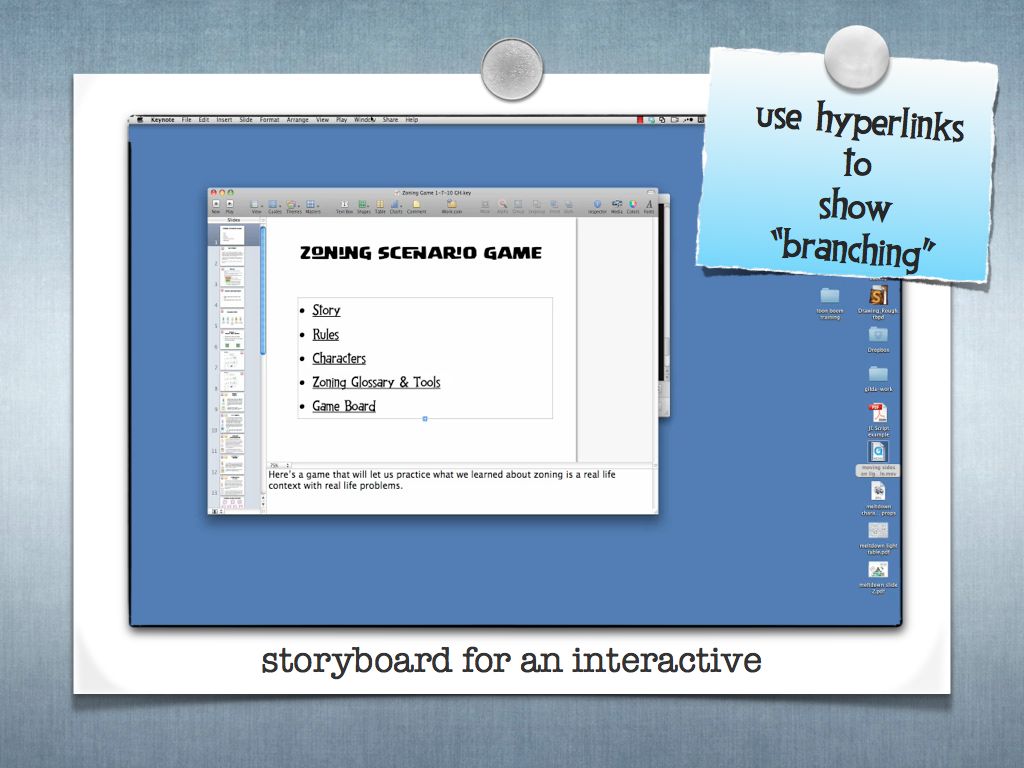 Finally, for those of you who need to assemble a lot of information for a script or a report, there is a software version of the old index cards on a corkboard (with a lot more features) called Scrivener that I like a lot and use to organize the early stages of complicated projects. 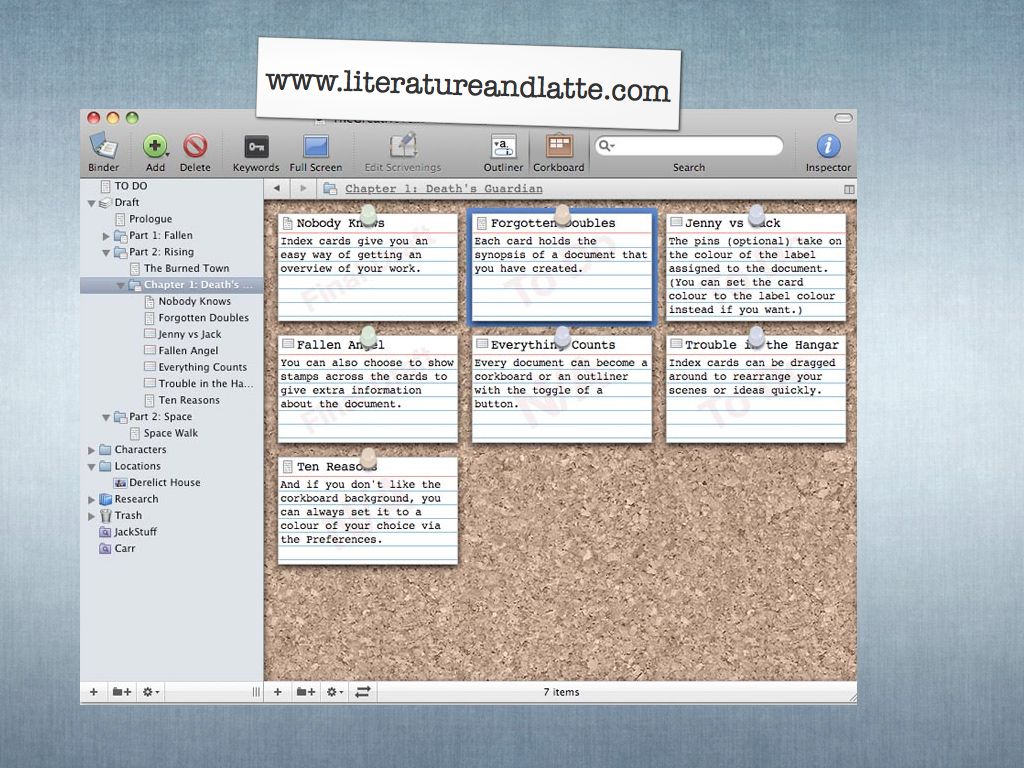 What do you use?  Share your tools and processes in the comments, and we’ll all be better off for your contribution.