How to Cut Bamboo 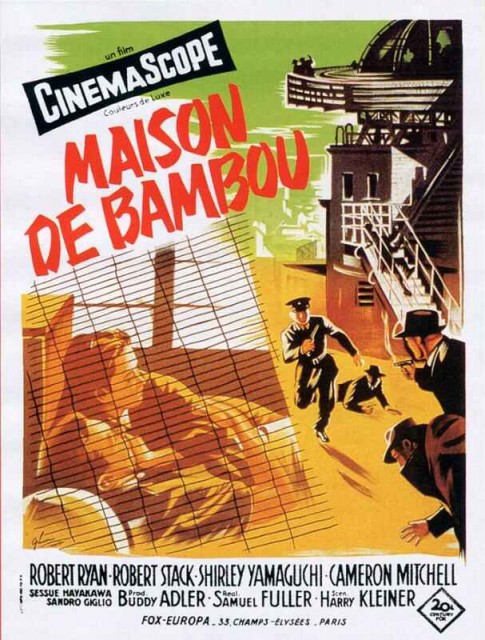 There were several topics I considered for this “How To” post for Dr. Pop.  I used to be something of a shade tree mechanic and have installed a clutch, done the brakes, swapped out a water pump and even with my dad, Dikes, a real mechanic, rebuilt a ’58 Ford Fairlane. I’ve changed door locks, and done some minor plumbing tasks around the house, including replacing washers and even unbolted a toilet to replace the wax gasket for the waste pipe.  Certainly one derives a sense of satisfaction successfully completing such endeavors as well as saving a few bucks.

I also eschewed writing a step-by-step retelling of how I once, after consulting an online source, replaced the drive belt in our clothes dryer. For it seems the fix-it I’ve done recently that has brought me great satisfaction was getting rid of a bothersome patch of bamboo in my Aunt Margaret’s back yard. This bamboo has crept over from her neighbor’s yard on the northern side of her house.  While the neighbor has a back yard with an old pick-up and appliances, and seemingly not troubled by the bamboo sprouting willy-nilly on his side of the their common chain link fence, my auntie is not so charitable.  Like kudzu, the bamboo stalks had begun to thrust their way further and further onto her property.  Left unattended, the stuff would take over – and she has a sizable back yard that includes a grapefruit and lemon trees.

Cutting down bamboo requires little technical skill. I can only imagine in the days before power trimmers some dedicated Shaolin monk having the duty to wield a scythe back and forth, back and forth as they tamed and shaped a stand of unruly bamboo. Pestered by my aged auntie to do something, I initially set about the job using the Remington electric chain saw I have.  I’d bough the saw to keep our bougainvillea tree manageable in our back yard.  For bougainvillea is another plant that will have its way with your yard if you’re not watchful.

But the way my chainsaw is designed, as I went at the culms, the bamboo stalks, the leaves would shoot into this gap in the tool’s housing and jam the saw. I’d cut some, then have to stop and open the chainsaw’s casing to clean it out and get the cutting chain back on its track then back to work only to have to stop a couple of minutes later to repeat the process.  That wasn’t going to get it.

After consulting various articles on the web on how to get rid of bamboo, learning terms like rhizomes (the tangled roots), root pruning and that essentially while there are many species of bamboo it’s either standing or running – root-wise  Auntie’s definitely seemed to be the running kind. Thus empowered with a smattering of knowledge, I returned with my Black & Decker electric hedge trimmer. This bad rascal has a series of heavy duty cutting blades and with it, I was able to lop off the shoots.

Now some will tell you to get rid of the bamboo, you can over fertilize the plant, drown it in nutrients.  Chop it down, fertilize, clip the new stalks, fertilize and keep repeating this until no new stalks. Or, because bamboo roots don’t run vertically but horizontally, dig ‘em up.  And so with my trusty pick axe, that’s what I did.   Compared to the rest of her yard, the patch wasn’t that big but I’m not that young anymore.  Not trying to get it done in one session, pacing myself and digging out quadrants at a time, over a few visits in three weeks I’d unearthed and pulled out a lot of those tangled roots.

Standing in her back yard the other day, noting the new bamboo along the fence I’d have to get at, I also noted the new grass growing in the patch I’d cleared.  Staring at the small clearing, an almost a Zen-like serenity descended upon me — his as the pit bulls, the dogs raised by the neighbors on the south side of her yard, yapped at me.