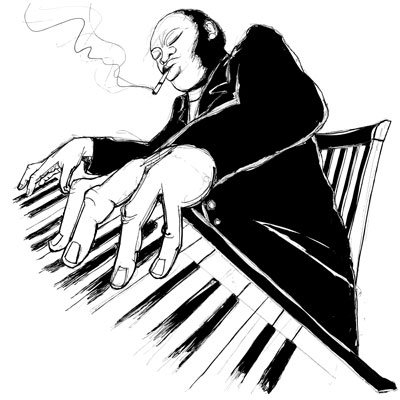 The sideman.  The old retainer.  The assistant.  The staffer.  The aide-de-camp.

Finally the task I’d been putting off for decades has been undertaken.  For the last several weeks, usually on the weekend or at night after writing or editing or attending to the lawn is done, I’ve been getting my comic book collection in order.   I have about 6,000 comic books going back to the mid ‘60s when comics were 12¢ a piece — the average comic book now costs $3.99 per.  It look like I’ll probably get rid of a quarter or some 2,000 books when I’m done.  The ‘80s and early ‘90s saw a lot of goofy titles like Rom the Space Knight and The Human Fly.

While I’m dealing out comics on the living room floor to create stacks of the various titles, I leaf through this or that book, cataloguing costumed heroes like Batman, Green Arrow and Superman.  Masked do-gooders whose respective kid sidekicks were Robin, Speedy and pal Jimmy Olson – the ones who usually didn’t get the headlines but did help catch the bad guys.  They did their share of the heavy lifting.  Hell, the first Robin, Dick Grayson, grew up and became Nightwing, getting his own title.

I reflect too on how much work goes into the disposable entertainment of comic books; from the writing, drawing, inking, lettering, coloring and editing, often separate people on the assembly line of comics.  That comics way back would rarely give proper credit to these diverse hands for their work.  In the ‘60s Marvel Comics changed that, particularly Stan Lee as editor and head writer who certainly made sure to get his name on the books he wrote, leading to the artist, inker and so on getting proper credit for their efforts as well.

In the civil rights arena, Martin Luther King, Jr. is rightly credited for his contributions to moving this country forward.   People also knows about Rosa Parks.  But not as many know she received training in civil disobedience at Highlander, a southern institution that then and now teaches community organizing.  Then there was Septima Clark, a public school teacher and another Highlander attendee, who at great personal risk, conducted Citizenship Schools for disenfranchised African Americans in the Jim Crow south.  The Schools were essentially secret sessions in which black folk were being prepped to pass the arduous voting tests laid on them by racist policies seeking to keep them out of the voting booth.  And what about Medgar Evers?

He was a Mississippi native who upon returning to Decatur, Mississippi after laying it on the line in World War II, asked why is it the fight for justice he and other black vets undertook overseas, why were they denied it at home?  He and his new bride Merrily moved to Mound Bayou in the Delta and he became the field secretary for the NAACP.  When Emmett Till, a 14-year-old teenager was tortured and murdered in Money, Mississippi, ostensibly for whistling at a white woman, Evers went there disguised in sharecropper clothes to gather evidence on the murderers – two white men who subsequently sold the story of how they murdered Till to Life magazine after being acquitted at trail.  Evers was killed by Byron De La Beckwith as he got out of his car at his house, carrying t-shirts stenciled with the words ‘Jim Crow Must Go.”  Beckwith’s trail decades after the fact got a film treatment, but where’s the Evers biopic?

Now the recent documentary Twenty Feet from Stardom puts the light on those in the shadows.  This doc is about the back-up singers who we’ve heard on hits from the likes of the Rolling Stones to Mariah Carey, who got her break as a back-up singer for Brenda K, Starr.  As Morgan Neville, the film’s director, stated, “This is about some of the most incredible singers you’ve never heard of.”  He concentrates on three women, representing several decades in the business, who have the talent and longevity in the business yet the spotlight has eluded them.  He also asserts it’s not for lack of talent that these women haven’t become household names.