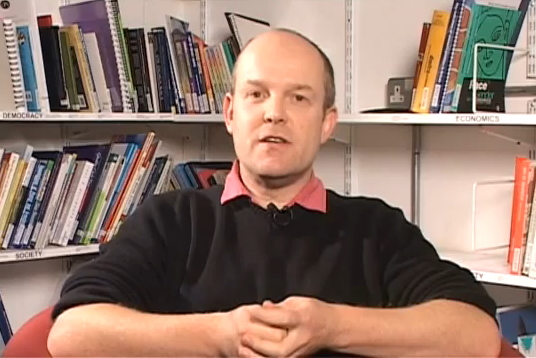 I recently attended a public lecture given by Andrew Simms, the Policy Director of the new economics foundation, a UK-based think tank that develops new ways of thinking about our planet, our economy and our lives.

You may have heard of Simms and his nef colleagues; they’re the people behind the über-popular and increasingly ubiquitous “Happy Planet Index”, which measures countries based on the size of their ecological footprint, the length of their inhabitants’ lives, as well as their citizens’ declared levels of happiness.

The talk (hear the podcast) presented, in an unconventional way, nef’s guiding principles in rethinking the world as we know it. The ultimate goal was to retool the way Western nations’ economies operate by reducing our carbon emissions, our dependence on oil and the never-ending consumption and waste “treadmill” that propels the first two variables in this equation.

In order to do this, he suggests three ways to move towards a more sustainable planet and more people-oriented economy:

First, we must figure out more robust, yet still realistic, standards that are aimed at gauging people’s well-being and measuring their ecological footprints (the ethos behind nef’s Happy Planet index).

Second, we should place a ban on advertising in our public spaces, a move which, he argues, would further nef’s goals of reducing consumption and waste, as well as promoting happiness – all of which he views as inextricably linked. Simms points to the Brazilian metropolis of Sao Paolo as proof positive that this ad-free-zone strategy actually works. 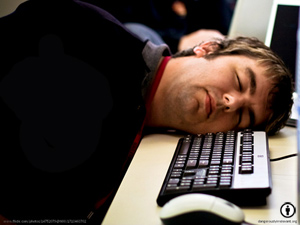 Finally – and this I found particularly interesting – we have the idea of moving towards shorter workweeks. By reducing our labor hours (and again, Simms is specifically talking about Great Britain and the U.S.), we could not only potentially resolve the paradoxical situation we currently face — e.g., the simultaneous societal conundrums of overwork and unemployment – but we could also boost our general level of well-being while simultaneously reducing our consumption and waste, thus promoting more sustainable lifestyles. It’s a call to arms for a simpler life, one in which people would ideally spend more time with their friends and family, learning new skills or doing hobbies.

Decreasing work hours is a concept that has actually been around for a long time. It was one of the driving principles of labor movements during the industrial revolution, during which agitating workers demanded fewer hours to prevent fatigue. It’s also an argument that is being mobilized today to combat the current recessionary unemployment levels– an idea borrowed from the influential 20th century economist John Maynard Keynes, who believed a shorter working week was the “ultimate solution” to unemployment.

A simple way to explain this would be to say that, if 10% of the population is unemployed, we should reduce everyone’s work hours by that same percentage. This would effectively create full employment (particularly crucial in dire economic times), as it would spread out jobs more evenly across the working population while maintaining a desired level of demand; plus, it could bolster the economy, as more people would have disposable income to spend.

This all sounds promising, but is it realistic? Obviously, this quick run-down doesn’t encompass the full extent of Simms’ suggested strategies, but it offers some compelling food for thought. After hearing him out, I did some research of my own and teased out some of what struck me as problematic about what he had to say, much as many of his ideas (particularly the notion of the shorter work week) appealed.

For one thing, Simms’ argument that fewer work hours would reduce carbon emissions and promote more activity spent at home rests on figures from 2008, when “a combination of high oil prices and the financial crisis saw the global economy slow down and the rate of growth of greenhouse gas emissions fall by half.” It was not just less time spent at work that reduced carbon emission back then; high gas prices played a part as well. I remember this time in Los Angeles when gas prices skyrocketed. There seemed to be no cars on the roads anymore. Traffic was no longer a problem. There were even reports in the news that more people were taking public transportation to work during that time (something out of “The Twilight Zone” for most Angelenos). The question then is, how much of this positive outcome can be attributed to higher prices at the pump as opposed to an increase in carbon-free activity? 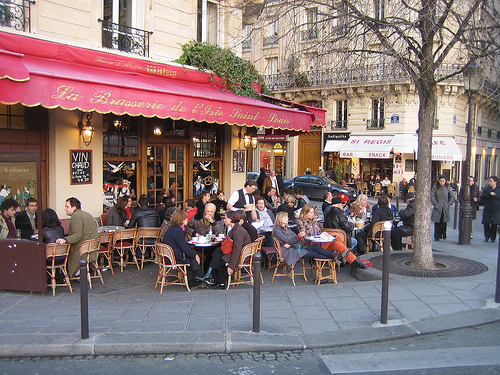 For the past decade, France has been operating on the 35-hour work week (recently altered by President Sarkozy) and the French have also benefited from compensated sick leave, maternity leave and 30 days of paid vacation time. The U.S., on the other hand, is one of the only developed countries that does not guarantee paid vacation time to its employees (for more on this and on the important links between time off, health and happiness see: Yes! magazine article).

Considering all these factors, do the French, with more leisure time on their hands, emit less carbon? Consume less? Are they happier? Not really, according to the Happy Planet Index. On the index of carbon efficiency and well being, les français stand at number 18 out of 30 European nations and comes in at number 71 out of 143 countries worldwide. Granted, the French score much higher on the global HPI than the U.S. does (at 114 out of 143), but in terms of worldwide happiness and carbon footprint levels, they’re trailing behind countries like Guatemala, Colombia and China – countries that aren’t exactly champions of human rights or model countries in the way of social and economic justice.

Related to this, another point I took issue with was the idea that one’s carbon footprint and happiness are directly linked. Perhaps unsurprisingly, carbon emission levels are directly related to income levels (people who earn more also tend to consume more and own more stuff, including bigger houses and multiple cars). By contrast, lower-income populations tend to emit less carbon in their everyday lives, but to connect that particular variable to greater levels of happiness seems to require quite a reach.  I understand his argument rests on the idea that “having more stuff doesn’t make people happier,”  but can the same be said for the opposite? Are the people living in our most deprived areas happier?

Finally, and most importantly, I find this solution problematic insofar as it fails to take into account parameters such as race, class and gender. Reducing work hours would benefit the middle and perhaps the upper classes, but what of lower-income populations and people who cannot afford to work fewer hours? What of those who are disproportionately represented in more precarious and/or insecure jobs that pay less and offer fewer work hours? And would this situation reinforce existing inequalities between those less-well off already and those already privileged who can afford to take time off?

One of the reasons why nef developed the Happy Planet Index was as a criticism against GDP measures, which doesn’t tell the whole story of how people live. Sadly though, the same perhaps may be said of the HPI, which doesn’t show how people who aren’t members of the middle and upper classes live. Perhaps we should find ways to draw up other measures that would allow for a more comprehensive view of how all people live their lives and not just a privileged few.