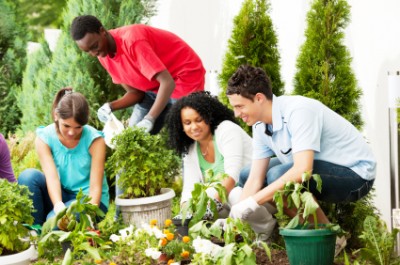 What makes a neighborhood an awesome place to live? Is it proximity to cool coffee shops? Or to lovely public parks? While those are beautiful additions, what really makes a neighborhood awesome is deceptively simple. It’s neighbors. People you know will have your back if an emergency strikes. Elders who hold local history on their tongues. Families whose children learn to strut on shared sidewalks. Even those dog owners who visit with one another on their daily walks.

The more connected people are to one another, the more beautiful a place becomes.  This is a basic fact of urban life, one that we all know intuitively and that has been confirmed by prominent sociologists like Robert Sampson. Healthy human connections stabilize residential blocks and enhance the possibilities of those who live on them.

So how do we foster healthy human connections? One key, in my opinion, is to ensure that individuals and families can live safely in an area for long periods of time. Sustained residency gives people the chance to stay in a place long enough to make it their own, without having to uproot their home every few years. While certainly not a given, sharing a place over many years allows for the possibility of developing trust, solidarity, and communication. It is a necessary, though not sufficient, variable for creating truly awesome neighborhoods in our cities.

Given that long-term residency can be such a powerful thing, what are the factors that force people to move? What are the things that make people leave a place, even when they are not ready to go? In this post, I’d like to discuss four such factors, what I like to call the multiple forms of forced community removal.

The first and most permanent is homicide. When a young person is killed on the block, or a stray bullet takes a child, they are gone forever. Family members will mourn, other residents will share stories of their lives, yet there is no coming back. In Chicago, roughly 600 people are taken from their communities every year due to homicide.

2.  INCARCERATION
The second form of forced removal is mass incarceration, a phenomenon that has especially impacted communities of color over the last 40 years. From 1980 to the present, the U.S. incarceration rate has risen from 221 to 780 per 100,000 people, with the highest rates of growth coming in areas like Chicago’s South and West sides. Every year Chicago alone sends about 30,000 people to prison, while receiving roughly the same number of returning prisoners. While some of these people are being removed from their communities for crimes like homicide that drive others out, the vast majority are being locked up either using drugs (which should be treated as a medical rather than criminal issue) or selling them (which is fundamentally an economic problem, given the ridiculous absence of youth jobs in many cities today).

The third form – and perhaps the most obvious – is eviction. Eviction can be triggered through foreclosure, gentrification-related price increases, or plain old demolition. All three of these phenomenon lead to the same basic challenge: people have to find a new home. To do so, more often than not, they must seek out a new community. Between the foreclosure crisis, HOPE VI federal housing policy, and real estate greed, it is hard to remember a time in recent urban American history that was not overrun with evictions notices that separated neighbors and forever changed neighborhood destinies. 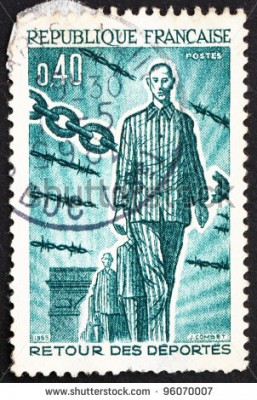 Lastly, though certainly not least, is deportation. Due to often draconian impact of Secure Communities, immigrant communities in the US often live in fear of the police. Any officer knocking on the door could be there to remove an undocumented parent, cousin, or even child. In recent years the United States government has averaged over 400,000 deportations annually, often removing people who have been in their communities for a decade or more.

All four of these forms have a similar impact— they break neighborly bonds over time and disrupt local social networks. While there are cases where removing a certain individual or even a group can actually make it easier for residents to connect and build community, those cases are more the exception than the norm. Taken together, these multiple forms of displacement have devastating impacts, destabilizing residential areas and weakening the transformative possibilities of neighbors.

If we are going to ever create stronger, more vibrant places to live in our cities, we have to be wary of these four monsters, which I call Gunshot, Cage, Bulldozer, ICE.  They could all strike at any moment, and even as I write this I know they lurking around the corner for countless urban dwellers across the country.