Fish Out of Water

This story is about how we learn to not see, how we are conditioned to ignore the harsh realities that structure our surrounding world. It shares key moments on my journey to greater awareness about racial injustice, moving from a world of whiteness to the ability to recognize patterns of social exclusion and do something about them. 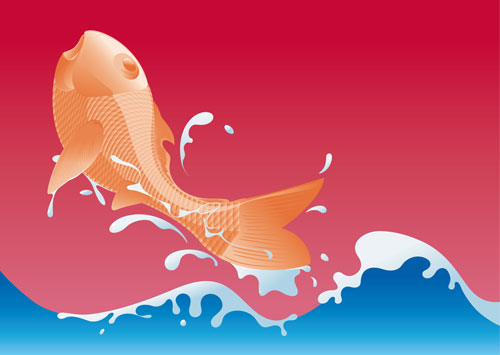 In April of 1992, I was living in Prairie Village, Kansas. We had moved there years earlier from Finchville, Kentucky, a small farming town on the outskirts of Louisville. We moved for my father’s job, so that he could lead a Baptist Church in Kansas City, Missouri and apply the pastoral skills he had just refined in seminary.

Prarie Village was no Kansas City. It was a white, wealthy suburb with low-crime and nationally recognized public schools. Despite weekly journeys into the big city for church, my childhood consciousness was totally disconnected from the realities of Kansas City proper. In my first nine years of life, I have nearly no memory of recognizing homelessness, poverty, or other forms of social exclusion. Instead I was learning basic mastery over reading, writing, math and science at Belinder elementary, a school with hundreds of students, dozens of teachers, yet only a handful of people of color in all. As I recall it, my universe in those years was almost exclusively white.

Given this background, what do I remember about the LA riots? What memories do I have the spontaneous uprising that drove national news and congressional hearings for months? Almost none at all. I have a vague memory that it happened. And that’s about it.

However, I do remember the beating of Rodney King. Seeing footage of the incident on syndicated television was my first introduction to police brutality, one that penetrated in ways that few other events had. Prior to watching that brutal abuse of police power, my only real awareness of the police had come from visits with my grandfather down in Texas, who had been a motorcycle cop for much of his life. Yet there I was in our family’s downstairs TV room witnessing horrific violence on the part of those who I had been told only existed to prevent it.

Looking back, I believe that later that year was when I started to recognize other basic social injustices in the world, inspired also by a summer family trip that was my first journey outside of the developed world. Though one can only ever speculate about the pivotal moments in their childhood awareness, I know that 1992 represented a major opening in the way I was starting to see the world, openings which were nourished a couple years later when my family moved back to Kentucky and, for the first time ever, I started at a thoroughly multi-racial public school.

Since those Prairie Village years my racial consciousness has continued to be nourished, by intentional activism, continued travel, and by more than a decade of working in diverse urban neighborhoods. I now recognize systemic oppression and racial injustice almost everywhere I go, both in the United States and beyond. Much of my life’s work is about helping to correct the imbalances that structural racism has created in our city and our world, partnering with both cops and former prisoners to create real justice for all. Yet I will never forget how much I simply did not see in the world during those early Belinder days.

Without question, I consider myself lucky to have grown out of that childhood ignorance. I recognize now that there is nothing which guarantees our social consciousness will automatically evolve, and achieving this is a mixture of good fortune, good friends, and serious intentional effort. Yet the question remains- Why is it that mainstream consciousness around racial injustice can be so limited? What prevented me and millions of other Americans from really knowing what was going on with the 92’ LA riots? Why were the uprising’s connections to systemic social exclusion not more immediately obvious to all?

Through both academic study and grassroots practice, I have come to see that a part of how racism works is through the conditioning of mainstream consciousness. For me today, racism is defined as the systemic concealment of the beauty, brilliance, and power of marginalized people of color. Equally important, racism hinges on the obscuring of the violence and brutality of more legitimized white actors, of which the officers who beat Rodney King are just one of far too many possible examples.

This definition of racism was inspired by reading of philosopher Charles Mills. His book,  The Racial Contract, refers to our mental conditioning as the ‘epistemology of ignorance’ through which we learn to see and not see reality in critical ways. Importantly, as Mills argues, this negative epistemology is reinforced by segregation and the criminalization of space. As a result, many white Americans will never even venture into those parts of their cities that might challenge some of their fundamental assumptions about how the world works, and for whom. Because space helps to preserve the invisibility of so much racial injustice, it becomes that much easier for uncritical Americans to support or just simply ignore widespread disinvestments in communities of color.

In April of 1992, my social sight was still overwhelmingly conditioned by the dominant structures of perception. Mills offers us a poignant metaphor for understanding how this conditioning works. He compares a white person living in the United States to a fish swimming in the ocean. The fish is effectively unaware of the basic fact that its reality is entirely enabled by water, the substance that allows it to move efficiently around and to navigate its environment with relative ease. Likewise, the white person is typically unaware of the ways their social reality is constructed through whiteness and how that construction benefits their pathways and possibilities.

One essential difference though is that the fish actually needs the water to survive. The white person, in contrast, only needs the privileging benefits of whiteness to continue living as they know it. Their short-term social and economic lives may depend on the ongoing privileging of whiteness, but our biological lives certainly do not. To keep moving forward – and to keep from moving backwards – we must create real strategies for dismantling the systems of seeing that shape so much of our social perception, and for tackling the widespread social exclusion that these systems enable.