Faulkner and Morrison and Elf 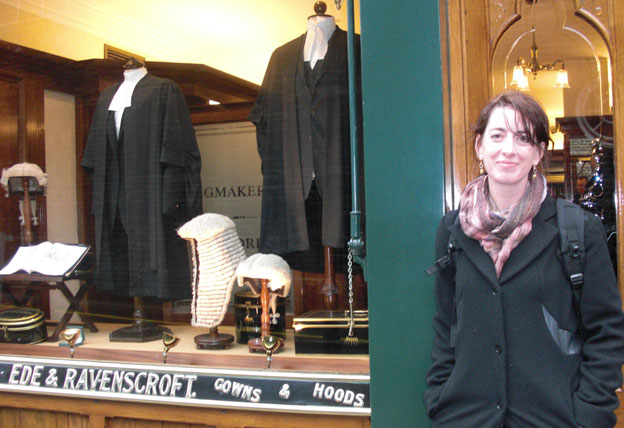 Asking me for the title of my favourite book is like asking a moth for its favourite flame. The fascination seems the same to me, though I don’t gloriously expire in a flash of light when I get too close. Or maybe I do, it is certain that you’re never quite the same again after reading a great book.

I loved Science Fiction most when I was younger (and still, now that I’m older). I loved monsters and adventures and descriptions of entire new worlds that provoked me to imagine things I had never before imagined. That is my own favourite brand of happiness. I spent a lot of 110 degree summer days in front of a fan imagining things. But I still remember reading The Sound and the Fury by Faulkner when I was 15, and that is the book that first really blew my mind away, made me want to write. The phrase ‘Caddy smelled like trees’ still sings in my head, like Quentin’s never-ending sentences from a mind that just cannot cannot stop thinking and carries you on and on inside of it racing disjointed until it is forced to stop itself. That ride made my heart stop a moment, and then beat faster. It was like language itself opened up to me, the way it could drag you into another point of view, another life. The way it could be every bit as pivotal to a story just by itself, just through the wonder of it, and not simply as a way of describing things.

The next book to really stop my heart like that was Toni Morrison’s Jazz just a couple of years later. Jazz the title and jazz the rhythm and jazz the sensibility, I have never read a novel so much like music. Its phrases were syncopated, points of view like the call and response of different instruments, and she never put a word out of place, ever. It was like inhabiting jazz itself, a music lived and shaped in 1920s Harlem, never forgetting the deep dark places where its roots bled in the South. I loved every second of it, and I love Toni Morrison, because you know the struggle will always go on along with the music, though the here and now may well break your heart, may well break you. College was so alienating in so many ways, reading Morrison there was like a delicious taste of the truths underlying my own reality, though not my reality itself.

To me these two authors seen together also offer up the two sides of our world, a deeply human and political truth about the children of slaves and slave-owners. Toni Morrison’s books are dark and frightening, they flinch from nothing. Beloved is possibly one of the best ghost stories ever, but all of her books are desperately achingly sad, dealing with the horror of a history that never should have been, a racism and oppression that continues on and ever on. But they are deep and they contain a terrible beauty, wisdom and courage are there along with the pain.  Some characters bend and break beneath the onslaught, become oppressors themselves. But some fight on. You love the ones that fight on.

Faulkner writes of the white South, makes visible the enormous costs to mind and soul of exploitation and greed. Everything is is dissolving, decaying, crumbling in upon itself. The horror is not found in what is done to you, but what you and your ancestors have done to others. Oppression is a sickliness passed down through generations, something that squirms inside of you and eats its way out. Sometimes I wonder what would have happened if one of Faulkner’s characters had ever dared face it full on, take steps to change the world, seek some kind of reckoning or redemption. Instead they always fled from it the way you do in your nightmares, running in slow motion and never getting anywhere. Me, I believe that though we may be born onto different sides of oppression, ultimately we can stop running and choose where we stand. Reading these together, there is no doubt in my mind where that stand should be taken.

So Happy Holidays! You’ll be relieved to know that I have not been able to support two burning passions, so movies are my release. I love everything by the Coen brothers, I do love the darkness that is able to reflect on itself, and usually still laugh. But the movies I like to watch over and over again are definitely the comedies. So go forth and watch Raising Arizona, or Monty Python’s The Quest for the Holy Grail, or A Christmas Story. I’ll go so far as to recommend Elf for the season, with a large dose of French Toast (the only thing I like as a side with my syrup).