Economics is Not a Science 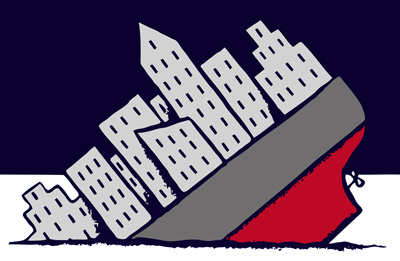 Albert Einstein once said that “We can’t solve problems by using the same kind of thinking we used when we created them.”
But at this moment, as we stare, overwhelmed,  at the perfect storm of economic and environmental degradation, we are doing just that.
We all seem to agree that our economy is in a big mess and there is a lot of consensus that Wall Street is to blame.  But when it comes down to doing something about it, we are pretty much resigned to moving the deck chairs around on the Titanic,  confining even those futile, if expensive, actions to the passengers in first-class.  We continue to feed the propagators, starve the victims, and kick people with good ideas to the curb  (like Elizabeth Warren).
This is bad, but not as bad as the fact that we don’t agree that the  global climate crisis even exists –– a state of affairs that is so maddening to Australian climate scientists that they were compelled to bust out a rap song (I’m a Climate Scientist) in their own defense.
What we really need now are tools that can help us re-discover and re-invent the purpose of the economy; to understand its necessary dependencies and responsibilities  to the planet; and to debunk, once and for all, the myth that economics is a neutral math-based science.
It is not. It is a human construct, grounded in human values and decisions that can either perpetuate the way things are or help us realize the way we want things to be.

To get us started, allow me to introduce two alternative and compelling models for a new economics.  In my mind, they both embrace the ecological and moral prerequisites of an economy that is worthy of the name.

The first is the environmental economics offered by Chilean economist Manfred Max-Neef’ in his book, Human Scale Development as well as in a more recent publication co-authored with experimental physicist, Philip Bartlett Smith, Economics Unmasked: From Power and Greed to Compassion and the Common Good.

Max-Neef and his colleagues set forth five basic postulates and one basic value principle as a framework for a humane new economics:

Here is a video of Max-Neef discussing these ideas in more depth with Amy Goodman on Democracy Now: 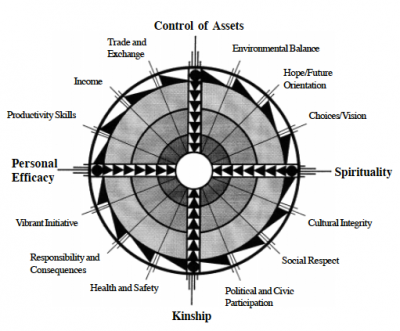 Black redefines “economic development” from the lens of Native American values and practices in order to create new and useful metrics and measures of what economic success might mean in a tribal context.

First Nation’s “Elements” are grounded in the symbiotic relationships between control of assets, kinship, personal efficacy and spirituality on the one hand, and the individual, the project, the tribe, and the nation on the other,  superimposed on an ecological plane.

Max-Neef’s model is predicated upon a basic understanding of a set of universal and finite human needs and their possible “satisfiers” which are numerous and various depending on one’s culture, locale, and historical moment.  Both books (Human Scale Development and Economics Unmasked) include the Needs/Satisfiers Matrix, which is at the root of his approach.

Do you have your own favorite economist? Please share what you know with Dr. Pop.