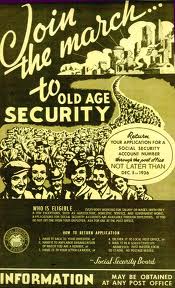 He’s walked back what he said, as the saying goes. But on May 15 when answering a question on Meet the Press about the Medicare Trust Fund –– now being projected to be depleted by 2024 –– presidential hopeful Newt Gingrich denounced proposals for restructuring the Fund by some in his Party.

Essentially there are those, such as Representative Paul Ryan, chair of the House Budget Committee, advocating for the creation of block grants to states to fund the program.  Gingrich stated, “I don’t think right-wing social engineering is any more desirable than left-wing social engineering.  I don’t think imposing radical change from the right or the left is a very good way for a free society to operate.”

When Gregory mentioned Ryan specifically, that the senator is suggesting completely changing Medicare, Gingrich stated, “I think that is too big a jump.  I think what you want to have is a system where people voluntarily migrate to better outcomes, better solutions, better options, not one where you suddenly impose upon the–I don’t want to–I’m against Obamacare, which is imposing radical change, and I would be against a conservative imposing radical change.”

It used to be this would just good sport, watching Gingrich or other members of the Republicantocracy getting excoriated by their fellow right-wingers for speaking ones mind.  But these days I’m past 50, haven’t sold that big blockbuster thriller for a million bucks to the movies, and know for certain I’m going to need Medicare and Social Security to be there for me – like a miner loves gold as Hendrix sang.  I mean I knew I wouldn’t have it as set as my pops had, a pension from his union, Kaiser coverage, a Social Security check, and if needed, untapped G.I. Bill benefits banked since World War II.

Part of my anxiety is I’m unsure of who or what to believe in terms of Social Security’s solvency or lack thereof.  I do know it is not contributing to the deficit because at this moment, the Social Security Trust Fund has $2.6 trillion in it to pay out until 2037.  It’s tax cuts for the wealthy and two, well two and a half it seems if you count actions in Libya, wars we’re paying for have contributed to the deficit. Indeed the Trust Fund accumulated $118 billion in interest earnings in 2010.  But according to Nobel prize-winning economist Joseph E. Stiglitz and Linda J. Bilmes of Harvard, who together wrote the book The Three Trillion Dollar War: The True Cost of the Iraq Conflict, they concluded their three trillion dollar estimate – accounting for the cost of war and its broader impact on society — was too low given the rising costs of treating and caring for disabled vets.  How long can we continue to pay for wars where the objectives are murkier and murkier?

Anyway, what is accurate is the money we’re paying in today into the Trust Fund isn’t being banked for our benefits.  That money is going right back out to current beneficiaries.  President Obama’s bipartisan National Commission on Fiscal Responsibility noted that in 1950, there were 16 workers per beneficiary.  Today it’s 3-to-1, and projected to drop to 2.5-to-1.  Ryan’s proposal would keep Social Security as is for me (at 55) and older while creating incentives for you youngsters to dally with Wall Street (and hasn’t that worked out so dang sweet for the working and middle class so far?) and invest a percentage from your retirement account in the market.

The rejoinder to the Ryan plan is found in proposals like those suggested by the Center for American Progress’ Gene Sperling’s A Progressive Framework for Social Security Reform wherein he argues for the establishment of a Universal 401(k) that would exist on top of Social Security.  Workers would contribute to this fund and be matched by government monies too coupled with a flat refundable tax credit.  The Progressive democrats of America proposed a one percent increase in payroll tax that would result in a 16% increase in revenue, enough, they assert, to reinvigorate the Trust Fund’s looming deficit.

Can there be a tamping down of the partisan rhetoric and facts and figures argued honestly and openly on the best way to save this most useful government program?

When Roosevelt passed the Social Security Act in 1935, millions of old people were saved from poverty. I sure hope these politicians don’t sell us out to Wall Street, making my golden years precarious as hell.