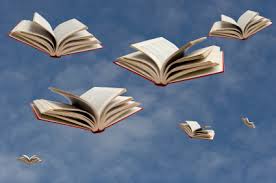 Initially my piece on death and taxes was going to be about the famous and infamous dinged by the tax collector.  “Scarface” Al Capone went to prison, busted on unpaid taxes, and died there, first going bughouse crazy from untreated syphilis.  Redd Foxx lost a couple of homes a couple of times in Vegas from unpaid taxes and surely that was part of the stress that lead to his massive fatal heart attack.  Nic Cage, whose career can’t be killed no matter how indifferent he is to the movies he does (though I did dig Drive Angry and Ghost Rider 2: Spirit of Vengeance), had to sell off his sweet comic book collection to help pay his back taxes – including DC Comics Action No. 1, the first appearance of Superman in 1938, for $2.1 million.

And Wesley Snipes, who played Blade, a half-human, half-vampire – thus the walking dead — character from Marvel Comics in three movies,  got hooked up with two anti-tax, anti-government organizations; the afrocentric United Nuwaubian Nation of Moors and the rightwing American Rights Litigators (ARL) in an effort to avoid paying his due. Among other pursuits, the United Nuwaubians claimed once that 144,000 of the chosen ones would be taken up to the home galaxy of Ilyuwn as apocalypse ensued.  What a surprise then that neither group offered sound counsel.  Snipes is out this month from doing the majority of his three year stint in the joint.

Rather, true to my lefty roots, I’m going to make the case for taxes, at least insofar as libraries are concerned.  This week of April 15 is also National Library Week and probably aside from Social Security, Medicare and education, I can’t think of a better use of our tax money than supporting our libraries.  Sure, I’m biased, my mom was a librarian and early on I learned to love reading.  Initially a chore I had to complete after my grade school homework, I soon got carried away reading those kid versions of Robin Hood and Pinocchio.  I suppose the germ had always lain dormant in me, as the natural inclination of being made to read extra should have caused me to rebel.  But my mom knew what she was doing, she knew those descriptive passages on paper would be the catalyst.

In Los Angeles as in other cites big and small, the ax has fallen as budget deficits roil public coffers.  The Public Library has really taken it in the shorts as hours have been cut back, personnel reduced and in some cases, branches have been closed.   Here in 2011, the voters approved Measure L by 63 percent.  As Michael Kelley of the Library Journal wrote on March 9 of that year, regarding the measure:

The charter mandates that the library receive .0175 percent of the assessed value of all property in the city. Measure L will, over the next four years, increase that percentage to .03 percent. The library projects that this will translate to $130 million four years from now, compared to the $75.9 million it generated for FY11.

In the age of Kindles and serial novels on the internet, still nothing beats holding a book in your hand.  The smell of it, the heft.  Yes, I’m a dinosaur lamenting what chips and hard drives have wrought.  I know there is no going back, but books aren’t antiquated artifacts meant to gather dust on the shelves of old timers like me.  They are meant to be opened and read, shared and debated.  Even in this era, surveys show a goodly amount of young people weaned on the electronic pulse, have a hankering for them hardcopies.  We must preserve the depositories meant to hold them.

Being able to browse the shelves, chancing upon a title or subject matter new to you, is like getting a surprise present.  It’s not that’s it’s a big thing, but it is unexpected.  Libraries offer the unexpected over and over again.

For National Library Week, hit this link supplied by the American Library Association and let your legislator know how important your library is to you and your family.

Let’s do what we can to prevent their death.