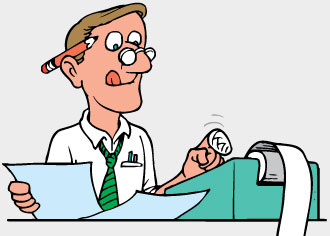 I think we all hate taxes in some shape or form. Some of you might be like Uncle Joe, Mr. Libertarian, and you don’t want anyone touching your hard earned money. Maybe you believe taxes are important for a strong public sector but regressive taxes and tax loopholes have created a system where the rich don’t pay their fair share. Or perhaps you don’t want to fund a police state or war machine.

I’m pretty good with numbers and my recordkeeping is impeccable; however, I’ve never done my own taxes. My brother, my sister and my Uncle Stanley, are all CPAs. For over 20 years, my uncle completed my tax returns, albeit, it’s easy when I don’t have assets, but it was also his way to show affection toward me.

Does everyone have an Uncle Stanley? He’s my Dad’s twin brother – okay, perhaps not everyone’s parent is a twin – but he was unmarried and took care of my grandma for 40 years after my grandfather passed away (grandma lived to 101 years old). He’s the good guy everyone seems to like. Every Christmas, he always had a ton of gifts – including snacks which would last half the year. He always went to BBQ’s and dinners. He also played competitive Bridge and I believe we shared the same math gene.

Regardless of your position on taxes, they are clearly a pain – it’s bureaucratic, the tax codes change all the time, and there’s a due date. You’re probably relieved when your tax returns are completed, but you have just another nine months to start working on it again.

For me, the routine was always the same. Sometime in February, I would bring my financial records to Uncle Stanley, and he would snail mail my return and make it as easy as possible. In large font size, he clearly told me how much I owed; there were the “sign here” post-its; and he even included stamped envelopes to the State Franchise Board and IRS so I could just write the check, and drop it off in the mailbox.

Four years ago, my uncle did my taxes for the last time. Shortly after I mailed the tax return, I received a large envelope from a random person in Oakland. A good samaritan found my extraneous tax documents sitting in the Post Office and mailed the materials to me (my address were all over the documents). Uncle Stanley was the not the same person I remembered. He was older and slowly deteriorating since my grandma passed away.

Two years ago, slowly deteriorating changed to quickly deteriorating. He also became the target of elder abuse from his best friend’s daughter who began to steal his money, including annuities that have a higher tax rate if cashed out. My sister and I took turns housing Uncle Stanley. He still had a sharp mind and did his own taxes but he was also completely losing his short-term memory and showed the signs of Alzheimer’s disease.

While staying with me, Uncle Stanley would tell me stories about family, work, and bridge. One story involved the only time he was ever on an airplane, when he worked for the IRS and was sent to Indianapolis, where he only brought one white shirt, which he cleaned every night due to the humidity. The six weeks he stayed with me was my chance to say goodbye as he passed away two months later.

Perhaps Uncle Stanley shouldn’t have done his own taxes the last four years. As it turns out, if you thought dying is a way out of taxes, you’re absolutely incorrect. Death may help you avoid taxes but if you have assets, someone will be liable. As an unfortunate victim of elder abuse, Uncle Stanley’s old tax returns were completed wrong and the IRS claimed that his estate owed over $100,000.

Luckily, my family is full of accountants and my sister knew how to negotiate my uncle’s debt – because like most people, there isn’t $100,000 lying around. I now have a professional accountant who I see once a year and it takes me until April to determine our every expense. He is amicable, competent, uses “sign here” post-its and my new accountant is more diligent than Uncle Stanley. April is the new tax month for me but taxes will always remind me of Uncle Stanley.