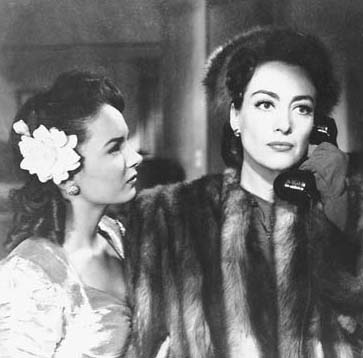 You see, as Rice relates, he has a new book out, The Moonlit Earth.  When he was first contemplating the book, he knew he was going to have a female protagonist and wanted to give her more heft than how female characters are often portrayed in books by men. He singled out four types of women he wanted to see eliminated from the genre.  These are: the long-suffering cop’s wife who just doesn’t understand her husband’s call to duty (often, in the past at least, this was also the girlfriend of the private eye); the babe assassin (well, sorry Christopher, you simply can’t deny the appeal of foxy vampire slayers like Anita Blake, Jane Yellowrock or Damali Richards); the ice queen bureaucrat (agreed); the token lesbian cop (ditto).

Now given this is a belated Mother’s Day post by a mystery writer, and the aforementioned slayer chicks don’t have children – though I think they fool around with studly shirtless vampire beefcakes now and then, it’s appropriate to give a brief lowdown on mothers who sleuth.

For instance a particular favorite of Dr. Pop was a couple of books, Going Nowhere Fast and Bad News Travels Fast, by friend and fellow mystery scribe Gar Anthony Haywood.  Joe and Dottie Loudermilk are a retired couple (she a professor and he a cop) who like to travel with their Airstream trailer to various national landmarks. Their wanderlust was inspired in part to get away from the troublesome grown children though invariably their kids would get the parents involved in some damn mischief.

The mother-daughter writing duo of Mary Higgins Clark and Carol Higgins Clark have written several mysteries that come out each Christmas. These feature a mother-daughter detecting team solving such cases as stolen $160 million lottery ticket in a yuletide setting. The two are Nora Regan Reily, a bestselling mystery writer (imagine that?) and her daughter, who is married to a prosecutor, a private eye by the name of Regan Reily. I haven’t read one of these outings, but I take a reviewer at their word when commenting on one of one of these Clarks’ xmas mysteries as being…frothy entertainment.

But then, they sell beaucoup books so I ain’t hatin’ on them – especially not in a Mother’s Day themed blog.

But if you’re looking for, shall we say, a more hardcore mother experience, look no further than the neo-classic The Grifters by Jim Thompson. The book begins with small time conman Roy Dillon stumbling out of a small shop some thirty miles from Los Angeles proper after trying s dodge that earns him a blow to his guts with the butt-end of a bat. More than just a stomach ache, the blow has done internal damage and there’s only one person he can go see — his mama, Lilly.

Roy Dillon’s mother was from a family of backwoods white trash. She was thirteen when she married a thirty-year-old railroad worker, and not quite fourteen when she gave birth to Roy. A month or so after his birth, her husband suffered an accident which made her a widow. Thanks to the circumstances of it happening, it made her well-off by the community’s standards. A whole two hundred dollars a month to spend on herself. Which was right where she meant to spend it.

Photo: Joan Crawford as mother and Ann Blyth as daughter in a shot from the film noir classic, Mildred Pierce.