Last month I had the privilege and rare opportunity to visit Cuba, traveling along with the FourStory crew, friends, and family.  A dozen or so people —  mostly writers, a few academics, artists, an architect, a developer, a high school teacher, a graduate student, and a lady barber.  Good traveling companions.

I confess to tourist status.  What I appreciated most from my short visit was the art, the music, and, of course, the people.  As is often the case, one benefit of the trip was returning with a new lens that lets me  appreciate some things at home with new eyes.

So here is one of my favorite Havana places, with a trackback to home. 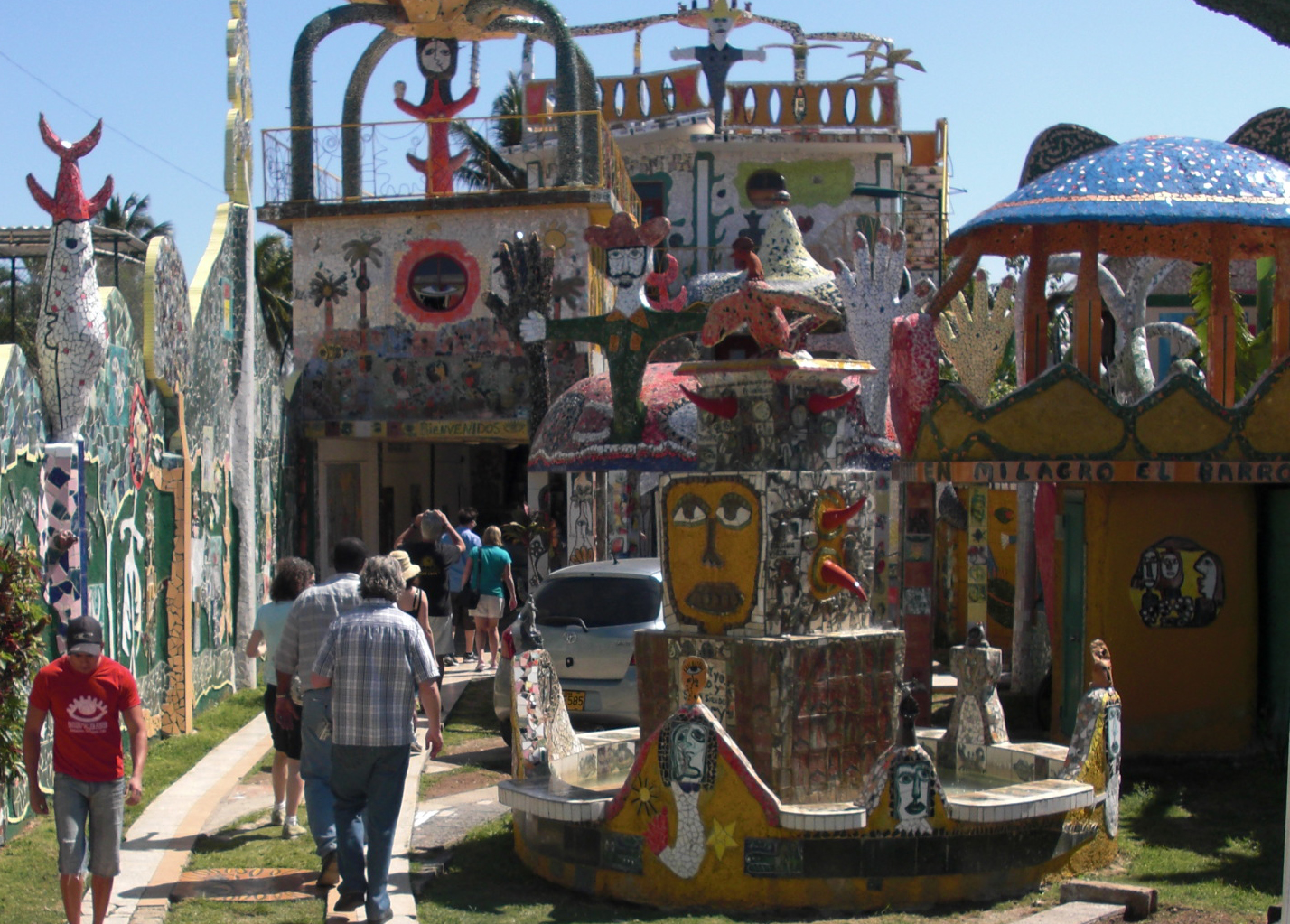 This is a photo of our team entering the amazing home of José Fuster, a disneyland of colorful tile and whimsical comfort.  It is also a deeply political location, in terms of the owner-builder’s idea and practice of art-as-redevelopment in the Jaimanitas neighborhood of Havana.

A Reuters article describes Fuster’s background. He grew up in Santa Fe, not far from Jaimanitas.  When he was 14  he went to Sierra Maestra to teach people how to read as part of the post-revolution literacy campaigns.

“I found art in the Sierra Maestra. The Sierra Maestra was what gave me the inspiration to do art.  There I found  a world I’ve never abandoned — the palm trees, the peasants, the rooster, the horse.”

Upon his return In the 60s, he trained as an artist at the National School for Art Instructors in Havana.  He became famous, exhibiting across Europe as well as in the U.S. (art is exempted from the U.S. trade embargo).  He stayed rooted in the Jaimanitas community and gradually, over the past fifteen years, his house-as-art project spilled over onto the adjacent two streets of  his neighborhood.

Fuster puts his money where his art is.  In addition to paying Cuba’s 50% income tax on his earnings, he happily invests a lot of what remains into the neighborhood.

Here’s an elegant little video interview with Fuster from Havana Cultura where he talk about his art.

Fuster didn’t talk much when we visited.  He did consent to a photo with Jim and Leslie [insert photo] who bought some tiles. 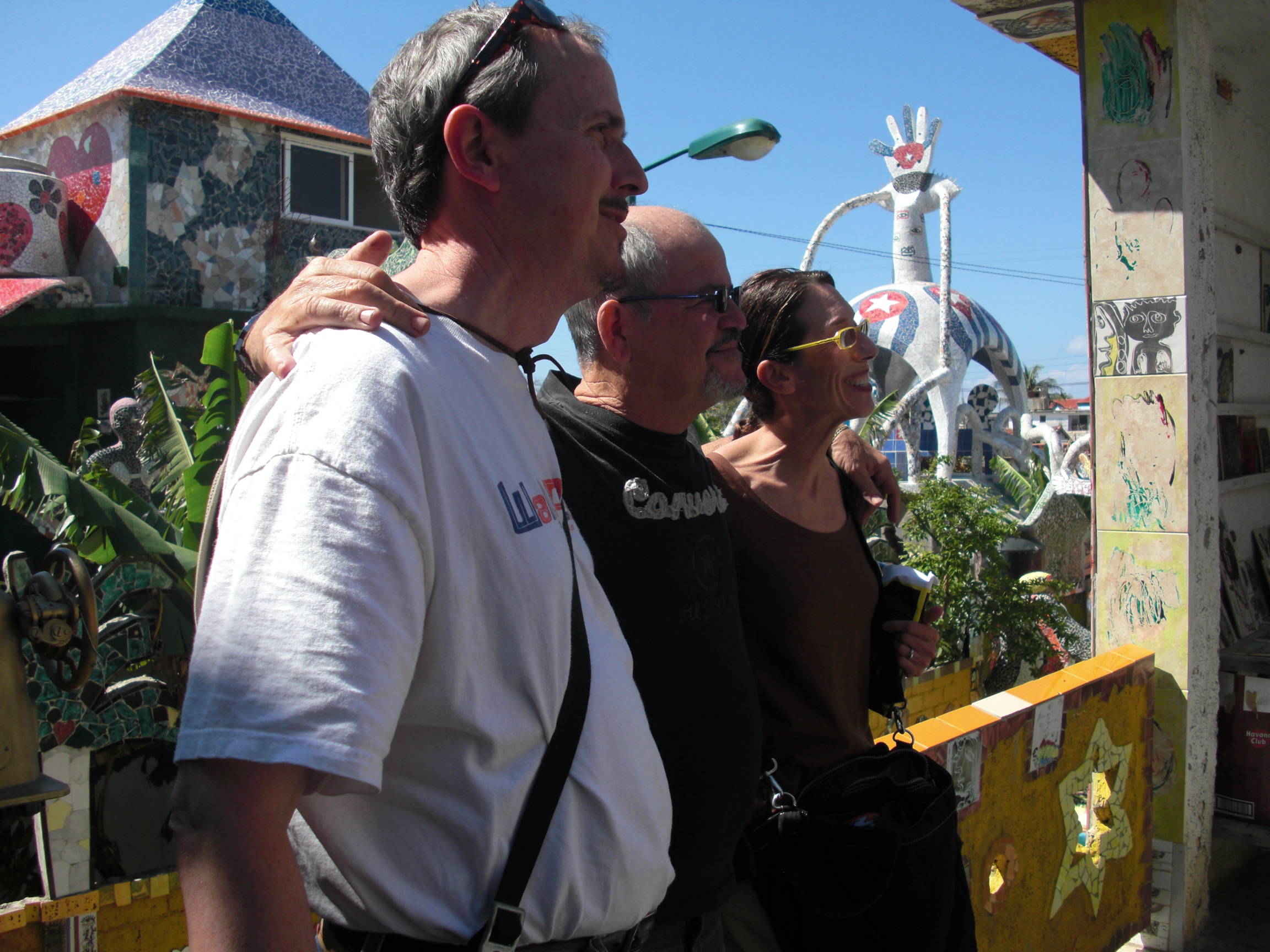 But I think his true personality is best  captured in this video from havanablues where he is happily drinking with iconic Cuban poet, Pablo Armando Fernandez.

Wandering through Fusterlandia, L.A. people like me are likely to be remind reminded of Simon Rodia’s magical Watts Towers. But many don’t know that across the street is a Fuster-ish, equally inventive and ambitious, art-as-redevelopment effort to transform the neighborhood called the “Watts House Project”:http://www.wattshouseproject.org.

The project, organized by artist Edgar Arceneaux — mobilizes volunteer artists, designers, architects, builders, and residents — to transform and improve the homes on the entire block. Here’s a short video interview with Arceneaux about the project:

Here are photos of the Madrigal house — the first to be completed — and one of artist Alexandra Grant’s “Love House” project. 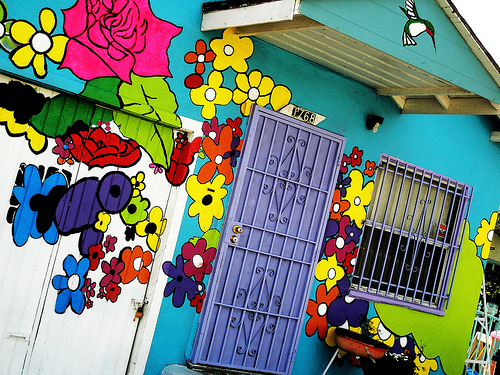 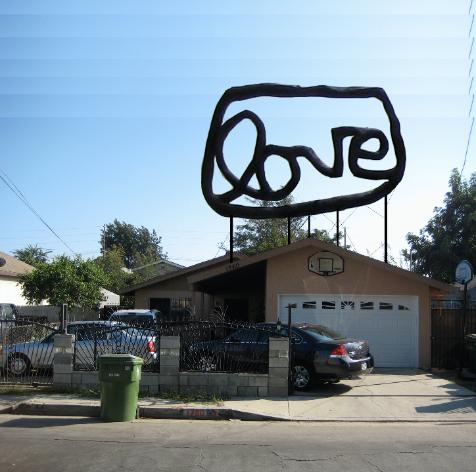 And here is a link to a longer video from Arceneaux’s Getty residency which takes you deeper into the project, its people, and the process, and how artists and planners-turned-artist (like James Rojas, for example) give new meaning and life and joy to urban planning.

One of my favorite quotes in that video is with an old-timer remembering watching Rodia build the Towers as a youth — that he didn’t use scaffolding, and often strapped himself onto the work-in-progress. It reminds me of this snapshot of precarious painters that we passed in old Havana. 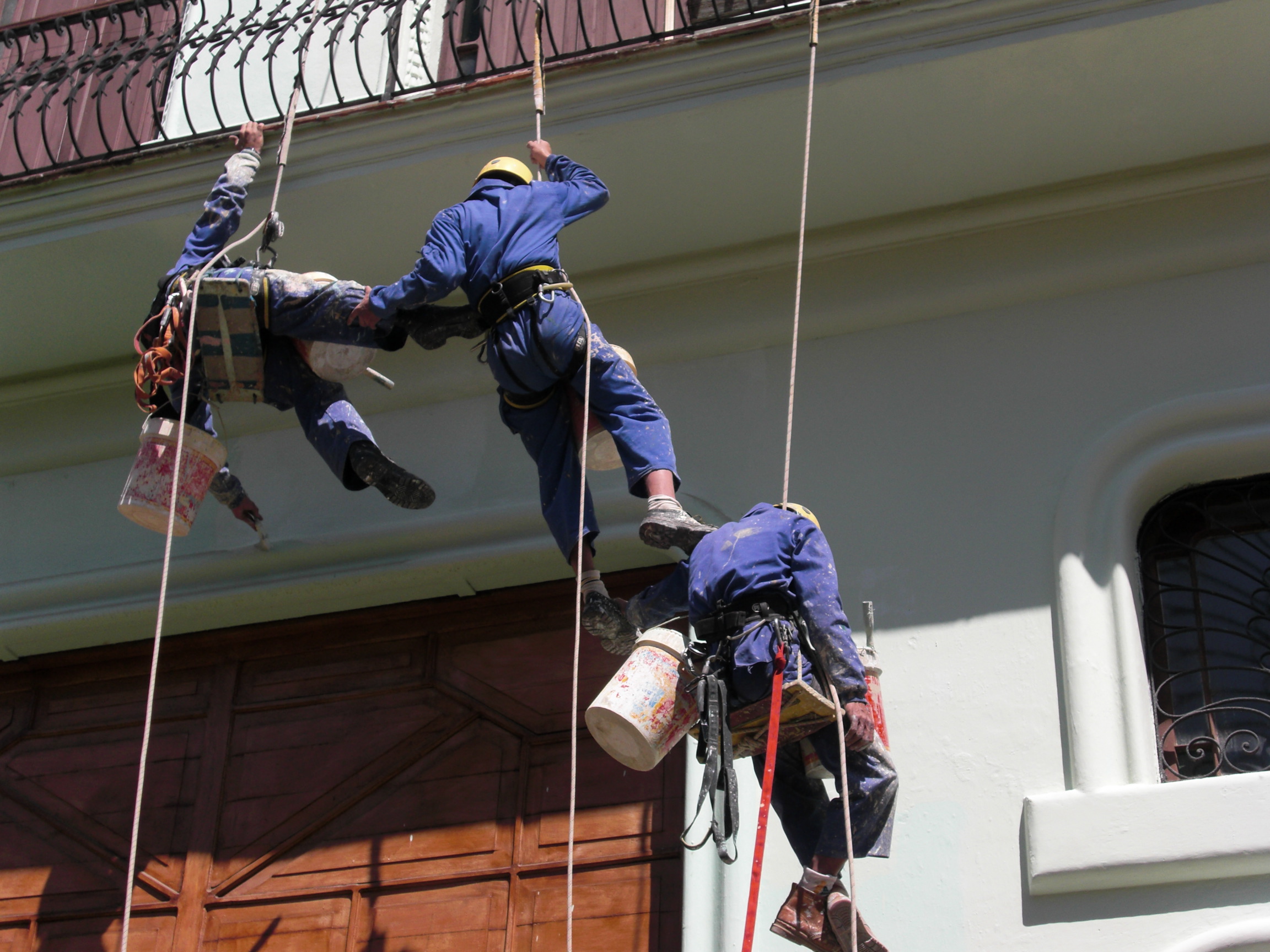