A Time for Real Skills 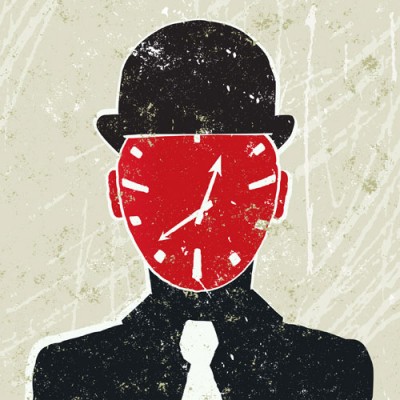 In thinking about historical time, from school we are taught to learn events by what year it happened.  For instance, many events happened in 1848, arguably the most important year of the 19th century: gold is discovered in California; the Treaty of Guadelupe-Hildago is signed; the first women’s conference at Seneca Falls occurs; revolutions happen throughout Europe; Marx writes the Communist Manifesto; and possibly, the modern day condom is invented.  But year is not the only way you can know when an event happened.  You may imagine time in a broader sense like in eras or perhaps in an even more precise sense such as space, month and year. By remembering these events by year, it’s like there is an 1848 bucket of historical events.  Unless you truly understand the sequential roles and relationships of these events, they just happened in the same year.

In January 1998, I was lucky enough to read Dipesh Chakrabarty’s essay, “The Time of History, The Time of the Gods,” in my Race and Marxism class (taught by Lisa Lowe and George Lipsitz).  The crux of this essay argues against the myths of modernity through the lens of multiple epistemologies.  Time is not the same for everyone.  For instance, there are fundamentalists who believe in “messianic time” and are waiting for the next resurrection or divine intervention.  In this framing, everything in between the “time of the gods” is empty time – similar to the 1848 bucket but this year is equal to thousands of years.

Another way to imagine empty time is my imagination as a fair weathered football fan.  As a San Francisco 49er fan, I am stuck in the 1990s – which is when the Niners won their fifth Super Bowl, the most of any team. The Niners won their last Super Bowl in 1994 and other perennially strong teams like the Dallas Cowboys and Pittsburgh Steelers were stuck at four championship rings.  While I objectively know that a Super Bowl is played every year in the last 18 years, I am still surprised to hear that the Steelers now have 6 Super Bowl wins and teams like the Packers and Giants are catching up with 4 wins.  However, in Niner time, those other teams are afterthoughts and the Niners still lead all teams with 5.

Now entering middle age, I have seen a lot of things change in my lifetime – usually change for the worse.  Real income is lower and the rich become richer. Neocolonialism reproduces systems of domination and neoliberalism is running rampant in global cities.  The trends make it difficult to be optimistic that our lives will become better anytime soon.  Why would I invest in a retirement plan?  Wouldn’t I have to be an idiot to have faith in this system – the dominant system destroying peoples’ lives since the Bourgeois Revolution of 1848 – would work for me?

What I realized is for the last twenty years I have been asking people about their real skills because I’ve been waiting for the ensuing apocalypse.  My academic training in reading texts (or reading anything as text) does not help me much with building a house, purifying water, growing vegetables or other real skills, which are necessary in the post-apocalyptic world.  If I’m waiting for the apocalypse as the next key moment of time, then how I think of time itself corresponds to that event.  My two dogs are named Octavia and Butler because I believe her Parable of the Sower is a prophetic story of what will happen in California – which is a collapse of our current system where people live in small communities fighting for the most valuable resources for survival: shelter, water, and food.

Until the apocalypse arrives, the waiting is empty time of preparation.  I may wait for the next episode of Game of Thrones or when the Niners win the Super Bowl, but all my waiting games are in empty time in the broad sense of survival – and possibilities of a new community – but community members must have real skills.  In a period of Late Capital, most of my skills could be classified as bureaucratic technical, but I’m still trying to convince my friends that a strong memory and good sense of direction are real skills – and in the meantime, hopefully I can learn how to grow edible food.